It’s a question that’s been asked for years and the firm’s founder seems to have come up with an answer. Dave Rogers reports

The question of who will succeed Ray O’Rourke is one that has both fascinated the industry and, for O’Rourke personally, probably dogged him ever since he bought Laing Construction 20 years ago. It must be galling to have an industry wonder who will take over from you.

But who will take over the running of the country’s biggest private contractor is now very much on the agenda after O’Rourke told the FT the firm was eyeing a float by 2024.

For a company that has always seemed far happier keeping a low-profile – at one point its media relations team appeared to consist of a sole person at the end of a mobile telephone – staying out of the headlines has always proved impossible. Now it is planning a listing, the interest will only increase.

A bit of  company history 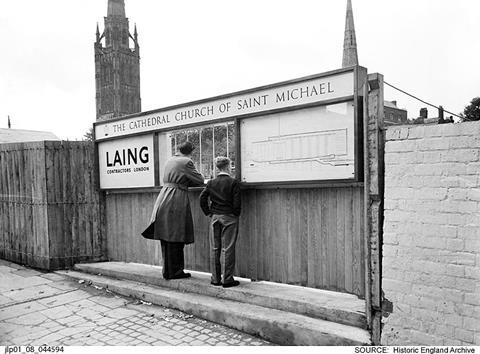 Laing Construction, which helped rebuild the war-damaged Coventry Cathedral, was one of the grandest names in the industry but had fallen foul of problem jobs by the time it was bought by O’Rourke for £1 in 2001

One of O’Rourke’s first moves after buying Laing for £1 in 2001 was to get rid of Laing’s old boss Brian May, a well-regarded and well-liked CEO who later went to head up HBG and then listed engineer Renew Holdings before retiring five years ago, and replace him with Andy White.

A former Manchester City trainee, White started at Laing in the 1970s and was a main board director at Alfred McAlpine before O’Rourke persuaded him to switch to Laing O’Rourke in early 2002.

The feeling at the time was that by bringing in White, a man who knew the patriarchal Laing culture well, O’Rourke would calm nerves among staff at the venerable builder who were alarmed at being taken over by one of its subcontractors and whose no-nonsense reputation was light years away from its own.

To give a flavour of how different the new owners were, one journalist recalls the conversation he had with one of O’Rourke’s now retired lieutenants just as rumours were circulating about White’s arrival.

White, who was given the title of chief operating officer, left after five months in September 2002 with Laing claiming, to much surprise, his work restructuring the business was done. And so began the routine speculation about who would eventually succeed Ray O’Rourke when the time came.

Why a succession plan now?

Given O’Rourke turns 75 next birthday, the question of a successor has assumed more importance now than when Andy White came and went all those years ago.

O’Rourke admits the firm has been talking about a succession plan since the mid-2000s but a string of would-be successors have come and gone, notably Tony Douglas, the charismatic former boss of Heathrow Airport, now running Etihad Airways, and Paul Sheffield, a former chief executive of Kier, who left O’Rourke after three years in 2017. “Paul Sheffield was a class above,” says one client. “He was a bit of a loss, he was smart and came over as a proper CEO.”

Ask many in the industry about what will happen and invariably the answer has been along the lines of ‘there is no real succession plan because Ray O’Rourke can’t ever let go’.

He pays well, brings in big names and then gives them no responsibility because Ray makes every decision

“Ray will never step back unless it’s sold,” says one. “He pays well, brings in big names and then gives them no responsibility because Ray makes every decision,” adds another. 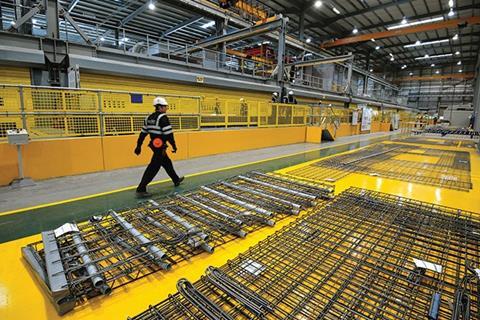 Ray O’Rourke has long been a champion of offsite manufacturing, saying the industry has remained in the dark ages over the issue

As recently as December 2019, when fielding the question for no doubt the umpteenth time, O’Rourke told Building: “If you are asking me the question, am I leaving soon: I hope not. I’m really enjoying what I’m doing and I have a wonderful team of young people around me.”

But this week, on Bank Holiday Monday, O’Rourke broke cover to say in a roundabout way there was some sort of a plan in place. The company would float by 2024 once his successor had been found. “It’s an interesting announcement,” says one industry veteran. “It tells me that they’re now taking succession very seriously. If they want to float, they need to have a succession sorted out.”

Sheffield’s departure came a few months before the firm appointed Sir John Parker as its new chairman. A FTSE 100 veteran, the move prompted talk at the time that Laing O’Rourke was ready to list, especially as the company played up his experience of the City at the time of the announcement in April 2017. “He [O’Rourke] has a very sensible chairman in Parker who is a very serious player,” adds the veteran.

O’Rourke said a float by 2024 would allow the business to get into “good shape”. The firm has been plagued by problems at a disastrous PFI hospital contract in Canada which has racked up cumulative losses of more than £200m although O’Rourke says it is now through the worst.

But the veteran adds: “They can’t float for a bit because they haven’t built up a good track record on profit. Investors either won’t invest or pay much for it if they do.”

Its 2017 accounts and 2018 accounts were also filed months late and in the case of 2017’s numbers they were lodged nearly an entire year after the accounting period ended.

But processes such as filing its annual report in good time are among the things, says another boss, that the firm will have to rectify sharpish.

They need to professionalise their corporate governance. That has to change dramatically if they want to float it

“They need to professionalise their corporate governance. That has to change dramatically if they want to float it. You can’t be filing accounts that late. You need to rebuild that reputation and build that back in order to go public. It’s not been run anything like a plc whereas some private companies are.”

Parker is seen as pivotal in whether the firm will be ready to float. “It requires two to three years’ hard work. There is a lot of due diligence needed in a float. There needs to be a data room, details on every contract. No one is going to invest and hope for the best. They need to have a business that is transparent and investors can see the logic of. Parker has a credible history of corporate governance.”

There is perhaps another reason for going public with a timeframe on a float: to flush out a buyer. “It’s no secret they would talk to people if someone came along,” says one rival. “They are a pure infrastructure business which is attractive and preparing for a sale is similar to preparing for a float. You would need to do the same things – open everything up, let a buyer see what’s what, be completely transparent.”

There were rumours a few years ago a Chinese firm was seriously looking at the business but some in Whitehall might be uneasy a contractor working on sensitive infrastructure contracts such as O’Rourke could end up in Chinese hands. “I can’t see it myself,” one rival says. “But then I don’t see a UK entity buying them either.”

Talk to most people and their respect for O’Rourke is obvious. The deal for Laing, the jobs it has carried out as well as his long championing of offsite manufacturing, well before other groups of his size cottoned on, all adds to his standing as a pioneer, a grandee. But many also wonder where O’Rourke himself fits into a listed Laing O’Rourke.

“At the moment, Ray runs everything and that needs to be broken,” says the industry veteran. Another adds: “When a big call has to be made that’s when he gets involved. People at the moment have limitations on their authority.”

Post float, O’Rourke could leave completely, an even considerably wealthier man than he already is, or he could cash in and stay on in an honorary or non-executive role. “Investors would not want a public company to be run by the 74-year-old who started it,” says one source. So, the question is, who would take over? 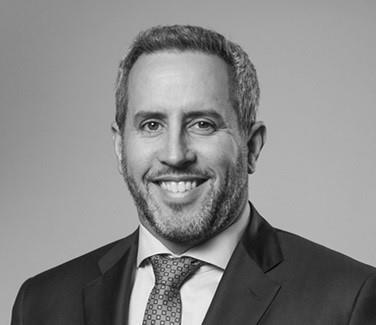 Internally, there are some names being bandied about. O’Rourke’s son Cathal, who runs the Australia business, is one. “He’s capable but I don’t think he wants to come back,” says one former O’Rourke staffer. “He’s happy in Australia.”

Other names mentioned include Declan McGeeney, its director of infrastructure, and Paul McNerney, its UK building director. “Declan and Paul are the ones being groomed as far as I can tell,” says one rival. “Declan is very trusted by Ray but [Declan and Paul] aren’t the finished article yet.”

For one observer there is only one real candidate from outside the business but from within the industry. “It would have to be [Kier chief executive] Andrew Davies. But would he want to have to deal with Ray before a float? Probably not.”

Otherwise, the smart money would be on an industry outsider. Davies, who worked for defence firm BAE Systems for nearly three decades, was one once. He replaced Paul Drechsler as Wates’ boss, Drechsler having swapped 24 years at ICI for a stint in contracting. Last year housebuilder Persimmon followed suit, going outside the industry and appointing the chief executive of transport firm National Express, Dean Finch, as its new boss.

Whoever takes over, one thing is clear – the firing gun on the succession plan seems to have been started for real now. Not that some aren’t bemused by it all. “I’d always assumed it would pass down through the family,” one consultant says. “These guys [like O’Rourke] are smart but I’m always amazed to what extent they don’t plan for the time when they’re no longer here.”