The private and public housing sectors face unprecedented levels of demand for homes people can actually afford, but there is also pressure for new homes to meet higher energy efficiency standards, which comes at a cost. Our roundtable of housing experts gathered to discuss how housebuilders can build sustainably and cheaply 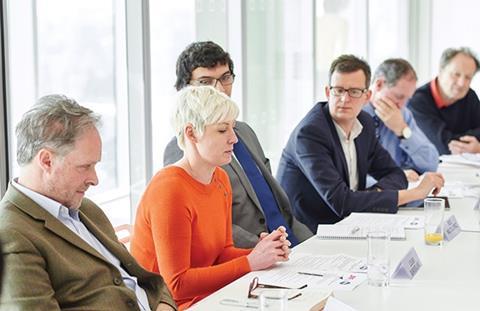 The economy may be back in expansion mode, but budgets are still a lot tighter than in the mid noughties, when the plan to decarbonise the built environment was hatched. Building recently organised a round table debate, pulling together some of the industry’s leading experts, to explore how sustainable housing can be delivered more cheaply.

Sponsored by the Joseph Rowntree Foundation

The starting point for the debate was recently published research carried out by James Morgan of Heriot Watt University on behalf of the Joseph Rowntree Foundation (JRF), which sponsored the debate.

The Building Sustainable Homes research showed that building to the 2016 zero carbon energy standard added up to 12.9% onto build costs. By contrast a mix of simple fabric measures combined with photovoltaic panels would boost construction costs by no more than a relatively modest 4%, the research found.

We want to help people to reduce fuel poverty because we care about our residents. Also the more income our residents receive, the more likely they will pay the rent, so we have an interest too

It’s an issue close to the heart of the JRF, explained John Hocking, the executive director of the Joseph Rowntree Housing Trust (JRFT) - the charity’s housing trust arm. In addition to its role as the UK’s leading social research charity, Hocking said the JRFT is also a social landlord in its own right. While much of its housing stock dates back to its Victorian roots, over the past decade it has been developing a new urban extension to York where its headquarters is located.

Kerry Heath, development and regeneration director of Hexagon Housing Association, said registered social landlords had a mix of motives for building to higher sustainability standards. She said: “We want to help people to reduce fuel poverty because we care about our residents. Also the more income our residents receive, the more likely they will pay the rent, so we have an interest too.”

Ben Derbyshire, managing partner at HTA Design, said that another study, carried out by the Housing Forum in association with BLP Insurance, showed that highly sustainable homes are also very expensive to maintain.

The JRF research also showed that consumers have yet to be convinced that the energy savings, which sustainable housing delivers, justify paying more for low carbon homes. As a result, there is little premium for sustainable homes.

Until that’s the case, according to David Adams, technical director at Willmott Dixon, any additional cost will encounter resistance from contractors. 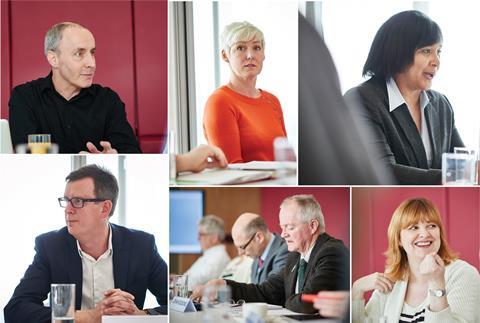 Housebuilders have of course recently been given the option of avoiding the full 2016 standard by using measures to offset the carbon emissions generated by dwellings. Builders can build on site to the equivalent of Level 5 of the Code for Sustainable or meet their sustainability goals by building to the equivalent of Code Level 4 and then compensating for the additional carbon emissions by so called “allowable solutions”, such as paying for existing homes to be insulated or building windfarms.

Morgan said that the JRF research showed that making use of these off-site measures was more cost effective than building to a higher standard onsite.

He said: “The carbon price would have to be £300 per tonne to make it economically attractive to build to Passivhaus standard. Even at £90 per tonne it’s pretty much always cheaper to use allowable solutions than to build on site. At £36 per tonne it’s even cheaper.”

When we see tender documents we are always asked about things like costs, delivery and aesthetics. We have never been asked any really good questions about ensuring that the home performs

Morgan added that from a broader social perspective it made even greater sense to opt for allowable solutions. On current housing construction rates of 150,000 a year, he said it could raise £200m-500m, which could be used to insulate up to 80,000 homes. He suggested that the environment could benefit by going down this route rather than making already highly sustainable homes “a bit” greener. However, he noted concern that innovation in new housing may be stifled if there is no impetus to build beyond current sustainability levels.

Rob Pannell, managing director of the Zero Carbon Hub, said that the allowable solutions deployed had to be as cost effective as possible.

“If we are doing more off-site allowable solutions, I would upgrade existing stock rather than plant 1,000 trees or build a windmill.”

Tony Burton, executive chair of Sustainable Homes backed this approach: “If we are serious about climate change, we have got to acknowledge that 85% of the housing that is going to be around in 2050 is already there - that’s where the challenge really lies.”

Morgan said a modelling exercise carried out by economists at Heriot Watt showed that even building to the 2016 zero carbon standard would result in a shortfall of just under 2%. And this drop would be more than mitigated by increasing the rate of planning permissions, the research found.

A 20% increase in planning permissions would deliver a 3.6% increase in supply, even if those homes were constructed at 2016 standards, he estimated.

Burton agreed with the report’s conclusion on supply. “Compared to other influences, it’s absolutely trivial,” he said.

How do ‘sustainable’ homes perform?

However, it will be hard to convince consumers that it is worthwhile to move into sustainably constructed homes as long as their performance fails to measure up. One of the key recommendations in the JRF report is that Building Regulations need to include a single “as built” performance standard for energy-efficient building.

Pannell said that the construction industry should set itself higher standards. “If they send a wing of an Airbus from Bristol to Toulouse it fits. If we put a window on a building it doesn’t fit - we have to change our attitude to the whole process.”

Robin Nicholson, partner at architect Cullinan Studio, agreed: “It’s a disgrace that we design and build buildings that don’t work. There are all sorts of good reason why they don’t but we don’t challenge ourselves to measure performance.” 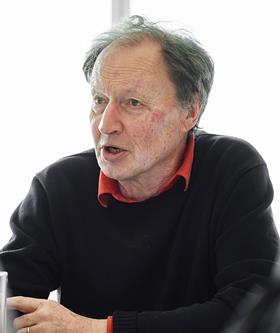 The problem is a circular one though, according to Adams, who pointed out that performance is not a priority for clients, probably because they are under little pressure on the issue from customers.

“When we see tender documents we are always asked about things like costs, delivery and aesthetics. We have never been asked any really good questions about ensuring that the home performs.”

By contrast, he said where display energy certificates are in force performance is further up the agenda.

Another headache is that delivering high quality is intimately connected with the wider skills shortages issues that the industry faces.

Hocking said that this had proved to be a problem for the Joseph Rowntree Housing Trust itself at its Derwenthorpe urban extension. He said: “We face a real challenge in retaining a trained workforce in the current competitive labour market where teams can walk off to another site at short notice.”

One way around this problem is greater use of off-site fabrication. However Louise Sunderland, senior sustainability adviser at the UK Green Building Council, pointed to the difficulty of setting up such facilities when the demand for new homes fluctuated so much due to broader economic conditions.

She said: “We find it very difficult to build up manufacturing capacity for modern methods in this country when there is this boom and bust.” 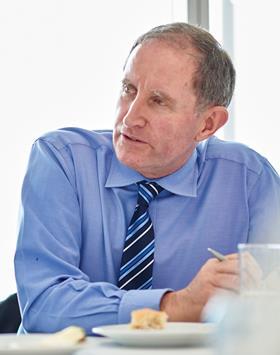 Greater certainty is also need on the policy front too, added Rico Wojtulewicz, policy advisor for the House Builders Association. He said: “Knowing where we want to go in terms of energy efficiency means that we can put training in place.”

However Peter Halsall, chief executive of the Good Homes Alliance, said that growing awareness surrounding performance gave grounds for optimism, offering as an example the decision by Barratt to equip its site managers with thermal imaging cameras to detect heat leakages.

In addition, he said technological improvements in areas like solar photovoltaics meant that it was becoming ever cheaper to build sustainably. He said: “We didn’t used to know that that millimetre gap was a problem but now we do.”

The Building Sustainable Homes research was published in March, a summary or the full report can be downloaded from the JRF website at www.jrf.org.uk/publications/building-sustainable-homes