Visualising the future of design

Architects expect the influence technology has on the design process to rapidly increase over the next decade, according to a survey by software company Unity. Already some firms are seeing the benefits of 3D visualisation software that originated in the gaming industry 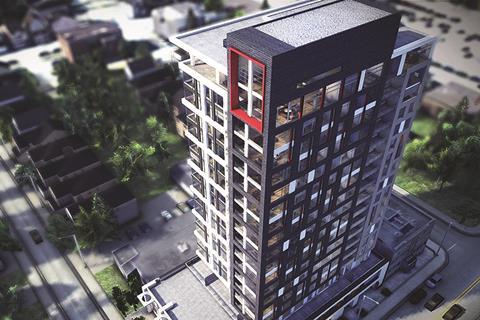 Using ground-breaking technology will aid both your creativity and profitability, an audience of architects and design specialists heard last month.

At an event organised by software company Unity, the 100-strong audience were presented with results from a survey on global technology trends in architecture as well as seeing evidence of how software such as 3D visualisation is being used and influencing the work of leading practices such as Zaha Hadid Architects and Gensler.

The survey, commissioned by Unity, was taken by 967 architects and technology specialists from 95 countries and shows both high levels of confidence on future economic prospects in the sector as well as how influential and core technology will become over the next decade in the architectural sector. 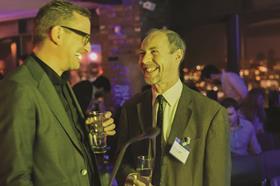 Speaking at the event, held in London’s Westminster, Antony Douglas vice-president for Europe Middle East and Africa at Unity, said there had been an increasing interest from non-gaming industries in their platform and they were taking a “long view” on developing the software specifically for architecture.

Unity’s software is used by an increasing number of game developers - last year games developed on the platform generated £1bn in revenue. Unity’s 3D visualisation software originated in gaming but is also employed by leading brands such as Lego and NASA as well as a growing user base among architects.

The audience saw direct architectural case studies from Zaha Hadid Architects and Gensler. Zaha’s associate Helmut Kinzer said that the firm had been using Unity’s platform for three years and it was already affecting and improving the company’s workflow on design projects. This had particularly helped save time and costs on a residential project the firm was working on in Russia, where the interior aesthetic had to closely match the external design.

Kinzer said technologies such as Unity’s would lead to “enormous change” in the design process. “It will revolutionise the way we view space,” he said.

“The technology offers a new paradigm in terms of visual perspective.” 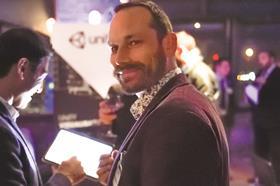 Ruben Derrick, a senior visualizer at Gensler, showcased a variety of projects designed using the Unity platform including a new Microsoft store in Los Angeles. The technology allowed them to specify and display exactly where Microsoft products were placed in the store and significantly increased client engagement in the design process, Derrick said.
Highlight findings from the Unity-commissioned survey include:

Highlights from the 2014 Unity Survey 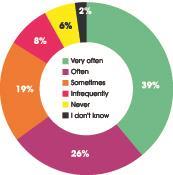 During the pitch/bid process how often do you rely on technology to communicate your ideas? (e.g. rendering engines, real-time, mobile apps, VR etc)

For more detailed results of the survey, go to: try.unity3d.com/report/ or email: mo@unity3d.com