A case for biodiversity offsetting?

Biodiversity offsetting is the government’s answer to the conundrum of how to speed up development while safeguarding the country’s woodland and other environmental habitats. The idea has come under fire from all sides - but also enjoyed some unexpected support 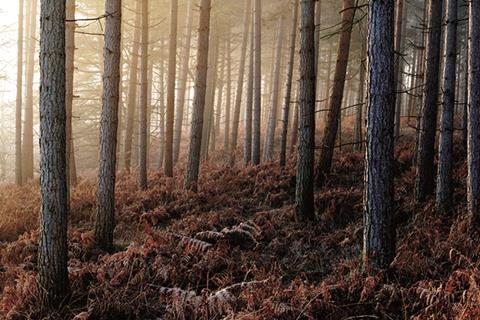 England’s forests have always offered inadvertent political capital. William II was killed in one, Charles II hid in one and folklore would have us believe that Robin Hood used one as an outlaw base from which to harry a tyrannical King John.

Today deforestation continues to be a deeply controversial political issue. Although the practice was arrested in the 20th century, with just 12% of the UK’s land area covered by forests today (this compares to 73% in Finland yet is only 3% down from the figure recorded for England in the Domesday Book) the UK is one of the least densely forested countries in Europe.

A green paper containing draft proposals was issued last September and Paterson plans to prevent a formal bill to parliament this May.

Biodiversity offsetting essentially operates on the same conservation compensation principle as carbon offsetting. In the same way that emissions from environmentally detrimental acts or processes are compensated by carbon credits being issued elsewhere, biodiversity offsetting specifies that any environmental habitat lost or damaged as a result of new development must be compensated by the creation of a new, commensurate habitat somewhere else.

The intention of Defra’s green paper was to formalise a national policy with regard to biodiversity offsetting by implementing more efficient planning mechanisms that made the process quicker, cheaper and easier for developers while delivering jobs and ensuring “no net loss” to the country’s biological fabric. 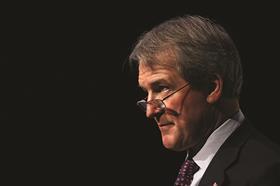 Essentially, the green paper was prompted by growing frustration from both politicians and developers at the delays environmental issues are able to cause major developments. It took just 300 great crested newts to suspend construction and threaten over 1,000 jobs at developer Oakgate Group’s £90m Monks Cross shopping centre in York last January and even Land Securities, the UK’s biggest developer, was powerless when faced with the 85 nightingales that were able to halt its £1bn, 5,000-unit Lodge Hill housing development in Kent last spring. The chancellor of the exchequer has been said to bemoan the ubiquity of “feathered obstacles to development”.

Crucially, section 5.6 of the green paper clearly states the following: “Some habitats are impossible to recreate on a meaningful timetable. Ancient woodland and limestone pavement fall into this category. Any development which damages these habitats effectively leads to an irreversible loss.”

While the wording does not specifically prohibit development on the sites concerned, it does identify their special value and recognises the huge environmental damage their loss could cause. However, in an apparent contradiction of this clause, last month Paterson appeared to suggest that the biodiversity offsetting principle could be used to allow development on ancient woodland if developers agreed to plant 100 trees for every single tree felled.

Outrage followed with scores of campaigners joining forces to condemn the plans and issue dire warnings of the damage to the environment they believe could be caused if they were implemented. The Woodland Trust summarised the opposition to the proposals by claiming that they could provide developers with a “licence to trash the environment”.

Many of the little fragments of habitat that remain in the UK are irreplaceable. New plantings will not restore what has been lost, at least not for centuries

Tony Juniper, Friends of the Earth

Others expand on the theme with equal disdain. “It’s the quality of forests that’s important,” maintains Friends of the Earth campaigner Paul de Zylva, “not just the quantity of trees.” Friends of the Earth executive director Tony Juniper elaborates by insisting that “the destruction of ancient woodland is non-negotiable”. He claims that the proposals raise serious issues, citing HS2 as an example of current development pressures that are “huge and mounting […] Many of the little fragments of habitat that remain in the UK are irreplaceable […] New plantings will not restore what has been lost, at least not for centuries”.

The issue of the comparative age of ancient trees and their replacements has particularly irked campaigners and even Paterson concedes that his plans are a “long-term investment” which could well see the present generation missing out if ancient woodland is cut down in exchange for trees that may not reach maturity for decades.

The distance of the new offset habitat from the old has also attracted criticism, with current proposals apparently opening up the possibility of replacement sites being located miles away from redeveloped habitats. The green paper generally takes an opaque view on this conceding that while “limiting the location of offsets could […] help preserve local diversity”, it might also fragment the market geographically, potentially pushing up costs and reducing […] flexibility.”

But criticism has not just come from environmental campaigners, it has also emanated from perhaps a more unlikely source. The British Property Federation represents the interests of UK developers and as their assistant director of sustainability Patrick Brown explains, they too have several objections to the government’s current plans. 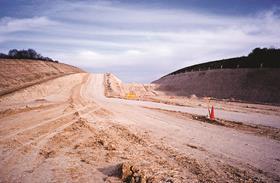 “As well as protecting the environment, one of the headline objectives of the plans is to speed up development but I’m not convinced that that will work. A lot of planning negotiation will still be required at local level and neither section 106 nor the Community Infrastructure Levy (CIL) is necessarily designed as the best mechanism to protect biodiversity and deliver replacement habitats. Particularly in these current economic times, it’s unlikely that local authorities are going to want to prioritise ecology when deciding how to spend CIL revenue.

“The plans also present quite a narrow metric but we need to look at a much broader spectrum of concerns and ensure that whatever policy is chosen works hand and glove with the planning system.” Brown also expresses doubts about the robustness of the legal common-law framework required to protect replacement habitat sites from development over a number of years. Recent history provides worrying evidence of this possibility: barely five years after the long-contested M3 was built through Twyford Down in 1994, the replacement chalk grasslands created as ecological compensation were converted into a car park.

Brown also remains unconvinced by the several international precedents cited in the green paper. While the paper makes great play of the fact that biodiversity offsetting already operates in places like Australia and the USA, (admittedly, countries with denser forest coverage than the UK’s - 19% and 33% respectively), he maintains that he is yet to see a “convincing, independent, international post-hoc evaluation study that makes an effective case for biodiversity offsetting”.

So, how likely is it that the government’s proposals will actually lead to the desecration of England’s ancient woodland? “Not very,” surmises John Slaughter of housing lobbyists the Home Builders Federation, who struggles to see why exactly the proposals have ignited such ire from campaigners. “The green paper makes no mention of bulldozing ancient forests and of course we’d be in total opposition to that kind of policy if it were ever proposed.”

Slaughter and his organisation welcome the principle of the government’s plans. “There have already been instances where this kind of off-site mitigation has been used in the past, Thames Basin Heaths special protection area is a good example. The real novelty of the new proposals is the setting up of a national framework to deliver mitigation. Establishing a common reference point and metric to deal with issues of compensation when they arise during the planning process will not only be helpful but will ensure national consistency.”

But Slaughter also presents key commercial caveats. “The detail is also important; there’s no point establishing a metric that becomes so complex that users lose interest. The response should vary from site to site. The government also needs to be careful about not boxing people in; the new policy has to create the right incentive for engagement in order for it to be efficient.” For both Brown and Slaughter, a key aspect of this is voluntary and not mandatory participation. As Slaughter explains: “If it’s going to work, it’s got to be attractive in market terms.”

Needless to say, voluntary developer participation in a flexible, empirically-based environmental compensation scheme is the antithesis of what Juniper and his sympathisers want to see the government deliver. “An offset that is subject to regulatory oversight should be compulsorily required, explicitly designed to achieve a net commercial gain and determined in consultation with conservation groups,” he says. “Developers would pay for it, [and] rare and protected habitats should be sacrosanct.” 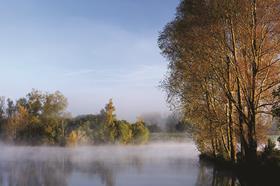 Clearly then there is still a significant breach between those broadly in support of the government’s proposals and those against them. What is interesting is that the two camps do not necessarily fall into the traditional stereotypes of developer vs environmentalist. Widespread awareness of the genuine complexity of the challenge of how we encourage development while protecting the environment has led to a broad variety of responses from sometimes unexpected sources.

For instance, despite being concerned with the detail of the biodiversity proposals as they stand, the Woodland Trust recognises the potential of biodiversity offsetting as a mechanism to ensure environmental responsibility. “An offsetting scheme could be a welcome and explicit way of ensuring any developer pays for environmental damage, endorsed by the planning system in a way that does not happen now.”

Equally, while the Wildlife Trust would have preferred the green paper to have been compiled after the results from six offsetting pilot schemes set to be published later this year, it concedes that biodiversity offsetting might be an effective legislative tool. “[It’s] not the only solution but the scale and nature of the problem means it is worth at least considering, with necessary caution and as part of a wider set of approaches.”

It is these approaches that the environment secretary and Defra will now be considering in advance of presenting a formal policy to parliament in the spring. Custodians of England’s ancient woodland will be hoping that this will be one green paper that will live up to its name.