2
A look inside Terminal 5
Focus

A look inside Terminal 5 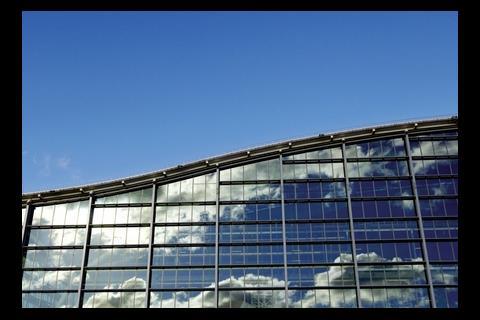 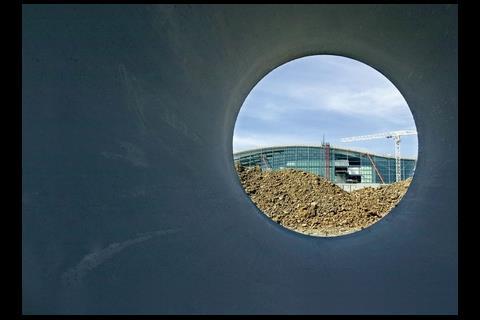 Progressive waste management at The largest construction site in europe could make a huge dent in the industry’s waste footprint. was the opportunity missed at T5, or did it blaze a trail?

If there was ever one project that could make a real difference to the UK’s construction waste mountain it has to be Heathrow’s Terminal 5. The £4.2bn scheme is the largest in Europe and has gobbled up several million tonnes of materials. But when construction started in September 2002, environmentally responsible approaches to construction were still primitive, with building waste low on the project team’s list of priorities. As the giant terminal nears completion, is it the last of the dinosaurs, or does it herald a brave new age of responsible waste management?

The good news is that it’s the latter. Indeed, the construction industry could learn a lot about waste minimisation from the way T5 has been procured and built. Clients are ideally placed to drive waste minimisation through all stages of a project and BAA is a good example of how this should be done. It wanted to minimise its impact on the environment right from the start.

“BAA put together an environmental policy at the beginning of the project which set out its commitment to the environment at T5,” says Rebecca Auckland, the environment manager at T5. “One issue was the impact of waste during the design, construction and operation of the terminal.”

BAA ticks all the right boxes when it comes to waste minimisation. It has designed out waste, prefabricated as much of the building as possible, used consolidation centres and recycled its waste materials. How has it done it?

The first stage was to get everyone associated with the project to sign up to an environmental management plan. That included elements such as pollution reduction, minimising the impact of the building on the local ecology and reducing waste. Designing out waste has been central to this policy, for example by standardising wall sizes to reduce plasterboard waste, and using prefabrication. Everyone involved in the construction side of the building has signed up and all are obliged to monitor and minimise their production of waste.

Auckland works closely with the construction teams to reduce waste. BAA has an environmental awareness and training programme, which targets everyone from project managers to site workers. At project management level there is a monthly forum where teams from the 16 sub-projects making up the main scheme can get together and share best practice.

Auckland cites an example where one team found a novel way to deal with the problem of having to reclassify whole skips as hazardous waste because workers were throwing aerosol cans into them. Because these are pressurised they are classified as hazardous waste, which is expensive to dispose of. “They were not being properly segregated, so when a can was given to someone their name was put on it. If they threw this into a skip you could see who was responsible,” she explains. “It worked really well and has been fed back to the rest of the project management teams.”

At site engineer level Auckland explores what sort of waste is likely to be produced before work starts.

She can then work out ways to reduce it. This is backed up by training for site workers, toolbox talks and special face-to-face sessions that are used to explain what BAA is trying to achieve at T5.

When a can was given to someone their name was put on it. If they threw this into [the wrong] skip you could see who was responsible

It is an opportunity for Auckland to learn too. “The key thing is to listen to what they are saying,” she says. “If they have to walk halfway across the site to recycle something they won’t do it.”

Getting out on site is also important.

“I look in skips quite a lot,” laughs Auckland. She carries out site inspections with the suppliers, looking at levels of waste segregation, how materials are being stored and ideas for reducing waste. It is another opportunity to get the waste reduction message across. “It’s a useful way of engaging with the workforce as you can chat to the guys and communicate best practice,” explains Auckland.

Inevitably, site operations do produce some waste. Workers are encouraged to segregate waste; there are dedicated skips for cardboard, metal and timber placed near working areas. Operations that produce lots of the same type of waste have dedicated skips – for example, skips for waste cable are provided where wiring is being installed, and skips for plastic drainage offcuts were used when the guttering was being put in place.

Mixed waste is also recycled: it is sorted by local company Ethos Recycling, which collects all the waste from T5. The recycling rate at T5 is over 85%.

Wherever possible, waste materials are reused at T5. Waste concrete is crushed and turned into aggregates. More than 300,000 tonnes of material have been recycled in this way with a further 80,000 tonnes of recycled aggregates brought onto site from other sources. Crushed glass from local bottle banks has been used to build temporary roads around the site. Virtually no soil has left the site – more than 6.5 million m3 have been reused for landscaping and back fill.

Has the environmental policy been a success at T5? Auckland says it is hard to put precise figures on waste reduction rates because of the size of the project. “It has been quite difficult to capture the data,” she says. “Materials are reused at ground level by the guys themselves and it quite difficult to monitor that. For example, some of the guys have been reusing concrete shuttering as a protective material for flooring.” Auckland adds that BAA now monitors waste reduction rates on current projects.

What is the key lesson to the industry from T5? According to Auckland, a strong client is the important first step but a committed workforce is just as vital. “The key thing we have learned is strong leadership and setting out what you want, but also recognising that a lot of this comes from the ground so you need to get the buy-in of the workforce,” she explains.

If everyone in the industry followed this example of best practice, the UK's construction waste mountain could be turned into a small hill.