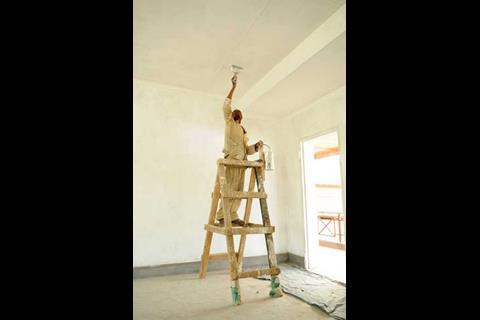 Putting the finishing touches to the building 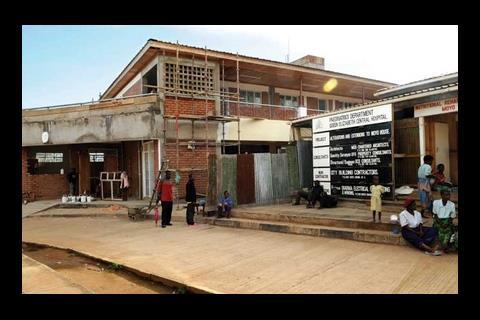 The new ward is a two-storey building with a reinforced concrete frame, brick cladding and a timber and corrugated iron roof 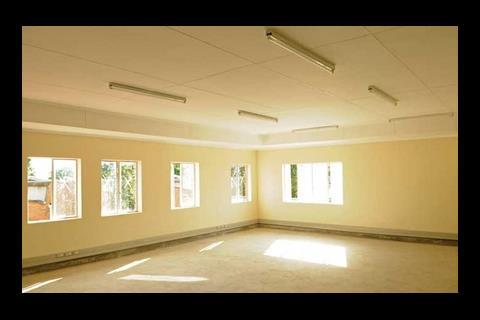 Unicef doesn’t usually spend money on buildings, but when the Alliance Ball raised £400k for its cause, an exception was made for this children’s hospital in Malawi. Thomas Lane found out what happened next

When you dip into your pocket for the charity collection at industry dinners do you ever wonder what actually happens to the money? What follows should shed some light on this question, specifically what happened to £222,500 of the £402,000 raised at the 2007 Alliance Ball. This is an annual fundraising evening which, since it was founded in 2001, has raised some £1.37m for children’s charity Unicef. In 2008, the editorship of this issue of Building was auctioned for £16,000, money that will help construct a school in Masuku, Malawi, but the year before, the main beneficary was a hospital in Blantyre, also in Malawi.

The Moyo House nutritional rehabilitation unit is attached to the Queen Elizabeth Hospital and is one of 95 such units in Malawi that help chronically malnourished children, many of whom are suffering from Aids. Moyo House is the biggest nutritional rehabilitation unit in the country and admits 60 children a month when food is plentiful, and 300 just before the harvest when food is short. The unit consists of two buildings – a 26-bed ward, built in the nineties, and the main ward, which was built in the seventies and was in very poor condition.

It’s unusual for Unicef to spend money on buildings. “They have had terrible problems with buildings overseas,” says Stanhope’s Peter Rogers, who is a guardian of Unicef and a member of the Alliance Ball committee. “When we first talked to them two years ago they were quite reluctant to do it.”

But as the hospital was in desperate need, Unicef agreed to help. It reasoned that Malawi had a skilled population and enough infrastructure to make the project viable, and because QEII was a teaching hospital it would train nurses and doctors who could go and work in other parts of the country.

The plan was to demolish the seventies building and build a two-storey replacement with 40 beds on the ground floor and lecture rooms, offices and a library above. The nineties building would be used to house patients while this took place, and would then be refurbished with a new kitchen. The work took place in the dry season.

The job was overseen by Irish project manager John Valentine, who has lived in Malawi for 20 years and has his own project management practice. “Despite being one of the poorest nations in the world, it’s very peaceful and secure. It’s a beautiful country with wonderful people,” he says.

The enabling works included putting up timber sheeting around two verandas on the newer building to create a more habitable space. The site was so small that materials had to be delivered as they were needed rather than in advance.

In April the building was demolished – by hand – and all the materials were offered to hospital staff to re-use.

If you need 10,000 bricks, someone with a lorry will go around the villages and collect enough

Like most such projects in developing countries, the building has an in-situ, reinforced concrete frame. Fortunately, the only factory in Malawi that makes cement is in Blantyre, and the sand could also be sourced locally: “If you need sand in the UK you ring up the builders merchant and get it delivered,” says Valentine. “Here someone goes to the river, shovels sand into a truck, brings it to site and shovels it out again.” The sand had to be sieved to get rid of impurities.

Luckily water was available on site, but even that ran dry for a time so it had to be brought in. Concrete was mixed in a site-based mixer, put into a wheelbarrow and placed using ramps.

The building facade and internal walls were constructed using two types of brick. “In the UK you are used to a fantastic selection of bricks,” says Valentine. “In Malawi there are two types – field bricks and factory-made ones. The field bricks are made by guys in villages. They are fired using timber – which heavily affects the environment – and come in all shapes and sizes. If you need 10,000 bricks, someone with a lorry will go around the villages and collect enough.”

Field bricks are cheap and were used to build internal partitions. These were rendered with sand and cement and finished with lime putty, a sort of slurry that hardens and provides a smooth surface for painting. The more expensive factory-made bricks, which are more even in size and colour than field bricks, were used for the facade.

Like nearly everything else on this building, the windows were either factory-made or knocked together in the villages using imported steel sections. Valentine opted for decent quality steel windows made in a local factory. “If you want a less expensive window there are people who can fabricate any shape you want, but they do it working out in the open with handheld hacksaws,” he says.

The roof was relatively straightforward – built from local timber and clad with corrugated iron. With all these elements in place the building was ready for the rains, which started at the end of the year. “We had an incredibly heavy rainstorm today,” says Valentine. “Water was flowing through the school’s corridors, but the roof was fine.”

Unfortunately, one simple element got the better of the project team. “We ordered the stainless steel sinks in August but we didn’t get them until January,” sighs Valentine. They had to be sourced from abroad, and this prevented the handover of the building at the beginning of the year. It is being handed over now and the team is working on refurbishing the existing building. By the end of February, work should be finished and ready for the 1,800 children admitted each year.