A VAT gift to cowboys?

The government’s VAT hike to 20% this month has been met with dismay throughout construction. But while some sectors will be exempt, small builders are bound to be hit as cash-strapped homeowners turn to the black market 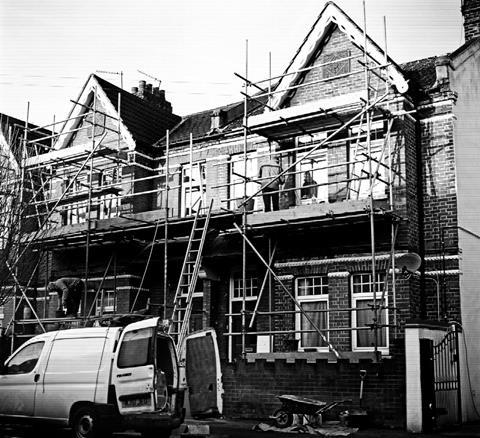 The coalition government’s decision to increase VAT from 17.5% to 20% has already led to widespread claims that the move will cost construction industry jobs and lead builders to increase prices.

Research by the Federation of Master Builders shows that 11,400 jobs may be at risk over the next decade. In addition, the higher rate of VAT is expected to lead to higher inflation in the construction sector. And the small builders - who carry out much of the domestic work that is affected by the rise in VAT prices - worry that homeowners will turn to the black market cash-in-hand cowboys. So why is it so damaging?

Suzannah Nichol, chief executive of the National Specialist Contractors Council, expects the bigger house improvement projects to come under threat. She says: “A 2.5% increase [in VAT] might make someone think twice before undertaking a larger project, such as an extension to their house.”

One industry analyst said: “The VAT increase is bound to have an impact on prices. We have heard that some firms increased materials prices at the end of 2010, so that the VAT increase could be absorbed in 2011. The practice of companies absorbing the VAT increase themselves may continue over the short term but is unlikely to last because of its impact on margins. “

The domestic building sector will be worst hit, because individuals are unable to reclaim the VAT element of materials prices and building work.

The FMB believes that the VAT increase will reduce demand for domestic repair, maintenance and improvement work by 2%. Brian Berry, its director of external affairs, says: “The simple solution is to reduce the rate of VAT on home repairs as this offers the best hope of encouraging take up of the government’s Green Deal as well as helping to create jobs in the construction sector.”

In contrast, a previous report, put together by the FMB, Experian and the RICS, said more than 24,000 construction jobs and 31,000 wider economy jobs would be created by a 5% cut in VAT on domestic repairs and maintenance work.

Below the directors of three building firms at the sharp end of the rise warn of the impact the increase will have on their businesses.

’The black economy will exploit this situation’ 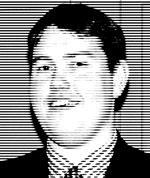 Julian Weightman, Border craft homes
Julian Weightman has worked in construction for over a decade and has never seen so many cowboy builders in Northumberland, where his firm is based. He is in no doubt the VAT hike will make the situation worse. “It’s a 20% head start for the cowboy,” Weightman says. “We have noticed a considerable change in the number of jobs we are losing to the black market recently and that’s going to get even worse because this VAT rise gives them an even bigger advantage than before.”

Weightman is the owner of Border Craft Homes, a £1m turnover company offering housebuilding, extensions, renovations and refurbishments around Hexham in Northumberland. The 114-strong firm does the bulk of its work in home improvements, but has worked on bigger projects too. After a challenging 2010, Weightman believes an increase in VAT is the last thing his business needs. “The black economy will look to exploit this situation, it’s a big problem here,” he says.

VAT has long been a bugbear for residential builders, especially when much of the industry enjoys reduced rates or exemptions. Weightman believes simplification of the VAT system is long overdue if the government wants to clamp down on rogue traders. “Even if the rate was 50% but we all had to charge it, that wouldn’t matter, as we’d all be in the same boat. At the moment it’s a case of who can avoid it and it’s just not right.” 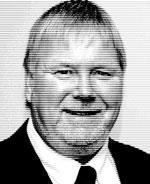 Glen Mellor, E&G Mellor & sons
2010 was a difficult year for Glen Mellor’s family business. E&G Mellor & Sons only managed to get through 2010 thanks to a year-long refurbishment job they secured in November 2009. But now that job’s finished, new work has all but dried up. Mellor is “seriously concerned” about the prospects for the 56-year-old firm this year. The Oldham company typically does home improvement work and has a turnover of £250-350k. He is dismayed at the government’s decision to raise VAT and believes HMRC does not understand what is happening to the industry. “Last year I attended an FMB meeting on tax and asked a spokesperson from HMRC if they thought the VAT increase would benefit the black economy. She told me: “the black economy is full”. It’s a joke. The government is so naive they don’t actually see what is happening.”

The recession took its toll on Mellor’s business last year. Profit was very limited and Mellor, his brother and partner and an employee got by on meagre incomes. Mellor has taken to walking to most places, because the firm struggles to meet rising fuel costs. He says the VAT rise will be a further burden. “It’s another added cost at a time when our materials costs are going up. Our last job was worth £50,000 - 2.5% on that makes a hell of a difference.” Prospects for work look bleak as many people in the area got work done before Christmas to beat the VAT rise, he says. 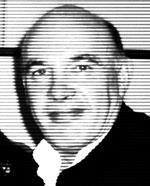 Chris Maffei, MAF Design & Build
Tough times and the additional cost of VAT have prompted a new business strategy at Lancashire builders MAF Design and Build. The £1m-turnover firm plans to seek work aggressively to maintain the same profit at reduced margins. “It’s not a great business model but there’s nothing else you can do in these times,” says Chris Maffei, owner and director of MAF. The firm does housebuilding, extensions, home improvements and refurbishments. He plans to network widely to bring in business - a strategy that has paid off for eight years.

But less proactive builders are suffering, he says. “I can’t tell you how many builders are just sat at home at the moment.”

The VAT rise will make a difficult market even more hazardous, Maffei says. He is battling against a growing black market of people who claim not to charge VAT. “A woman asked me the other day: ’If I pay in cash would it knock VAT off the price?’ I had to tell her :’You think you’re wanting a guarantee?’ There are lots of customers trying to cut corners.” Maffei says there is a growing problem of hard-up customers not paying for work. “It’s almost like a plague,” he says.

The VAT rise adds to the problems of firms that “try to do things correctly”, Maffei says. “There’s no work about and VAT makes it worse.” He also thinks it’s shortsighted. “It’s always been the building industry that gets us out of recession. I don’t think anyone in this government understands what’s going on.”