When a retail and residential project in London was obliged to hold on to an existing 120-year-old facade, the bold solution was an innovative sliding and support system, as Ike Ijeh explains 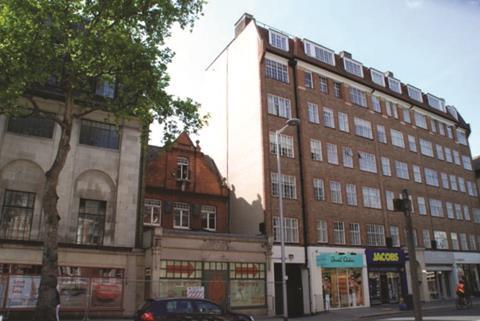 Facade retention has been accepted practice in the building industry for decades. While some heritage purists dismiss it as cosmetic artifice, most view it as an essential construction solution for combining progressive redevelopment and historic conservation. In more radical cases, facade demolition and reconstruction is also considered a viable conservation alternative, ensuring greater structural flexibility while once again maintaining historic character.

But what about facade transportation? Can moving historic facades rather than reinforcing or rebuilding them ever be a feasible option? Chenil House, a retail and residential refurbishment project on London’s glamorous King’s Road, may offer some clues. 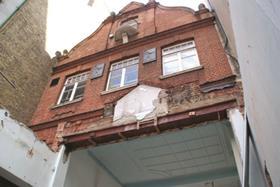 Planning constraints insisted that the plot’s distinctive 120-year-old Dutch gable facade must be maintained. However, the upper two floors of the elevation were set back 3m from the storey below and the neighbouring street frontage on either side. To maximise the footprint of the new development, it was decided to move the existing facade forward to follow the adjacent building lines.
To make things more difficult, the site offered extremely limited access and was squeezed between buildings on either side. A crane lift of the wall was also ruled out due the impracticality of closing the King’s Road to traffic. Furthermore, the structural integrity of the wall had degraded severely over time with chronic horizontal and vertical bowing, loose masonry and visible movement in recent repointing. 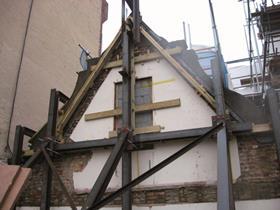 But the icing on the cake was not structural but statutory. The planners had rejected initial proposals to carefully dismantle the wall and reconstruct it in the required new location and had insisted that the facade be retained intact. It was clear that an otherwise straightforward refurbishment was set to become a monumental engineering and logistical challenge.

The gable wall itself is approximately 6.8m wide and 8.5m from first floor slab level to its apex. It is constructed from 215 red stock facing bricks with corbel courses and Portland stone decorative features in the late Victorian arts and crafts style. The wall was estimated to weigh about 25 tonnes.

An innovative wall sliding and support strategy was devised by structural engineer Adams Kara Taylor II. The process first involved independently bracing the gable wall to enable the demolition of the existing internal floors and roof behind it. A large reinforced concrete beam spanning the gable was then installed beneath it at first floor level and fixed at each end. This provided support for the wall above while the internal brick arch and steel beams below it were removed.

This is a true remodelling of an existing building, integrating the old with new methods of construction

The most ambitious element of the strategy involved the construction of two key steel bracing frames, both of which had to be carefully set out to avoid clashing with existing and proposed structural elements. The first was a steel table frame extending through the ground and basement storeys onto new foundations below. This then supported a steel travelling frame, running on wheeled skates, fixed to two 300 x 90mm PFC track beams.

The travelling frame incorporated diagonal bracing struts and a kentledge support to secure the wall and counteract the lateral forces that the demolition of the original structure would make it susceptible to. The kentledge platform carried a stack of dense 100mm concrete blocks, weighing around 12 tonnes. With contingency load overprovision also added, this meant the total weight that would be moving would be about 40 tonnes. 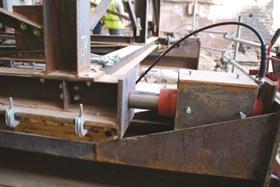 One of the horizontal jacks

To actually move the wall, the design team settled on a horizontal hydraulic jacking system. A jack with a 3m stroke proved difficult to source, so two jacks with shorter strokes and a 50-tonne load capacity were placed on each track. These would thrust against the skates behind the wall, causing it to move.

Prior to the move, window openings were infilled with blockwork for extra stiffness and additional timber packers and wedges were installed to securely clamp the fragile brickwork to its steel bracing frame.

Eventually, once the wall had been fully secured and demolition of the existing structure was complete, the moving process began. The horizontal jacks exerted a force of two tonnes to generate initial movement and the wall was moved in steady increments of 300mm every five minutes.

The entire operation was completed in just one day. The bracing and support structure was left in place until the permanent reinforced concrete frame was completed.

Adam Taylor of AKT II describes the ambitious wall relocation scheme as a “true remodelling of an existing building, integrating the old with new methods of construction.”He also cites that the proposals were closely developed by the client and planners in order to upgrade the building “while maintaining the integrity of the Kings Road streetscape and frontage”.

The radical scheme certainly represents a genuinely sustainable alternative to demolition and reconstruction. Although such a complex structural strategy may not always be realistic in areas where the developer cannot recoup the precipitous rents available on the King’s Road, Chenil House proves that facade transportation can form a creative solution to a challenging refurbishment and conservation brief.

SIX STAGES OF THE SLIDING SYSTEM 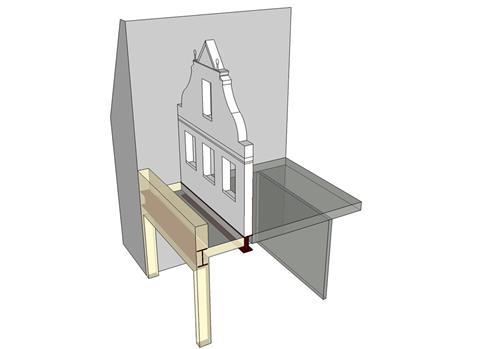 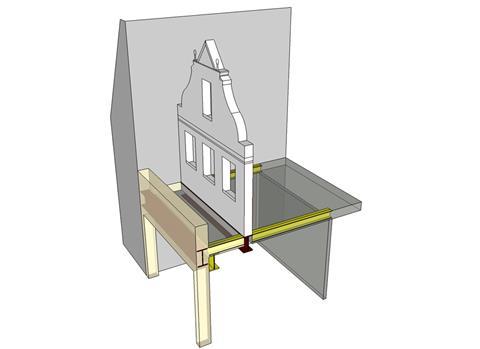 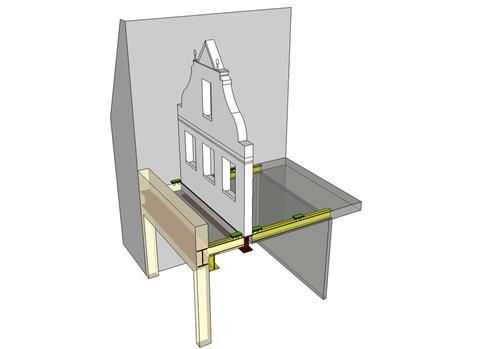 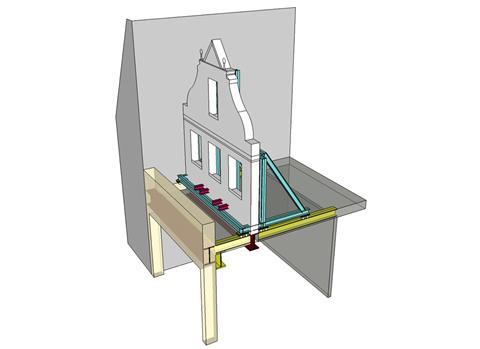 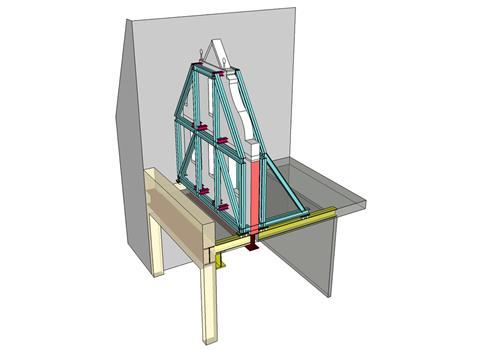 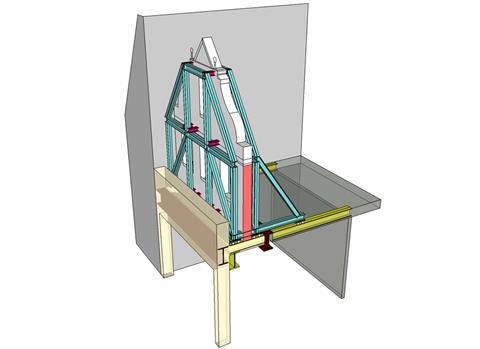