Asia markets: ‘Anyone who is not looking at Asia should be’ 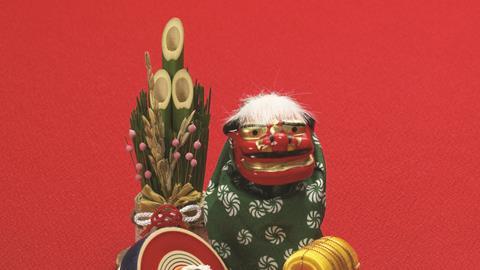 UK firms have known about the boom in Asia for some time, but now it’s become a region they simply cannot afford to ignore. Emily Wright reports on a part of the world that will spend $440bn a year on infrastructure

Never has the phrase “eastern promise” been more pertinent. The opportunity for UK construction companies to win work in Asia in 2012 and beyond could be a game changer. But it’s going to mean some savvy manoeuvring on your part.

While the European markets falter, economies across the Far East remain strong. China and India in particular continue to grow rapidly. China is expected to take a 21% share of GDP by 2020, up from 15% this year. The Indian economy has been largely unaffected by the global economic slowdown thanks to domestic consumption and services growth. Its GDP is expected to increase by 9% this year alone. For UK construction firms looking for opportunities in markets that are easier to penetrate, fast urbanisation and strong economies in Malaysia and Indonesia are becoming increasingly attractive.

Asia has been on most firms’ radar since the initial 2008 downturn. But now, more than ever, the East is beckoning. Since this summer, firms including BDP, Make and Broadway Malayan have reported project wins across Asia; design consultancy Aedas announced it would boost its presence in China by 50% this year and consultant Cyril Sweett revealed it would be moving another 70 staff out to its China office.

One of the main drivers behind the recent flurry of consultant consolidations has been the desire to secure or improve access to these Asian markets. Speaking to Building in October, Harrie Noy who heads global engineer Arcadis, said this was one of the attractions of the EC Harris purchase: “We see Asia and the Middle East, where EC Harris has strength, as strong markets in the future.”

Alex Leong, Aecom’s vice-president of business development in Asia, explains the obsession with the region: “The strong economic growth and a tremendous movement towards urbanisation across the majority of Asia makes this a key market now,” he says. “There is a need across the whole continent for infrastructure, residential and commercial buildings and not just in the biggest cities like Shanghai, Beijing and Mumbai. Levels of development are huge in the second tier cities too - they are growing from maybe one million inhabitants to five million and more.”

Ken Shuttleworth, founder of architectural firm Make, adds: “Anyone who is not looking at Asia, and China in particular, should be. Most Asian countries are great places to live. It’s an excellent opportunity and good fun, not least because when you are there you actually see things getting built. Things happen very fast. There is not a huge gap between designing and building as there is in London and the UK at the moment.”

According to a CIBC World Markets study, Asia is expected to spend $400bn on infrastructure annually from 2012. This is more than double the estimated investment in Europe and North America. Everything from power supply, airports, bridges, electricity and water supplies are required across the continent, with India providing the most opportunities thanks to its fast urbanising population and a marked lack of existing infrastructure to support this movement.

There are plans in India to open 50,000km of new roads by 2015 and the country has a real estate sector worth over £30bn. According to UK Trade and Investment (UKTI), India is likely to need nearly 25 million new homes by 2015. This alone will require a £10bn investment. India needs new roads, airports, railways and social infrastructure buildings including schools and hospitals. UKTI predicts that India will need around £650bn investment in total to meet its infrastructure requirements. UK expertise in sustainable building is welcomed in India.

Knowing the market inside out is crucial for anyone wanting to secure work in an already competitive field. But it can be done. Andrew Ogorzalek, director of PCKO Architects, which set up an office in Shanghai last month and is working on a multimillion-pound, 90-hectare housing development near Chongqing in China, says that an unimposing yet firm approach to design that complements the natural environment is the method the practice has used to win work: “The Chinese market wants foreign architects to come with their own ideas and match them up to the Chinese landscape. They can worry that a UK take on the local environment could look like a pastiche” he says. “It’s about making sure you don’t enforce your ideas on a market which is already well established, but being firm and clear about what will work best.”

But Ogorzalek says things are getting tougher: “It has got more competitive out there. Our main problem is finding good local staff as they are all in such high demand. And without a good team of local staff, it’s very difficult to win work.”

On top of an increasing number of commercial, residential and infrastructure projects emerging in China as a result of rapid urbanisation, there are mega schemes on the horizon such as the Sustainable Cities mission. This programme is scheduled to start in 2011 and will last for a decade. According to UKTI, opportunities for UK firms will include sustainable construction processes, masterplanning and urban regeneration, energy and water saving technologies, waste water treatment, and air quality and air pollution reduction systems.

Meanwhile in Japan, the devastating earthquake and tsunami that hit in March this year has meant a huge cleaning-up operation. There are opportunities for UK firms to get involved with rebuilding homes, commercial buildings and infrastructure systems, as well as offering technologies and innovations to help build a network of new “eco-friendly” cities.

Malaysia and Indonesia are less developed markets but worth considering: “Indonesia and Malaysia are politically stable at the moment,” says Leong. “Economically, they have been behind the curve and so are now catching up. Indonesia in particular has natural resources and it is really beginning to hit its oil, gas and mining resources.”

The opportunities are certainly there, but it’s not as simple as catching the next East-bound flight and picking up the jobs on arrival. China and India are difficult to infiltrate for a British newcomer. And across Asia, much of the government-funded infrastructure work is given to local firms. The most effective answer to this problem, especially for firms without longstanding relationships in the region already, will be to partner up with local firms.

“Entering into joint venture agreements with local firms is one option,” says Leong. “They will then need to bring something new, something different - innovations and technologies, cutting-edge experience that Asian companies might not have. Green and sustainable building is a good example.

“The main piece of advice when it comes to breaking into this market is that UK firms should know not to take one single approach. It’s not a case of one-size-fits-all. Each country has a different culture, different way of doing business and a different set of challenges. India is India; China is China and so on. You can’t lump them together and expect things to work out the same.”

There are also concerns about doing business in these areas and getting paid. The advice is to know your clients inside out and to make sure you have the financial wherewithal to wait longer for payment than you would have to in the UK.

“It’s 10 times more challenging and complex to work in China than over here,” says PCKO’s Ogorzalek. “For a long time we didn’t get paid over there. But it wasn’t because we had bad clients, it was the bureaucracy. We were told to always ask for the money up front but you can’t really do that if you want to work in China on a long term basis. It’s seen as an insult, a lack of faith. And relationships are very important in China. Take your lead from how hard the client works alongside you. If they have done their research, know you as a company and are prepared to support you throughout the process then you just need to put your faith in them.”

Overview: With over 1.3 billion citizens, China is the most populous country in the world. China has seen continuous GDP growth averaging at 7% over the past 20 years and expected to rise to 9% this year and 8% in 2012. Fast urbanisation - over 200 million people have moved into the country’s cities over the last decade taking the urban population figure to 666 million - and a strong economy mean that China has a thriving construction industry worth $800bn.

Overview: As one of the fastest urbanising countries in the world, India is on a huge push to upgrade and develop everything from social infrastructure to railways, roads and houses. GDP is estimated to increase by around 8% in 2011 compared with 7.4% in 2010 and 6.7% in 2009. According to EC Harris’ Richard Warburton, a large domestic market and a young aspirational population with rising disposable incomes has provided India with greater resilience than many other emerging economies. British firms will have bring technologies with them that are exclusive to the UK and therefore of great value to Indian construction companies.

Overview: Infrastructure construction in Malaysia is expected to grow over the next four years thanks to the Tenth Malaysia Plan. This will see an injection of $68bn by the government into construction and a push to involve more private sector investment in public projects, including schools, hospitals and other social infrastructure. UK expertise is likely to be more actively welcomed here than in China or Japan but UK firms will still have to ensure they offer unique expertise. New and innovative technologies centred around sustainability and green buildings are expected to be particularly popular, according to Alex Leong, vice-president of business development for Aecom in Asia.

Overview:Indonesia is one of the fastest growing construction industries in Asia. It grew a massive 78% in 2008 and is expected to be worth £35bn in 2012. According to the World Bank, Indonesia’s roads have not kept up with the country’s economic growth meaning there will be opportunities in this area of construction as well as infrastructure more widely. UK firms are recommended to work alongside the Indonesian Contractors Association where possible to get practical advice on how to work in the region. Any construction firm is welcome to work in Indonesia subject to a maximum foreign ownership of 55%, according to Graham Robinson of Global Construction Perspectives, the firm behind the Global Construction 2020 report, says: “If you look globally at construction over the next decade, about seven countries will provide two-thirds of the growth, and Indonesia is one of them.”

Overview: According to the Global Construction Perspectives and Oxford Economics Global Construction 2020 report, the construction market in Japan will grow throughout 2012, with a strong focus on infrastructure and sustainable buildings. Arata Oguri, principal of Arup’s project management division in Japan, says: “Masterplanning of smarter eco cities is very fashionable in Japan. Before the earthquake there were none of these but people are now interested in the capability, as a British firm, we can offer.”
Construction opportunities have also emerged following the earthquake and tsunami that hit the country in March. Partnering with local Japanese firms remains the best way to win this work as a lot of the infrastructure projects are government controlled and go to local firms.