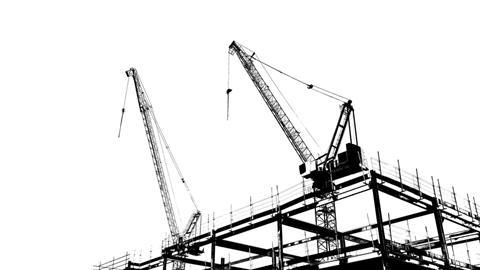 With debt still soaring, George Osborne is unlikely to be announcing much in the way of new spending. Here we look at the chancellor’s top five construction priorities

Chancellor George Osborne is likely to be viewing next week’s Autumn Statement with far less anxiety than he suffered for any of his previous set piece parliamentary updates. Because after delivering a series of Budgets and Autumn Statements where he has been forced to unveil rising government borrowing, lower than expected growth and worsening prospects, he has the benefit this time of some real economic progress to report.

Hence most commentators expect there to be less in the way of new initiatives and announcements around construction than in previous years, with no compelling need to deploy new ideas to deflect attention from poor real performance. So whereas in 2011 Osborne launched a £20bn plan to draw pension fund investment into UK infrastructure, a move which many thought at the time smacked of desperation and has since failed to raise even £2bn, this year he is expected to steer clear of such diversionary tactics. The talk at the moment is of economic forecasters raising, not lowering, expectations for UK growth next year, with commentators such as the BBC’s Robert Peston saying last week that the UK economy is top of the league of western nations on growth.

In addition, rising economic activity hasn’t changed the fact the UK remains in an incredibly challenged position in terms of borrowing, with net debt predicted to rise to £1.55 trillion, or 86% of GDP, by 2016/17. Clearly, this severely limits his room for manoeuvre on new spending programmes.

However, while there may be less in the way of new initiatives, there are still a number of issues he is set to address that will affect construction, from the review of funding for energy retrofit under the ECO programme, to new taxes to deter speculative foreign investment in UK housing. So what are Osborne’s top five construction priorities likely to be when he lays out his vision for the next six months on Wednesday?

The only dead cert for next week’s statement is that Osborne will have to say something about the government’s review of the so-called “green taxes” on energy bills, announced by David Cameron in October. However, exactly what that decision will be is likely to go right to the wire, and will be the subject of horse trading between the “quad” of Conservative and Liberal Democrat politicians that lead the coalition.

Construction industry eyes will be on the threat to the £1.3bn ECO programme, which delivers insulation for UK homes and is paid for by a £47 charge according to DECC (the exact figure is hotly debated) on energy bills, alongside a number of other smaller programmes such as the Warm Homes Discount. Andrew Warren, chair of the Association for the Conservation of Energy, which predicts that 40,000 construction jobs will be lost if the ECO programme is cut, says: “Nobody knows what the outcome will be; it’s up at the level of the quad in the realm of very high politics. There’s a real possibility it could be a dog’s breakfast from which the loser will be the construction industry.”

Despite the high politics, there is some consensus in the industry over the most likely outcome. First, the Warm Homes Discount, which adds about £11 to energy bills, is likely to be paid for out of general taxation. More importantly for the sector, the timeframe for delivery of the ECO programme is likely to be extended by two years, to 2017, which would halve the size of the programme. The UK Green Building Council has said additional targets should be imposed if the programme is lengthened, and has been lobbying to instead save money by making it more efficient. It says ECO could focus on easier interventions such as loft and cavity wall insulation, rather than solid wall insulation. John Alker, director of policy and communications at UKGBC, says: “This way we could maintain the same level of carbon saving, but deliver it more cheaply.”

One move that may have some impact on construction is a potential change which would impose capital gains tax on foreign sellers of homes in the UK. Revealed as a possibility by deputy prime minister Nick Clegg earlier this month, this would be an attempt to deter speculative foreign investment in homes and close a loophole which penalises UK residents in favour of those from overseas. At the moment capital gains tax is levied at 28% on the increase in value of homes sold by British residents that are not their primary residence but this is not the case for foreigners.

However, developers see off-plan sales to foreign cash buyers as key to getting complex schemes financed. Jon Di-Stefano, chief executive at Telford Homes, which sells more than a third of its homes to overseas buyers, says: “For the impact it’ll have in terms of raising revenue, against the cost of monitoring and collecting it, I can’t see the point of it. It’s a political gut reaction to a negative sentiment about overseas buyers.”
If Osborne is keen to limit excessive foreign investment in UK he could follow the lead of London mayor Boris Johnson, who this week proposed that UK housebuilders be forced to market homes to UK buyers before taking them overseas to sell.

In addition, Osborne will undoubtedly mention the success of Help to Buy over the past six months. Housebuilders want the government to put more money behind the equity loan part of the product, which they are concerned will run out, and Osborne may be tempted to act here, as any money used in this way doesn’t add to the government’s net debt. The Homes and Communities Agency is set to launch the prospectus for its £3bn 2015-18 Affordable Housing Programme a few days after Osborne’s speech, so it is likely he will trail this with more detail. The speech may also bring progress updates on the sale of public land, and the £1bn competition for developers to build homes for the private rented sector.

There is growing speculation that the government is looking to tweak the planning system in order to address the growing problem of pre-commencement conditions imposed by local authorities on housebuilders when they have planning applications approved. While the volume of major residential planning approvals has risen sharply - up 45% year-on-year in the latest government figures - the Home Builders’ Federation (HBF) says the number of additional conditions that have to be satisfied before building can go ahead has also risen, leading to months of delay after planning approvals have been granted.

The communities department has asked a team of civil servants to look into the issue, and there has been speculation that Osborne may address it in the Autumn Statement. Housebuilding industry sources say the intervention could take the form of a time limit within which a local authority would have to discharge any planning conditions, or a limit to the number of conditions. Andrew Whitaker, planning director at the HBF, says: “We would be pleased to see measures introduced that would limit conditions being attached to planning permissions that delay work starting on site unnecessarily. It has become an increasing issue and needs addressing as the industry looks to increase the rate of housing supply.”

As with previous Autumn Statements, this year’s will doubtless include an update on the UK’s National Infrastructure Plan, with the CBI demanding a clearer plan directed plainly at investors looking to put money into UK projects. The CBI has also called for the plan to be a “living” document which is updated on a real-time basis, and for it to clearly set out which will be the first schemes to go ahead. With Sir Howard Davies due to publish his interim report on aviation capacity in the South-east before Christmas, there is also a chance that Osborne will tie that announcement into his speech.

The Autumn Statement is also likely to include an update on schemes supported through the UK Guarantees programme. In October the Treasury said 40 projects worth £3bn in total have “prequalified” to take part in the scheme, including the Mersey Gateway, the Northern Line extension and the construction of Hinkley Point C.

The continuing parlous state of the public finances leaves little room for new announcements on public construction projects. However, there is likely to be an update on the government’s £110bn construction pipeline, and Osborne may make further shifts from current to capital spending, as he has done at every Autumn Statement so far during his tenure.