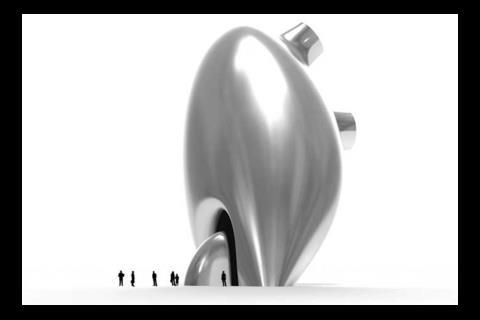 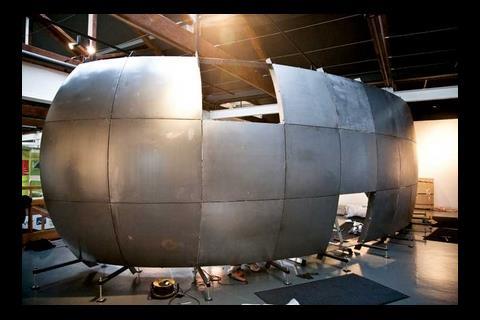 The next time Zaha Hadid, Frank Gehry or Will Alsop come up with one of their famously organic designs, transforming it into reality might not be quite the arduous task it once was. Last week, a technology called Formtexx was launched. If it lives up to its promise, it will enable architects to create the sort of curvaceous, amoebic structures that are usually prohibited by the cost and time needed to make the cladding.

Formtexx is the brainchild of John Gould, the man behind the 3D modelling techniques used to produce the Diana Memorial Fountain in Hyde Park. He began work on his idea for manufacturing multicurvature rainscreen cladding and facades direct from CAD files five years ago. “I was looking at all this multicurvature architecture that was being produced and it struck me that they were really struggling when it came to translating the architect’s vision into reality.

“In all cases they seemed to be creating these complicated 3D CAD drawings and then reverting to traditional construction or boat-building techniques to get the form and wasting huge amounts of time rationalising their buildings into flat, single and double curvature packages.”

Gould began to explore how he could speed up and reduce the cost of producing multicurved panels. One project that stood out was a gallery for modern art in Graz, Austria. The building is shaped like an amoeba and wrapped in a shiny blue acrylic skin. To manufacture the cladding for this project, a robotic vacuum thermo-forming tool was developed where the plastic sheets are heated and sucked against a mould.

The snag was that despite costing about £1m, the tool, being unique to the project, was thrown away at the end. Gould says: “My aim was to develop a tool that could reshape itself.”

After starting down this road however, Gould made things even tougher by deciding that the tool should be capable of processing metal. Traditionally, forming metal requires fairly thick sheets as the process can thin it and make it susceptible to tearing. But Gould was coming at this from another angle. He wanted to make the cladding as lightweight as possible. Car makers work on the same principles and Gould teamed up with Whiston Industries, a press tool maker that produces body panels for firms such as Aston Martin, Jaguar and Bentley.

“They are skilled at how to handle incredibly thin bits of metal without tearing it and also how to create the stiffening layer that sits behind the sheet to give it rigidity.” By combining two 0.7mm gauge, panels, they can be made self-supporting but extremely light. The aim is to achieve a combined metal content of 7.5kg/m2 – around a tenth of what is currently available.

Gould says the forming process is “non-impacting”, meaning it isn’t hammered or rolled into shape. He won’t go into detail on how it works (the patent is pending), however, the upside is that prefinished metal sheets – such as coated, polished and embossed steel – can be used without being damaged. Materials that can be used include aluminium in thicknesses from 0.7mm up to 15mm, mild steel from 0.5mm to 12mm, as well as stainless steel, Corten, titanium and composites such as Alucobond, which is made from two aluminium sheets with a plastic core. The radius to which the panels can be formed depend on the size of the sheet and the material used – the tightest radius is 800mm.

The first prototype of the machine is now operational and accepts 1 x 1m metal sheets. The next step is to upscale the machine to take 2 x 4m sheets. Gould’s vision is for a fully automated, robotic production facility that he likens to a desktop printer that works with metal. The final stage after the panels are formed is for computer-controlled lasers to cut, perforate and drill the panels while stiffeners and fixings are welded on. This is all done to automotive tolerances of ± 0.5mm. Reconfiguring the machine to make a different shape of panel takes 15 minutes; however, one machine would be capable of processing 172,000m2 per year of 2 x 4m metal sheets.

The idea is that panels would then be transported to site, but Gould says another option would be to take the manufacturing unit to site. “I have this vision of turning up on a tramp steamer in somewhere like Abu Dhabi, unloading the kit and producing the panels on site. All we need is the raw material – you don’t need a skilled workforce or any other machinery.”

If creating the machine was a challenge, the other big hurdle was writing the software. As the manufacturing process was new, the team had to come up with its own software. This has been done by Gareth Edwards of Stargate Resource, who usually specialises in graphics for gaming software.

Known as S-Form it takes the architect’s 3D model, which has been built in, say, AutoCAD, Maya, SolidWorks or Rhino, and converts it into a form that can be handled by the manufacturing process.

With the data on the building’s surface captured, the next step is to divide it into panels. Separating complex and irregular surfaces into panels depends on a complex set of rules, such as what size of panels are to be used and the material they are made out of – different types and thicknesses have different maximum curvatures.

Because one machine needs to process up to 170,000m2 of metal a year, this needs to be done incredibly fast – which is where Edwards’ experience with graphic sofware comes in. The software also checks things such as material thinning and residual stress before manufacturing begins. Edwards says they are aiming to make this software available to designers next year to allow them to visualise and improve their designs and determine costs before going to manufacture.

Salmaan Craig, product design engineer with Buro Happold, says his firm has already been in talks with Gould about applications for the system. “As a facade engineer, I’m excited by any new development that may help our industry bootstrap itself up to the level of other industries. I experience a mild jealousy when friends working in the automotive, aeronautical and maritime industries tell me of the manufacturing precision they have access to.”

Another avenue Craig is keen to exploit is materials. “There are a lot of new materials knocking on the door of the construction industry but the lack of manufacturing precision is a significant barrier in their uptake. This could prove just the right type of ‘container’ for taking them forward.” Indeed, it could change the way buildings are designed and constructed altogether.