4
Bank with a plan: Lessons to be learnt from HSBC's experience of waste management
Focus

Bank with a plan: Lessons to be learnt from HSBC's experience of waste management 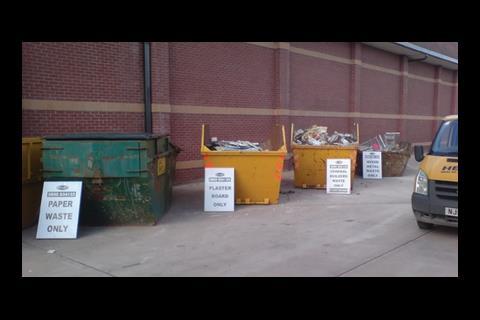 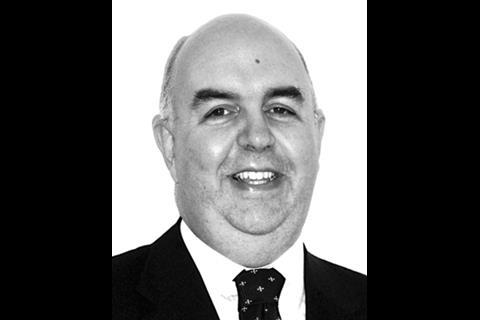 That might not sound groundbreaking but it will be one of the first wave of construction schemes to have implemented a site waste management plan (SWMP) – required by law since April for projects worth more than £300,000. The plans, which enable firms to forecast waste from construction schemes, describe how waste can be cut and monitor the results, come as the government aims to halve construction waste to landfill by 2012 and eliminate it by 2020.

HSBC has been working with WRAP for 18 months, including six on the Liverpool project, to create SWMPs and procedures for its sites.

Ian Hible, best practice manager at HSBC, says the bank had decided it should “get ahead of the game” and set the groundwork for SWMPs before the legislation came in. Waste management also tied in with the bank’s environmental target of reducing waste across the organisation by 11% to 13%. by 2011.

HSBC managers followed the 13 steps of WRAP’s SWMP template when writing their plans (see box). A delivery team including contractors, project managers, architects and engineers scoped each scheme to see how much demolition was required, what materials would be used, where the waste was coming from and what it was. They also worked out any difficulties they might face.

A focus group has been set up to help HSBC achieve good practice in its SWMPs. The group – including members from WRAP, HSBC’s best practice team, its designers and its compliance officer plus a main contractor – is developing performance indicators although these are not yet complete.

A small group of the bank’s regular contractors share hints and tips with each other on the legislation and working with the bank’s recycling contractor. “It could be a practical issue on site such as finding the right types of skips,” says Hible.

Two of HSBC’s contractors, Wates and Normech, have been chosen to champion aspects of waste management or allow their schemes to be used as exemplars to show how they apply the guidelines. The results from this are likely to appear at the end of the year but already Hible has noticed that the contractors are thinking about waste management when they get the brief rather than waiting until they get on site.

In order to reduce waste disposal costs HSBC decided to hire support services firm OCS to manage waste recycling for its sites. It also sent staff on training courses on waste management and they in turn educated people within the bank.

Hible has some tips for anyone else about to dive into SWMPs. “There’s a perception that this is just about principal contractors,” he says. “But if it is to be done properly you have to get all the key stakeholders and people in the supply chain and your organisation to embrace this and make sure it is an integrated part of the thinking for the job.”

You have to get all the key stakeholders to embrace this

He believes the bank’s focus group has been useful here. Smaller contractors that are less familiar with the legislation may need more support to create and update their plans.

Hible encourages people to separate waste on site, although this can be difficult on cramped inner city plots. Security is also an issue once waste has been separated. As metals prices soar, any metallic waste needs to be kept under lock and key otherwise it could be stolen by thieves who want to sell it for scrap. While this could be viewed as a less orthodox method of recycling, poor security allowing opportunist thieves would dent HSBC’s credibility.

A sure-fire route to waste reduction is not to create the rubbish in the first place, advises Hible. “Get suppliers to take away waste and packaging,” he says. “Easy wins involve getting people who supply things like desks, chairs and computers to take waste such as packaging away at the time.”

Keeping parts of old buildings rather than demolishing them can also help to reduce waste, he says.

HSBC hopes the SWMPs will save it money. So far around 24 of its schemes have a SWMP in place but as none are complete yet the bank cannot assess the savings. What it does know is that a year ago it spent £3,000 to £4,000 dealing with waste management on each project. It expects its contract with OCS to reduce that figure.

Although HSBC recycles 73%-74% of waste from construction schemes, Hible would like that to rise to 80%.

As for the cost of the SWMPs themselves, WRAP data for retail projects puts it at 2% of total project value, says Hible. An analysis by the Department for Food, Environment and Rural Affairs put the cost at £3,000 to produce, including, training, monitoring and updating.

“In future, we hope to aggregate the results from the SWMPs and see which projects are the best performers, what creates most waste, which contractors are most effective, and which regions are most problematic,” says Hible.

He adds that some people in the industry are only just beginning to realise what SWMPs are all about. “It did not get the attention of other legislation,” he says. As a result, he believes the target of eliminating site waste by 2020 could prove “a huge challenge”.

“It needs support from across the industry and government to promote it to consumers, contractors and clients,” says Hible. “We won’t get anywhere near that unless everybody understands how it impacts on other issues such as sustainability or the environment.”