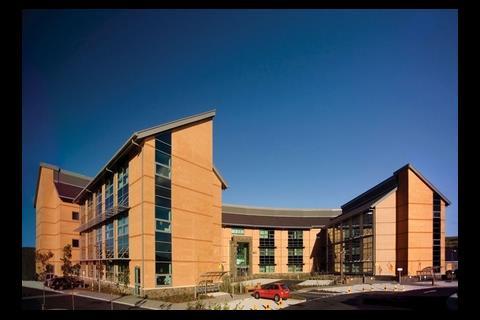 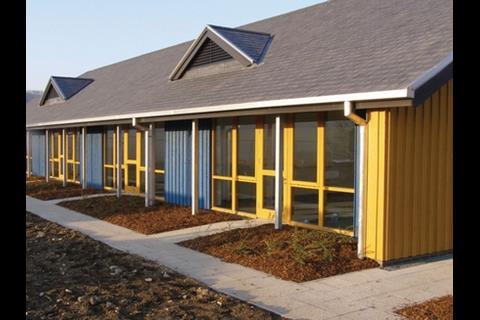 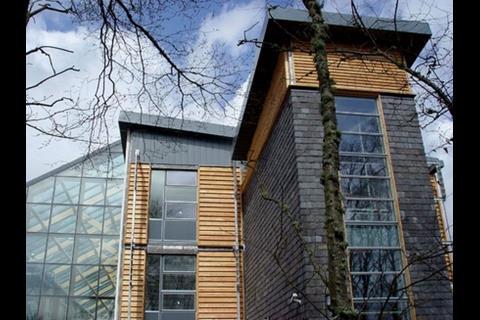 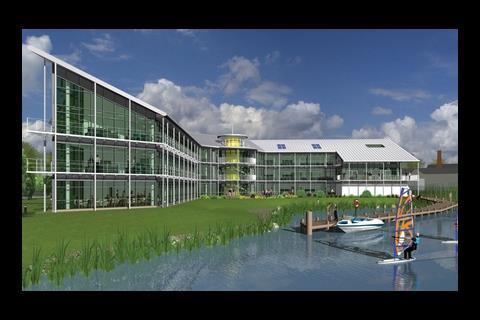 As BREEAM sets forth across the world, assessors have been kept busy at home – and increasingly in Wales, Scotland and Northern Ireland

It’s easy to see why. During last May’s Welsh Assembly Government (WAG) election, Carwyn Jones, now counsel general and leader of the house, called for higher environmental standards. In particular he said all new buildings constructed or funded by the WAG or built on WAG land should be built to BREEAM Excellent standard.

This has set an ambitious new tone in the principality. As Tune points out, while England’s target for zero-carbon housing is set for 2016, in Wales it is 2011.

And as English Partnerships aims for level 4 of the Code for Sustainable Homes by 2010, Wales’s target has been declared by Jane Davidson, Welsh Assembly minister for the environment, sustainability and housing, to be “as soon as possible”.

Presenting the new BREEAM Awards for Wales in March, Davidson said: “These awards recognise the WAG’s commitments for building sustainably. Projects like these will help us meet our One Wales commitments for reducing carbon emissions and improve our energy efficiency in the fight against climate change.”

BREEAM is becoming a key part of this process. Tune says: “There are over 100 buildings in Wales now assessed and certified under BREEAM. We showcase the best of these through our awards and work with the Welsh Assembly and the Welsh construction industry.”

The principality has even established its own assessor network, Fforwm BREEAM, to enable assessor organisations to share best practice and provide a more localised service.

Welcoming the strong government lead, the Fforwm cites the WAG’s newly constructed building in Merthyr Tydfil as a good example of BREEAM in action. Designed by Noel Architects, it excelled on Ecology, Transport and Materials to score 71%.

Now in year two of occupation, the Merthyr building – one of three new WAG offices in Wales – showcases an extensive line-up of sustainability features. Temperature control options range from windows to a sophisticated building management system.

Its facilities manager, David Joyce, says one of the main challenges has been teaching the building’s 450 occupants to use the system wisely. “The majority of staff were transferred from Cardiff, where there was no natural ventilation,” he says. “We had to tell them you couldn’t open all the windows whenever you wanted.”

“People don’t realise how long it takes for buildings to settle,” he adds. “We are always looking at opportunities to improve our energy consumption – do you need the plumbing system on seven days a week, for instance?”

In line with the WAG’s aim to foster economic links within the regions, the Welsh Development Agency is rolling out the phased construction of business clusters such as the Great Oak Business Park in Llandidloes, west Wales.

The park’s 280m2 Unit 5, which is made up of two light industrial units and two office blocks, secured an Excellent BREEAM rating at design stage in December and is now ready to be occupied. It scored 73.4%, performing particularly well in the Management, Pollution, Materials and Health & Wellbeing categories.

White Young Green associate director Wendy Lake, who conducted the BREEAM assessment in December, says the units, which draw on full glazing at both ends for light and ventilation, are a good option for starter businesses or small firms.

“There are no renewables in use but the units are very well designed,” says Lake. No air-conditioning has been installed, she says, and heating is provided using 97%-efficient NOx boilers.

The units, steel and timber-framed structures, use only Forest Stewardship Council timber and, where possible, local materials such as slate for the roof and hardwood for the windows.

Earning almost full marks in the Management category, attention has been focused on the on-site monitoring of energy and water consumption, as well as waste management. The tenancy agreement even has a clause forbidding carpet replacement within the first five years of occupancy.

Lake explains that the park’s construction on the site of a former aluminium die-cast unit gained it high scores in the Pollution category. Despite the wide availability of greenfield land, Great Oak has been built on heavily contaminated brownfield land requiring extensive remediation.

Pollution credits were also won by the provision of permeable paving and thermal insulation in the building. In addition, it is naturally ventilated and uses an underfloor heating system fuelled by low-emission gas-fired condensing boilers.

Pembrokeshire College had already embarked on the BREEAM journey for a new teaching block when the Excellent requirement was ushered in by the WAG last year. Its new construction and technology unit for carpentry and brickwork students gained an Excellent rating in November 2007, scoring 72.5% under a BREEAM Bespoke assessment.

“The college already had sustainable measures in place,” confirms Faber Maunsell assessor Ben Rouncefield. “The uplift came by introducing measures such as leak protection and appointing an ecologist – a big win in BREEAM terms.”

The project excelled on Water thanks to measures ranging from infrared- controlled taps and water shut-off in the WC blocks to a rainwater harvesting system for WC flushing. In addition, soft landscaping requires no irrigation at all.

Rouncefield says BREEAM activity has not stopped at the design stage. The college has a permanent educational display of the building’s environmental impacts and has converted an unused area into a suite for renewable technology in construction.

Taking its cue from the WAG’s insistence that all schemes undergo a post-construction assessment – ahead of the new BREEAM – Rouncefield is coordinating a review before completion this June.

He applauds contractor Dawnus Construction for its commitment to monitoring performance in areas such as water, recycling and energy.

Some 32% of the building’s energy requirements will be supplied by renewable or low-emission sources, 29% of which is from a biomass heating system. A small solar system that provides the building’s hot water accounts for the additional 3%, and no air conditioning has been installed.

Cost consultant Faithful & Gould also ensured that low- or no-cost options were incorporated in the design where possible.

Scottish Natural Heritage’s score of 84% for its 5,990m2 headquarters in Inverness makes it one of the UK’s top-rated BREEAMed buildings. Designed by Keppie Design Edinburgh, it scored top marks in the Management, Health & Wellbeing and Water categories and high credits in all other sections.

Bidding developers were issued a stringent list of environmental requirements from the outset. This has manifested itself in roof solar panels to heat water,

a sedum roof on the library to reduce heat loss and act as a natural habitat, and extensive use of recycled materials from the demolished former buildings on the site.

“This was an inherently sustainable building rather than one with bolt-on renewables,” says assessor Sue Logan from Diligentia.

Having won the design and build contract, RET Estates used Tracey Brothers as its specialist contractor. “High-level commitment from day one from Tracey Brothers, RET and the architect has helped make this an excellent building,” Logan says.

She credits modelling tool EnergyPlus for the fins, glazing and orientation that provided an effective facade. The building also scored full marks on Management, thanks to Tracey Brothers’ monitoring of waste and energy use and involvement in commissioning.

It only struggled on Materials – mainly, says Logan, because of the immaturity of the sustainable products market in Ireland. But a score of 75.3%, the highest in the province, has set a valuable precedent for public procurement.