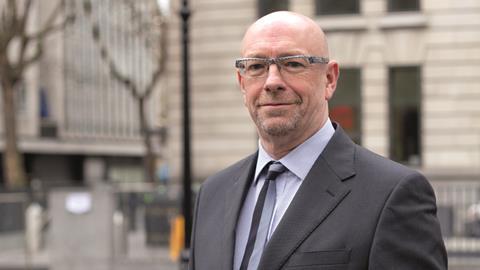 In his first interview since taking charge of Davis Langdon, Bob Pell explains why it pays to be direct

“It happened very quickly. One day about two months ago someone came and said, ‘Are you interested?’, and that was it.”

Bob Pell is talking about the moment he discovered that he was to become the global chief executive of Davis Langdon, following the shock departure of Jeremy Horner in February.
It is an appointment that has provoked a great deal of interest in the wider consultancy sector, not least because Pell is the first DL boss to step across from Aecom, the business’ parent company (his precise role is global chief executive of Aecom’s programme, cost and consultancy business, including Davis Langdon).

In his first interview since taking the top job, Pell reveals his plans to grow the company by 15% a year through a massive international push East. But he insists that his appointment will not lead to a dilution of DL’s traditional values, more upheaval, or a dramatic change of strategy; rather, it will be a “bridging of the gap” between the two consultants. One thing is for sure though: however seamless Pell says the transition will be, he is not the sort of man to go unnoticed.

Pell likes to be direct. You wouldn’t expect anything less from someone nicknamed the “chief interrogation officer”.

“One of my last roles at Aecom was chief integration officer,” he says, sitting in the company’s Holborn head office. “And yes, people used to deliberately misquote that as ‘chief interrogation officer’. I can only imagine it was because of my delightful and charming style,” he smiles.

And while he says he finds the nickname itself amusing, you get the distinct impression he takes the implied business technique pretty seriously. “I like to ask questions like ‘Why are we successful in Moscow?’, or ‘What’s happening in Jeddah today?’, to get the answer quickly. It’s only by asking the questions you have the right information. So I do ask questions until I get to the answer.”

The 60-year-old’s slightly unconventional approach is noticeable as soon as you set eyes on him. Like Aecom’s UK chief executive Steve Morriss, who admits he can’t stand wearing a suit to work, Pell hates the “corporate uniform” - his patterned glasses and trendy ties are a “desperate attempt at a shred of individuality”.

It is hardly surprising he has developed a number of Aecom traits. After heading up planning firm EDAW for 20 years, it was bought by Aecom in 2005 and Pell has held senior roles with the global consultant ever since, most recently senior vice-president of operations.

The fact that he was already part of the boardroom furniture has intensified concerns among some in the industry that the Aecom gene is infiltrating DL at the highest possible level, watering down the consultant’s traditional strengths.

As Hanif Kara, partner at AKT II, told Building after Horner’s departure: “Davis Langdon is gaining abroad but losing out in terms of the high-end service in London. DL used to be the first name on any team in London but now not as often.”

Pell isn’t having any of this, insisting that he is fully aware of DL’s strengths, having been central to the merger of the two firms in his former role as chief integration officer.
“That became my full-time job for a year and I got to know the firm well. I don’t see myself as coming from Aecom to Davis Langdon. It’s all one now.

“I think I can actually bring a lot to the table,” he adds. “I have a perspective that will allow me to bridge the gap between some of the great things in Davis Langdon, like its reputation, with the global reach of Aecom.”

Above all, though, he expects the figures to do the talking: “Over £50m in additional sales was made in the year following the merger,” he says, adding that a lot of this was down to DL: “This is all linked to Davis Langdon’s crown jewels such as the London commercial market and sports expertise.”

But can he really be happy about the state of this side of the business, following the stream of negative publicity surrounding the departure of Horner and other high-profile directors?
“Inevitably when there is change people reconsider what they wish to do, but we also have talented people joining us,” he says. “And despite what the press and competition may be saying, there is no evidence that any clients have turned their backs on Davis Langdon.”

Away from the domestic front, Pell says he will be sticking to Horner’s strategy to grow the DL business internationally: “I have always looked at international reach and strength. My motivation to join a company or take on a role is almost always the global platform available.”

And the evidence suggests that he will continue DL’s anticipated shift from West to East: “We’re holding our own in the UK and Australia but growing in Russia, the Middle East, eastern European markets like Romania, Kazakhstan, the Ukraine and Turkey. The result of this is that we are in a good position to grow over the next three-to-five years at a rate of around 15% a year.”

The growth Pell talks of will, in the most part, come from acquisitions, “in eastern Europe mainly”. And there will be a lot more global opportunities for staff: “We want people who are motivated to move, and I will do what I can to facilitate moves for anyone who wants to travel somewhere we have an office.”

Is this due to a necessity to manoeuvre staff out of the West and into growth regions? And what will this mean for the business’ base region, the UK, which is just “holding its own”?
“It’s complicated,” says Pell. “Staff growth won’t exactly reflect financial growth because obviously you want to become more efficient and generate
more revenue.”

For the moment then, the man who likes to ask direct questions doesn’t quite have all the answers.