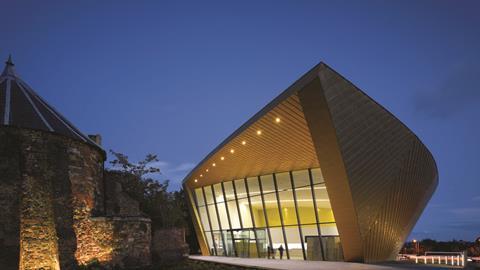 Impressive overseas development, wins on Hinkley Point and the Olympic park and a 10.2% increase in profit contributed to Mace clinching the top spot in this category

Project/Construction Management Firm of the year

Now working in over 65 countries across the globe, with over 3,000 employees, 2011 was a stellar year for Mace, with total profit up 10.2%. The firm entered the North American market for the first time, where it is now is now active in 20 cities, providing services to global clients such as Invesco and Sony Ericsson. It also bagged some major projects in the UK, including EDF’s nuclear project at Hinkley Point, Somerset. The year also saw the firm deliver on the Shard and win a contract for the post-Games transformation of the Olympic park - which means Mace will be one of the few firms working on the project from concept to completion. The judges praised Mace’s “exceptional performance” and were particularly impressed by its overseas development.

In difficult times during the past year, Arup forged ahead, delivering on some of the UK’s most complex projects. The firm started on site on the Francis Crick Institute, London - the largest laboratory under construction in Europe, and expanded its coverage to 25 countries.

With 48 offices worldwide and five new locations planned for 2012, Gleeds boosted profit by 11% last year - and 17% in the UK. It has increased its focus on infrastructure, winning work on Crossrail, and emerged as a market leader in the nuclear sector.

In a challenging environment Interserve delivered sustained growth, increasing profit after a fall the previous year. The firm focused on repeat business and operating more efficiently. In particular, Interserve’s work across a range of public sector projects is exemplary.

Since starting out in 2004 Prosurv has consistently boosted its turnover and profitability and has grown to a £1.95m turnover firm with UK profit up 34% on 2010. Staff numbers are up 17% and it has bagged big projects, including the £400m Swansea University Campus.

Another successful year for Turner & Townsend saw global turnover up 9% to £236m with a pre-tax profit of £19m. The year saw the firm expand overseas, opening 10 offices in 10 different countries, with overseas income now at nearly half the firm’s total revenue.