The decor may be morbid but Cathedral Group’s business is in rude health. Emily Wright meets managing director Martin Wood and finds out why the developer is a firm that contractors should get to know. Photography by James Royall 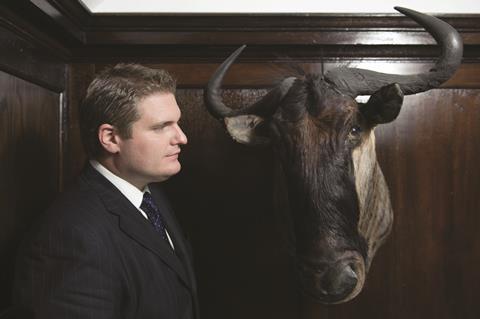 ‘Shall we head down to the crypt? Would you like a drink? Tea, coffee, water? Don’t worry about the art. It’s all quite dark because the chief executive is obsessed with death,” says Martin Wood, Cathedral Groups’ managing director, rolling his eyes.

Possibly one of the strangest sentences uttered at the start of an interview, ever. And in one of the strangest locations. Not just because the developer’s office is based in a renovated church - a concept which has now become quirky to the point of fashionable. (The company name is no coincidence - the group’s founder and chief executive Richard Upton loves churches and cathedrals.) It is more that the aforementioned death obsession runs through the office, with pieces of modern art scattered in and around desks and meeting rooms. A photo of a dead hare here, a mounted wildebeest head there, while the bust of a naked, tattooed woman (Fiona, apparently) with a bird skull attached to her face balances sinisterly in the corner of the room.

Down a stone, spiral staircase and past a collection of photos of “dead” teddy bears - each one mottled green, rotting and covered in moss - is the crypt. It has been turned into Cathedral’s main meeting room but the bare brick arched ceiling makes it hard to forget you are anywhere other than sitting in a former burial chamber. It’s weird, creepy and unimaginably intriguing. Let’s just say it takes a while for conversation to move onto construction and development.

But when it does, there is just as much to talk about. The independent property developer has become one of the UK’s fastest growing clients over the past two years. It has worked with architects including Richard Rogers (see box, overleaf) and Studio Egret West - on both the £80m mixed-use Clapham One regeneration project and the £90m Bromley South Central PPP scheme. The group has now built up a development pipeline worth £1.5bn over the next five years. The work is a combination of PPP schemes worth half-a-billion pounds and £900m of more traditional property development. Wood explains that much of that work is still up for grabs and that 80% has already secured funding.

He says: “The construction industry needs to get to know us because we’re going to be a major client and procurer over the next five years.”

To make things even more interesting, Cathedral has no list of preferred suppliers - they believe in keeping the door wide open to new firms and are now testing out a new form of procurement, based on negotiation rather than competitive tendering, in order to build better relationships with suppliers.

Cathedral seems to have come from nowhere to development domination in London and the South-east over the past 18 months. So how can suppliers get their foot in the church door? Here, Wood explains all. And if any of it sounds too good to be true, remember - he is on holy ground.

Considering that Cathedral’s turnover dropped by 90% between 2008 and 2010, the group has built itself back up to be in an exceptionally strong position in 2012. Wood predicts a turnover of £56m this year, increasing to £240m by 2015, and a £50m gross profit within the next five, up from the current £4m. It has used the recession to build up a massive pipeline of work - one that Wood is about to press the button on.

“The recession was incredibly tough,” he says. “We couldn’t buy or sell anything because there was no money to do so. We couldn’t even refinance the assets we already had and our balance sheet took a tumbling.

“But we have come through that. This year we expect to see £4m to £5m of profit. We have been busy buying up a huge amount of London and the South-east and now it’s about delivery. We’ve been through four years of planning projects, getting planning permission and securing funding. We’re in a position to see a huge shift in the next 12 months and get things moving very quickly.”

Cathedral’s typical projects are large, multimillion-pound mixed-use schemes, including medical centres, libraries, leisure centres and residential units. One of the reasons the firm has been able to build up such a healthy pipeline, despite being battered and bruised at the tail end of a recession, is its commitment to partnering with others - particularly local authorities.

The group works alongside companies, like Development Securities and United House, as well as councils, including the London Borough of Lambeth. While this does enable them to drive schemes forward, it also requires them to share a “substantial” part of their profits with their partners. But the figures in the five-year plan still look good.

“So 2013/14 is where we see the first set of development profits coming through,” explains Wood. “And by the end of the five-year plan we aim to have £50m gross profit.”

And, he adds, there is another element to the way the group does business that should catch the industry’s attention.

He says: “Because of our PPP model, which effectively means we give back public goods at no cost to the taxpayer as part of the building process, our projects have a disproportionately high construction value. If you look at Clapham One, rather than paying council land value for that site, the council gives us the land to redevelop, as they wanted new facilities.” The land value, Wood explains, comes from the sale of accommodation, the medical centre, the leisure centre and the library. “So for an £80m project, the £60m construction value was disproportionally higher than you might expect, as the land value was the building work. This should make us a really interesting client for contractors.” 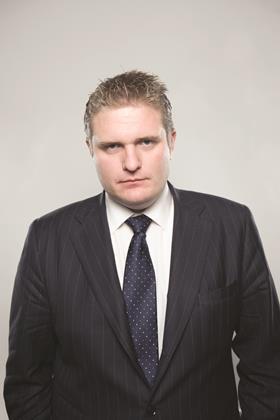 That’s not the only thing that makes Cathedral interesting. “We are just moving in to working properly with contractors as we now have all of this work,” explains Wood. “We have an awful lot to achieve and we feel that traditional methods of delivering projects are over. Things need to be done differently and, while we don’t have all the answers, we do have some ideas.”

The main idea is to work with contractors as they work with development partners - in partnership. Wood thinks this might mean moving away from competitive tendering altogether. “We have a £90m mixed-use development in Bromley. The construction value is worth around £50m and we decided that because it was such an important, complex project, a partnership through a negotiated route was best. It’s a different approach and one I hope will pay off. We will be replicating it across our whole development pipeline if it does.”

Wood explains that the job started off being tendered traditionally to take a list of 12 contractors down to a shortlist of four. And that’s when the negotiation with one supplier started. Cathedral, controversially, decided to release the cost plan for the job upfront.

Wood says: “We weren’t trying to get to the lowest price but the right price. We showed the cost plan to the contractors and asked them to be totally satisfied with it and the fact it was achievable before going any further. We added that if they could bring in any cost savings we’d share them equally. It’s about using skills to reduce core cost - we never compromise on quality or sustainability.

“So many contractors are buying work by cutting margins to the bone. This means things get even harder as those projects develop. This is why, if we work in partnership, we can achieve best value and the contractor can still make a sensible margin.”

Wood adds that Cathedral does not believe in “strategic alliances” with suppliers and that they will start afresh when they procure every single project. “Our doors are wide open,” he says. “Our goal is to become the UK’s best mixed-use developer and the only way we’ll do that is to use the best suppliers out there for the job. The right designer or contractor will be different on each job so we approach every scheme from scratch. We’re making life harder for ourselves. But that’s what we’re prepared to do to be the best.”

For a company headed by a man obsessed with death (it’s hard not to notice the life-sized, jet black horse with its head impaled on a lamp stand on the way out of the building), Cathedral’s future is looking bright. Perhaps it’s divine intervention.

Waiting for the station to arrive? Pop into the cafe …

While waiting for a project in Deptford, south London, to start, Cathedral Group has made the most of what could have been standard hoardings on a site next to the high street. The eventual plan will be to work alongside architect Rogers Stirk Harbour + Partners on a £42m mixed-use PPP regeneration scheme with the London Borough of Lewisham in partnership with United House.

In the lead-up to the start of work, which will follow Network Rail’s redevelopment of Deptford train station, Cathedral installed a sixties commuter train carriage, which now hosts the Deptford Project cafe. The cafe is popular with locals and Cathedral has followed it up by letting the abandoned arches under the carriage ramp to local craftspeople, as well as setting up an outdoor cinema over the past two summers. Proof that a project can make an impact on a community even before work has begun.