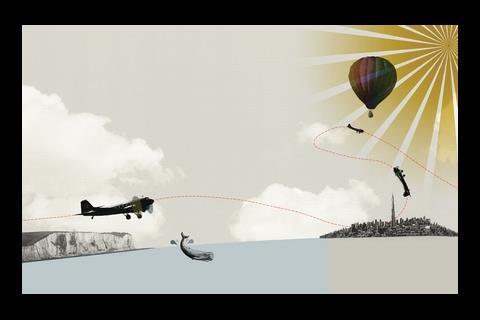 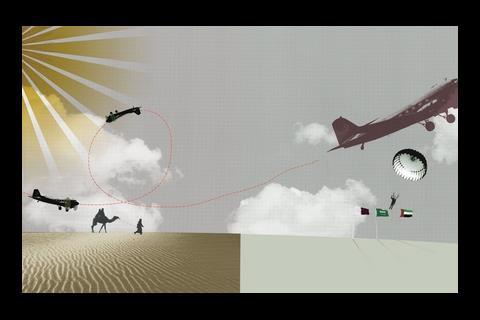 The downturn may have hit Dubai, but other Middle Eastern markets and the booming oil and gas sectors still provide plenty of escape routes

So it turns out Dubai wasn’t immune to the global downturn after all. For all that extraordinary ambition and bombast, it’s still a property market like any other, vulnerable to the same peaks and troughs. It’s a blow for those in the UK who had begun to view the construction bonanza in the UAE’s golden city as their escape route from a rapidly shrinking industry – but all is not lost.

Firms may no longer be taking on anyone they can find, but there will always be opportunities for people who are prepared to take the path less travelled to where the work is, or to learn new skills or languages. Outside Dubai, there is still plenty of work in the UAE capital Abu Dhabi, in the more conservative neighbouring states of Qatar, Kuwait and Saudi Arabia, and in the emerging north African markets of Egypt and Algeria. The oil and gas sector continues to be buoyant, as do major infrastructure projects in countries not reliant on foreign investment.

But for many people, the UAE and in particular Dubai will remain the most appealing. It’s an established expat centre and holiday destination and the sun, sea and indoor skiing lifestyle is a great draw in wintry, recession-bound Britain. And while there’s a long list of UK consultants and local developers who’ve made redundancies, there are also firms who’ve only put a temporary freeze on recruitment, some who would make an exception for high-calibre people or those with certain skills, and even some who are still actively seeking new talent.

At recruitment agency MacDonald and Company, international director Matthew Taylor is currently receiving 200 CVs a day, but doesn’t think people should be put off relocating to the Middle East. “Always consider it. It is still tax-free, still relatively healthy compared to what’s going on in the UK and most of Europe.” He adds that Abu Dhabi is still “extremely strong”, as is growth in neighbouring states Qatar and Saudi Arabia. “They don’t seem to be experiencing the same issues as Dubai, they’ve got major projects that still need to be developed. Developers there are looking to recruit for extremely large mixed-use developments.”

The downturn in Dubai will inevitably drive professionals there and in the UK to look further afield to neighbouring Gulf states – places they may have ruled out before. One company that knows all about taking opportunities in times of recession is Blair Anderson, which won the much-coveted international achievement award at Building’s QS Awards in November last year. Over the last 20 years, it has built up a network of offices and a staff of more than 100 across Europe, the Middle East and Asia through steady, organic expansion.

Director Evan Anderson believes companies will still be looking to hire good people, though it won’t be as frenzied as the recruitment rushes of recent years. “Six months ago, it was very difficult to get staff. If someone had a hat on that said “QS” they’d be employed immediately. Some people will be taking advantage of the current situation – not increasing their staff, but replacing some staff with better people. There are still opportunities where people are looking at their organisations and how they’re laid out.”

The downturn also creates recruitment opportunities. Anderson is looking for staff for his contract services division. At the moment, it has a dozen staff, becoming busier by the day. “That’s expanding because projects are not being completed or projects like the Deira Palm are being stopped and contractors don’t know what to do. They don’t know how to get paid in a downturn.”

He also hopes that the downturn in Dubai will make it easier to get staff for projects elsewhere in the Gulf. “For the last two or three years, it’s been impossible to get good staff to work in places like Saudi Arabia or Kuwait. We were recruiting in Kuwait for a year, but in the end we just gave up. It was good work, long-term stuff, but we couldn’t get the staff. Everyone wants the glitz and glamour of Dubai and the Far East. Down the list is Abu Dhabi and eventually, you get to Kuwait, second from the bottom above Saudi Arabia.”

Be warned – even though the money on offer is good, it’s not the salary multiplier of 20 or 30 years ago. Anderson says people have to make a conscious decision to adapt to the lifestyle, and he doesn’t want people who are coming under duress or for purely mercenary reasons. But with many years of living in the UAE, he can’t see why people are so attracted to Dubai anyway: “Everyone is centred round Dubai and Abu Dhabi, it’s good to get away. The worst thing is the traffic. People organise their nightlife around which way the traffic is going – they’d rather go to a restaurant 15 miles in the other direction than go a mile up the road.”

Expats in more conservative Arabic states are often a little sniffy about the charms of very westernised Dubai. One Kuwait-based consultant who didn’t want to be named couldn’t imagine living anywhere else. “If you’re an alcoholic, it’s not the place to be, but you don’t get ripped off like you do in Dubai and Qatar. There you’ll pay £2,000 a month for a two-bedroom apartment. Here I pay £600, for a very good apartment including bills, internet and satellite and it’s frozen for five years. We don’t have the schooling problems either. In the UAE it’s very hard to get your children into schools.”

He hopes perceptions will change: “I really like the place. It’s a hidden gem in many respects. You can walk the streets anytime of day or night – I wouldn’t do that in my hometown in north-east England. It’s cheaper than the rest of the Gulf and it’s tax-free too. As an expat you can have a great standard of life and still save money. In Dubai, you can have a good lifestyle but you pay for it.”

The Kuwaiti dinar, he points out isn’t linked to the dollar and so hasn’t suffered the way the Qatari riyal and the Emirati dirham have. And if you’re still not convinced, it is also the hub for several cheap airlines, so you can fly to Dubai in an hour or Bahrain in 30 minutes for very reasonable rates if you fancy a drink.

If you’ve already gained big project experience in Dubai, you’ll find it’s eminently transferable, not only within the Gulf, but outside too. Blair Anderson is recruiting in Egypt for several very large projects. Developer Sodic, for example, is building two new cities at East Town and West Town.

Taylor believes this might be a stumbling block for UK-based professionals looking to move out. Having had to take whoever they could get in recent years, Gulf developers are now receiving a much higher number of quality CVs. “They can afford to be pickier than ever,” he warns. “They want people with a proven track record in delivering large-scale mixed-use developments from conception to completion. That’s where people from the UK will struggle because they don’t have big project experience. Six months ago that was overlooked for quality and experience, now there are a lot of people in the market who’ve got big project experience. That’s going to make the transition from the UK harder.”

Don’t be put off though. Our man in Kuwait welcomes applicants from the UK whatever their background: “While it’s good to have project experience, everyone’s fishing from the same pool. It’s good to get fresh ideas, fresh blood. There’s lots of people who could make a contribution.”

If you’re considering a move, it’s worth approaching firms who work outside commercial property sectors – you may find they’re more flexible on skills and experience too.

At Turner & Townsend, global recruitment adviser Steve Chapman says it is moving staff to the “booming” markets of Australia, Africa and Canada to work on oil and gas projects. “There are huge opportunities in emerging oil and gas markets. Australia is one of the key ones that hasn’t been massively affected – it’s not in recession, they still had growth last financial year.” T&T already has a number of offices in these areas which are expanding, and it is looking to open new ones in “key locations” that Chapman won’t divulge.

Hill International is also recruiting people to work on oil, gas, power and nuclear projects around the world. “There’s quite a power shortage in the world at the moment,” says senior vice president David Price. “That part of our business is doing very well.” He predicts growth in the more cash-rich states of the Middle East, north Africa, eastern Europe and Russia. “There are lots of emerging projects – big infrastructure projects that are still going to continue in the future. We’re looking for people who will be prepared to travel – that’s going to become increasingly important. People are going to have to become more flexible.”

As for the type of skills he’s looking for, Price would like to hear from QSs, delay analysts, engineers and project planners and programmers. Those rare Brits who can speak another language are also much in demand: “There are big opportunities in South America for people who are fluent in technical Spanish.”

Applicants need not necessarily have worked in these sectors before – and Price has some other good news for anyone who’s considering a move. “Our clients will always say they want to work with people who’ve worked on previous oil and gas or power projects – that does make it easier. But if you’ve had a wide variety of experience, you’ve worked in water, civil engineering, buildings and seen different types of construction it makes you much more saleable. We’re always looking for people who are experienced. If someone good comes on the market, we’ll be very keen to take them if they’ve got the right level of experience. There are plenty of areas in the world that are still buoyant.”