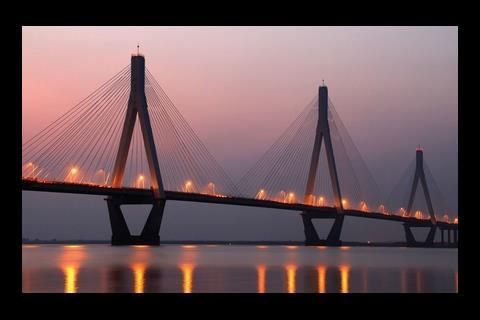 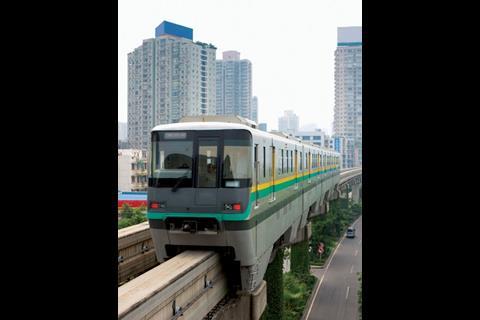 China is the world’s largest infrastructure market, so it’s worth finding out how to do business there. To mark Building’s Global Infrastructure Forum in London this week, Roxane McMeeken reports on opportunities in China and how to win them

Like a high-speed train taking a tricky corner, the breakneck speed of growth of China’s infrastructure market was briefly tamed by the centrifugal force of the global recession. But the state’s injection of a 4 trillion yuan (£400bn) financial stimulus package in November 2008 has put the economy back on track. The deal was roughly the same as the $586bn (£390bn) US stimulus package, but was aimed at an economy about a third the size of America’s. The result is that China’s economy is set to grow by 8.4% this year.

Of the stimulus package, the biggest single portion, some 1.5tn yuan (£1.5bn), is being spent on infrastructure up to 2012. Of that, 60% is earmarked for rail projects, which amounts to a staggeringly ambitious programme to criss-cross this vast country of 1.3bn people and 661 cities with about 25,000km (16,000 miles) of high-speed track by 2020. The programme will transform society as well as transport.

The remainder of the infrastructure package will go on building roads, irrigation systems and airports. The stimulus package also contains a 210bn yuan (£21.1bn) pot for the development of more sustainable energy, including wind farms and nuclear power plants, 370bn yuan for a rural development scheme to build public amenities and provide drinking water, and 1 trillion yuan (£100bn) for reconstruction work, including infrastructure, in the areas hit by the Sichuan earthquake of May 2008.

Peter Chan is director of Asia-Pacific for Scott Wilson, which, with 600 staff in eight offices across the country, has one of the largest presences of any British engineer in China. He says the Chinese infrastructure market is “seriously hot”. He reckons this is probably the world’s biggest infrastructure market, particularly for rail. But China is not a free-for-all for UK construction companies. The country has a huge, more than capable and cheap contracting sector. It has excellent construction consultants too, including a growing crop of homegrown QSs (the RICS is well established in China). Nonetheless, there are opportunities for British firms – you just have to know where to look.

In terms of rail, it’s quicker to say what is not being built. Chan says: “The government’s stimulus package switched the focus from highways to rail, especially high-speed rail, higher-speed rail and metros.”

Highlights of the build programme include subways in more than 20 cities and the gargantuan high-speed network outlined above, which will include passenger designated lines (PDLs) that attain speeds of up to 350kmph and mixed-use lines for passengers and freight that can reach 250kmph. In all, the high-speed network will comprise eight major rail corridors, four running north-south and four running west-east with most lines being PDLs. Key PDLs include the 1,318km Beijing-to-Shanghai line under construction since 2008 and due to open in 2011. The line has 244 bridges, including the world’s longest bridge, a 164km span between Danyang and Kunshan.

The Chinese rail programme even includes a plan to eventually extend beyond the nation’s borders. Two networks could link China to Europe, with terminuses in Berlin and London, plus a third international line would run through Vietnam, Thailand, Burma, Malaysia and Singapore.

While most of the big international airports have now been built, an extensive programme of regional airports is under way, but Chan says that these contracts have been largely sewn up by Chinese firms.

There are better opportunities for foreign players emanating from coastal developments, which need significant infrastructure, and within the energy industry. The programme to develop China’s west coast, on which 66bn yuan (£6.6bn) is being spent, aims to bring this side of the country closer to the industrialised east side. It includes land reclamation projects, building roads and utilities, including wind farms.

The power sector is being expanded hugely throughout the country under a plan to reduce its heavy dependence on coal. An immense nuclear programme is under way, with 57 plants due to be built between now and 2012, including 20 on site now, and a further 150 plants proposed. At least 16 provinces, regions and municipalities have announced intentions to build nuclear power plants between 2011-15, according to the World Nuclear Association.

Then there is wind power. China became the world’s second largest wind power producer when it overtook the US and Germany this year. In 2009 it more than doubled its wind farm capacity from 12.2GW in 2008 to 25.8GW. The government has picked six locations with the best wind resources, and set a wind energy generation target for each of them to be reached by 2020.

Mott MacDonald, which has 200 staff in China, has made good inroads into the utilities market, building wind farms and water resources in the north, hydropower schemes in the south and waste water treatment facilities in the east. It is involved in five water and waste resources schemes.

China is building 25,000km of high-speed track by 2020, but there may be more opportunities for international consultants in the metro and light rail programmes

Where the work is

Chan says the rail programme does not tend to equate to contracting or heavy engineering opportunities for UK firms – most of these go to Chinese players, and some German ones, which have high-speed experience. There are exceptions – for instance, Balfour Beatty bagged a £64m contract to electrify the 616km Xinxiang-Heze-Ranzhou-Rizhao line in November 2009. But the best opportunities are in project monitoring, something Brits have leading expertise in, and in designing the plethora of surrounding stations, car parks and amenities.

Paul Lengthorn, director for buildings engineering in China, for Mott MacDonald, says the high-speed rail programme has experienced delays, which is creating unexpected business lines for UK firms. “The delays are opening up support services opportunities for British firms, because the government wants to bring in advisers on quality and health and safety.”

As for the metro programme, Chan says: “More international consultants are involved here and it’s not just about tracks and tunnels; there are opportunities for UK firms in the real estate development around stations, masterplanning the area, new transport hubs and designing the stations themselves.” There are even contracts to design one-off stations that small architectural practices could go for.

Even more encouragingly, Chan says that Chinese construction consultants are in short supply. “It’s tough to get good engineers and designers in China. Although they are of a very high standard, there aren’t enough of them and many are highly specialised in niche areas, whereas UK firms tend to have more rounded training, which equips them for plugging skills gaps.”

How to win work

On the other hand, Chan warns that Chinese clients like to hire firms with “some level of specialisation – and many small UK architects may find they are not specialised enough”. You’ll also be up against stiff competition from Japanese architects who are “more aligned culturally” and geographically closer.

Chinese clients also like one-stop shops. This means Scott Wilson will bring in foreign architects, but they work under its banner.

Above all, when dealing with Chinese clients, says Chan, “you need to tune in to the will of one’s leader.” He says: “Here in China the contract is an almost completely useless piece of paper; instead you really need to know what the man at the top of your client organisation wants.” And be warned: “His subordinates may have gauged him wrong.”

As for the contracts used, Lengthorn says they “resemble standard forms like the NEC”, but they are Chinese documents, written in Chinese. Chan adds that, unlike in the West, signing the contract is just the beginning of setting out the scope of the project. “The contract is the start of the relationship. The contract will keep changing throughout the projects.”

Government clients are behind all the big infrastructure projects, which are tendered openly. Finding these opportunities has just become easier: a new service from UK Trade & Investment, the arm of government that helps UK firms work abroad, is posting all the opportunities on its website (see box). With so many opportunities in one of the few international markets that is still going full steam ahead, cultural differences aside, it would be well worth logging on.

Mott MacDonald is providing technical assistance on a £9.8bn project to build a city in northern China for 350,000 people that will meet new standards of energy, carbon and water usage. Tianjin Eco City (pictured) will be a blueprint for future developments in China, and will include green transport, energy systems and buildings.

The city’s key features will include:

The table below shows a small selection of recent approvals in the infrastructure and environment sectors. Using the services of UKTI and their service provider in China, the CBBC (China-Britain Business Council www.cbbc.org ), you can research these and contact the relevant stakeholders.

Registering on UKTI’s portal www.uktradeinvest.gov.uk will give you full access to these and other business opportunities worldwide. For more on the fiscal stimulus initiative, visit www.tinyurl.com/ye5jnb2

To discuss any of the projects, please contact UKTI’s Mara Poole on mara.poole@pera.com