Complying with Part L: A question of cuts 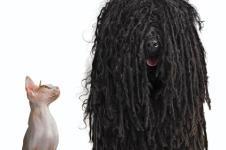 L is for … Some building types need to shave their carbon emissions a lot. Others, less so. Yet the regulations say they all have to improve by 25%. The last in our series on Part L examines a proposal to fix this anomaly

One of the oddities of the energy regulations is that it can be easier for an energy-guzzling air-conditioned building to comply with Part L than a naturally ventilated one. The reason is that, under the last two revisions of them, all new buildings have had to cut their carbon emissions by 25% compared with a notional model of the same building. This is obviously a lot harder to do if the type you are comparing yourself with already has low-energy credentials. The upshot is that some impeccably green buildings have failed to pass Part L, which is at best an anomaly and at worst plain daft.

Under the proposals for the 2010 revisions to Part L, rather than going for a flat 25% improvement in energy emissions for all buildings, the communities department is proposing a more flexible approach for non-domestic buildings. This would allow some to achieve less than a 25% reduction while others would be expected to cut more.

To level the playing field and make sure designers get the biggest bang for their buck, a series of cost–benefit curves will be incorporated into the notional model. This will determine the cost-effectiveness of improving elements such as lighting, windows and hot water systems relative to the overall energy performance of the building. And when the communities department carried out its cost–benefit analysis it modelled an ideal specification and came up with some potential carbon reduction targets (see below).

So designers of types where there is room for improvement suddenly have a lot of thinking to do. Here, Building looks at which will have to make the biggest cuts, and what impact that may have on their designs.

Carbon reduction 27%
Room for improvement 2/5
Shallow-plan buildings have a greater surface area than deep-plan buildings and so have greater losses through the building fabric and through infiltration.
Easy wins The building envelope will need to work harder, which means improving its U-values and aiming for an airtightness of 5m3/m2/h or lower. Shallow-plan buildings can make better use of daylight than other types, thereby reducing the reliance on artificial lighting. Occupancy sensors, dimming and daylight controls can cut electrical loads.

Carbon reduction 33%
Room for improvement 3/5
In a shallow-plan building, such as an office block, energy demand is dominated by lighting and cooling loads.
Easy wins This time it comes down to shading, which is needed to control solar gain and limit the work the air-conditioning has to do. Less glazing is a valid solution, albeit with a trade-off in increased demand for artificial lighting. But it doesn’t necessarily spell the death of the glass icon – clients will just have to be prepared to spend more on high-performance facades.

Carbon reduction 19%
Room for improvement 3/5
With deep-plan buildings, the emphasis shifts from the facade to the plant.
Easy wins Tackle plant size and efficiency. The proposal to increase the carbon content of grid electricity by 40% (reflecting the replacement of nuclear power with coal) means savings on systems that use it, such as motor drives for pumps and fans, are more influential. One way of reducing specific fan power is to have larger ducts – the downside is there will be larger service voids and risers.
In May the British Council for Offices published a recommendation that design temperatures in air-conditioned offices should rise from 22ºC to 24ºC after field trials found that this would not affect comfort. This offers a potential saving in plant size straight away.
Because deep-plan buildings receive less daylight in their interiors, artificial lighting becomes more important. Zoning, daylight sensing and occupancy sensors will be needed.

Carbon reduction 22% without rooflights,
36% with rooflights
Room for improvement 2 or 3/5
The problem with a lot of warehouse buildings is that the final occupier is not always known, so the heating or cooling requirements won’t be installed until later.
Easy wins If the building is going to have rooflights, ensure that they are north-facing to cut down on solar gain. It is also worth considering how the building is going to be occupied – if racking is placed under the rooflights, artificial lighting will be needed.
Most warehouses have a small amount of office space, so designers will need to tackle the heating and lighting systems in these. In the warehouse space, radiant heating panels can be more effective at providing warmth for workers, and lighting with intelligent controls will save energy.

Carbon reduction 25%
Room for improvement 4/5
For hotels, the energy demand is dominated by the heating systems and the year-round need for hot water to serve bathrooms, kitchens, laundries and swimming pools.
Easy wins Anything with a relatively constant heat demand is a candidate for combined heat and power (where the waste heat from the electricity generation can be used for heating). However, under the proposed regulations CHP is likely to prove less beneficial. Previously, when calculating the carbon emitted from electricity generated on site as opposed to that taken from the National Grid, it was assumed that grid power was responsible for 37% more. It is now proposed to calculate this at the same carbon content as the grid, making on-site electricity generation less influential. More efficient boilers and facade design could be the way to go.

Carbon reduction 23%
Room for improvement 3/5
Acoustics is often the critical factor in schools. Those near a busy road usually cannot open their windows, which suggests mechanical ventilation is required. A school in a rural area will be able to open its windows.
Easy wins Again, improvements can be found from the building envelope, for example aiming for advanced thermal bridging, an ambitious airtightness of about 3m3/m2/h and U-values for the walls of 0.1W/m2K and for the roof of 0.25W/m2K.
Other targets should be the mechanical ventilation and air-conditioning systems and associated pumps and fans, which need to be high efficiency. Daylighting and occupancy controls for lighting are another target and rooflights are an option for cutting down on the artificial lighting required. Thermal mass can also help to take out peak loads in heating and cooling.

Carbon reduction 33%
Room for improvement 4/5
The three biggest energy guzzlers for most retailers are lighting, refrigeration and the combination of heating, ventilation and air conditioning. These are the priority.
Easy wins On the cooling side, some shops are experimenting with low energy displacement ventilation, which comes in through the floor and does not need to be cooled to the same degree as air-conditioning. Retailers are particularly sensitive to lighting as it is one of the key tools for enticing buyers; however, lower light levels on the shop floor – 800-1,000lux, and more efficient T5 fittings, along with lighting controls such as occupancy sensors in changing rooms, daylight linking for window displays and dimming controls to be used when the shelves are being restocked out of hours.

Carbon reduction 11%
Room for improvement 1/5
Supermarkets are adept at building airtight, energy-efficient envelopes and so it could be difficult to find big gains here. The main saving is probably to be found in refrigeration: in a large store this accounts for about 40% of all the energy consumed.
Easy wins More efficient central refrigeration plant, coupled with doors, weir guards or night blinds for open refrigeration cabinets to prevent cold air from spilling out can reduce energy demand. More energy-efficient lighting will
also play a role.