The construction industry will need more than a spoonful of sugar to help the chancellor’s medicine go down. Here we sum up where we are now and our panel of experts tell us what they’re expecting on Wednesday

For almost four months now, the government’s response to pretty much every substantive question the construction industry asked it has been “I’ll tell you on 20 October.” If a pound were spent every time government minister said that at the Conservative party conference, we’d have enough money to resurrect Building Schools for the Future, finish a full-scale Crossrail, and repair the nation’s creaking infrastructure. There might even be cash left over to buy Michael Gove a nice long holiday at the South Pole.

But the hour is almost upon us. No government announcement in recent years has had anything like the ramifications for the construction industry as the decisions taken next week. To get an idea of what is at stake, consider the Pricewaterhouse Coopers report published this week. That warned that half a million people in the private sector may lose their jobs as a result of the cuts, including 100,000 in construction.

Since the election, only a limited number of projects that are able to be completed before next April have gone ahead. Consultancy spending greater than £20,000 requires Cabinet Office approval, and a huge number of reviews have been announced.

The big hope is that next Wednesday’s cuts, which will finish off many projects, will also give certainty to those that go ahead. Chris Durkin, chief executive of Willmott Dixon’s support services business, said: “The announcement has been so built up. I think everyone - in business, in government in local government - just needs the anticipation to come to an end now. We want a clear picture.”

Unfortunately, it is not that simple. While ministers in spending departments have been busy lowering expectations about the size of the settlement they will get from the chancellor - witness housing minister Grant Shapps at last week’s Tory conference - the construction industry should also have low expectations about the amount of clarity it will provide.

Seasoned observers, such as former civil servant Stephen Ratcliffe, the chief executive of the UK Contractors Group, warn that only a small number of flagship spending decisions will be announced on Wednesday. “Some things will be made clear, but generally government ministers will be battling to the last just to get their overall departmental spend numbers,” said Ratcliffe. “It’ll take a lot longer to know about individual schemes.”

The problem is that although the review process has agreed the operational expenditure of a number of departments - including Communities, Environment and the Cabinet Office - capital spending budgets are only likely to be tied down at the last minute. That means individual departments are unlikely to have worked out the spending implications of their settlement on the day.

Until they have, projects will remain on go-slow or hold. Durkin thinks this will be the case at least until the end of the year. The government’s localism agenda could further complicate the situation, with councils possibly having to make their own decisions. But Durkin said: “The scale of the cuts - about 30% - is such that there’s no time to ponder for long. It’s a burning platform and they have to get off pretty damn quick. We’ll have a pretty clear picture by year end.”

So while we are likely to hear something about Crossrail, because of its national significance, we may not hear about many other specific projects. In policy terms, there will be more detail on Infrastructure UK’s national infrastructure plan, and on the Green Investment Bank. There is also likely to be more on the Green Deal for refurbishing thousands of homes. Clarity on the future of the schools programme will probably have to wait until the end of the year.

The real deal is undoubtedly capital spend. As departments, and local authorities, digest their settlement, the best we can hope for is that the cuts are carried out intelligently. Mark Prior, head of transportation at EC Harris, says: “The unintelligent way is to cut out scope and reduce projects - you get a short-term gain, but it’s damaging in the long term. There are better ways.”

Let’s hope the coalition finds them.

Building has assembled a panel of experts to cover the spending review. Here are their tips on what to look out for. You can also follow their analysis in the build-up to the event, and on the day itself, at building.co.uk 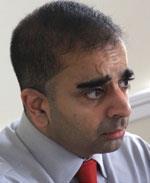 Despite all the talk of cuts, total government spending will actually increase over the next few years, but capital expenditure (the area that affects construction) will fall sharply.

What will happen to capital expenditure in health given the chancellor’s earlier pronouncements that this would be ringfenced? I think it will fall significantly and that “frontline” spending - doctors and nurses - will be maintained.

I expect to hear more on the localism agenda and how the coalition government anticipates the country will meet housing demand (which is currently less than half that needed, based on Office for National Statistics’ population projections). We hope (although don’t expect) to see more clarity on localism.

How will the coalition finance the critical infrastructure investment the UK needs (estimated at between £300bn and £400bn), including the investment in low-carbon energy provision? We anticipate more details on the Green Investment Bank, its remit, what it could provide and from what sources of finance.

There should also be more clarity on major transport infrastructure projects.

We expect confirmation of Crossrail, albeit with savings that run into hundreds of millions of pounds, but no large alterations to the programme. 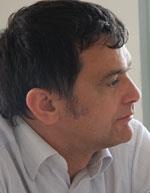 I’m interested in what the spending review will mean for green initiatives.

Will the government leave the current, quite generous, feed-in tariffs alone, or will they reduce them, as the rumour mill has been suggesting?

What level of grant, if any, will be available for energy efficiency measures and renewable installation in the residential retrofitting market?

What support will be available to pump-prime the manufacture of macro and micro renewable technologies in the UK? 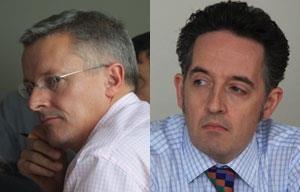 We will see how the government views value for money. A strict economic return criterion may provide the pretext for some radical reallocation of capital spending.

Government typically aims for medium to long-term value, so expect to see some infrastructure schemes retained - but watch the delivery dates. Slipping them back a few years is an easy way to save money.

Most accept that recovery will require a strong skills-based economy. So expect to see education in all its guises re-emerge as a priority for investment.

How will existing commitments to capital expenditure affect the CSR’s flexibility to invest in new priorities? Many large programmes were started several years ago, and would be costly to change. It would take a bold chancellor to write off billions of prior commitments part-way through.

How will capital spending in the devolved regions be affected, and will priorities differ? We need much more joined-up thinking from local government and real innovation in its engagement with the private sector.

We should not expect all the answers on 20 October. We will get the aggregate spend and investment figures - effectively the settlement with each department - but the detail of construction spend as opposed to other capital investment will come once departments have been able to reprioritise their programmes properly. There could be a further hiatus in the spend programme if the implications of the review are not fully worked through by early 2011. 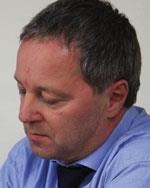 What provision will be made for the support that the Homes and Communities Agency (HCA) has been giving to housebuilding? We are being led to expect little. But as the agency’s accounts for the past financial year suggest, it had a hand in 56,118 completions and 64,811 starts in England during the financial year. That is half of all completions and two-thirds of all starts. Some of those might have happened without the HCA, but do we want to risk a fall in housebuilding from half its pre-credit crunch level to a quarter?

The big hope for the construction industry probably lies in “decarbonising” the world economy. Construction is a big part of the solution. What cash will be put up to support the coalition’s admirable and trumpeted ambitions in this regard? More importantly, how will this cash be delivered quickly?

Axing Building Schools for the Future has left massive holes - in some cases, I suspect, literally. How much money will go to building and repairing schools? How will it be spent? 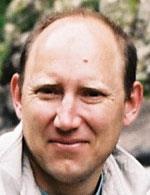 There is a widespread perception that social housing is needed and so money will continue to flow in. A view of clients’ workloads reveals why they think this: some are focused entirely on social housing and education. Other housing may well be needed but that means little against today’s budget crisis.

I would like to see more clarity on energy. Most speak as though nuclear is a done deal, yet in the absence of public subsidy I find this hard to believe. The issue of nuclear waste has yet to be sorted. In the US new nuclear plants are on hold, as companies say investors will never fund new plants until they have clarity on their liabilities concerning waste.