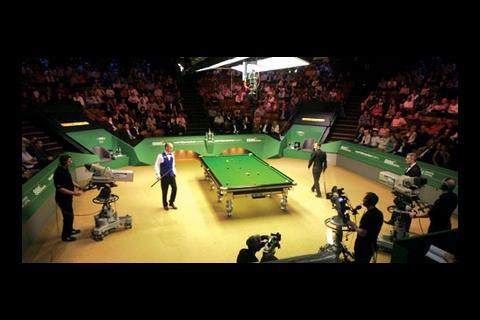 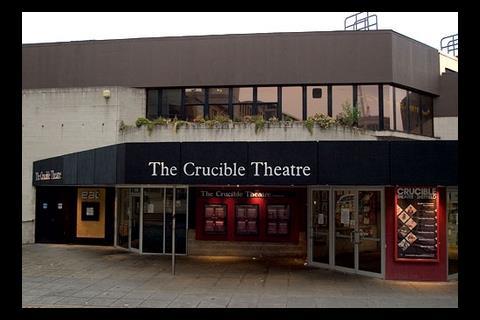 The venue is getting old and is going to be refurbished in phases so it does not interrupt the snooker. 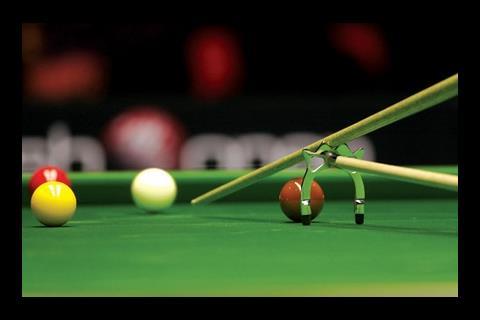 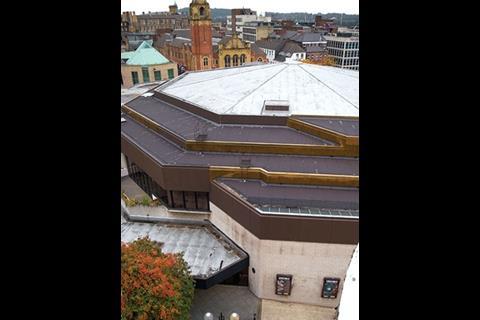 The flat areas of the roof have already been replaced. 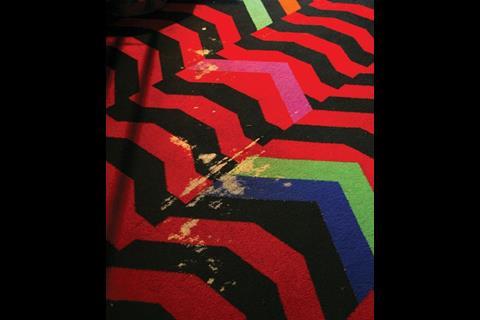 Work on the front of house areas starts next week, and the old carpet is being cut up and sold for £75 a piece. 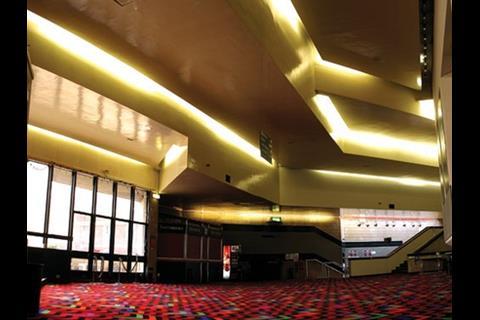 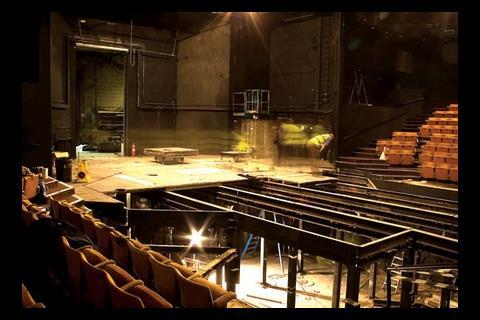 The stage has already been renewed in time for this season’s snooker – it has been designed to be lowered easily so people in the front seats can see the top of the snooker tables. 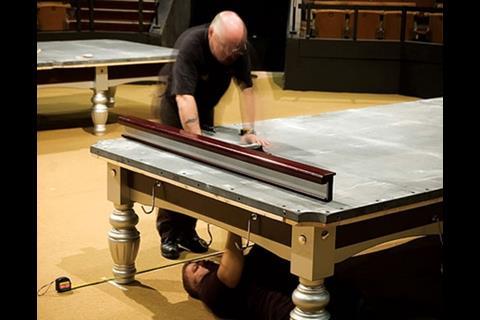 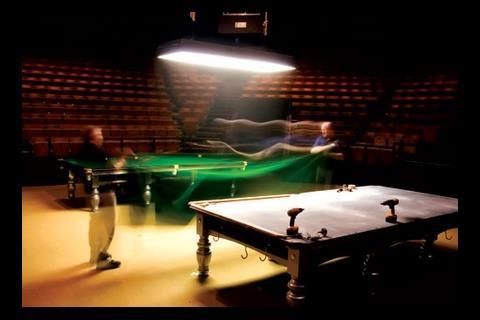 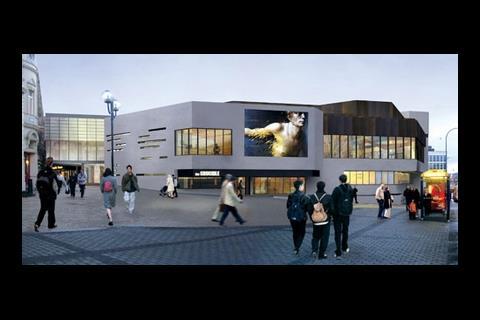 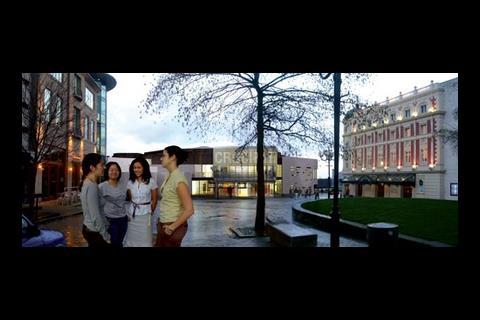 If there’s one thing the city of Sheffield, the world’s snooker fans and project manager David Hobson can all agree on, it’s that nothing can stand in the way of the World Snooker Championship next year. Not even its venue’s much-needed revamp. Thomas Lane puts you in the frame

Over the past three weeks, Sheffield has undergone its annual transformation into Snooker City. From the minute you arrive there is no escaping the fact that this is the home of the 888.com World Snooker Championship. Rail commuters get to try a few tips from top players on tables at the station, posters advertising the event adorn the streets and outside the Crucible – the theatre where the event is hosted – crowds throng around giant screens to watch the play unfold. Inside, it’s even busier – the BBC has set up a mini-media centre so the whole world can spectate.

But look past the hype, and the cracks start to become visible. The fact is that the Crucible is tired. Very little money has been spent on the fabric of the building since it was completed in 1972. David Hobson of local project manager Hobson Hague, gives an example: “Twelve years ago the air-conditioning in the main auditorium started failing and because money was tight, they just turned it off.”

Hobson has been employed by the theatre to oversee a £15.3m refurbishment that will make it worthy of an international sporting event. “This function is being beamed all over the world and we want to have world-class facilities to support the snooker and the theatre productions,” he says.

But this is a refurbishment with a difference. It is crucial that the work is finished ready for the championships next year – the last thing Hobson wants is to be responsible for breaking a 32-year run of snooker at the Crucible. “There is absolutely no chance of the programme overrunning,” he says. “If it does, it’s death to me as a project director.”

Snooker is vital for Sheffield: the council says it brings in £6.5m a year and gives the city a second fortune in free publicity, so naturally the suggestion of moving it temporarily to another venue prompts a sharp intake of breath. “In York they moved a snooker tournament to another building. It wasn’t up to standard, so they moved out and never came back,” Hobson says. “We can’t afford, as a theatre or a city, for world snooker to go anywhere else.” Indeed, such is Sheffield’s love for the game that the old carpet in the Crucible is being sliced up and sold for £75 a square to snooker fans in the same way that bits of the old Wembley twin towers were sold to football fans; the old seats in the auditorium are also being flogged to help with refurbishment costs.

The remodelled Crucible will have a glass entrance, upgraded bars and a new box office. The smaller studio theatre and back-of-house facilities, including the dressing rooms, are being upgraded, too. The auditorium will get a new stage and seats, and the M&E works will finally be replaced. The building will also be much more accessible to disabled people. A lift and extra viewing areas inside the auditorium are being installed – until now, there has only been one place for wheelchair users to sit.

Twelve years ago the air-conditioning in the main auditorium started failing and because money was tight, they just turned it off.

So how do you carry out a root-and-branch refurbishment without the risk of messing up the snooker? The answer is to do it in carefully planned stages. A large section of the roof and the main stage have already been renewed in time for this season’s snooker. The minute the final finishes on Monday all the snooker paraphernalia will be stripped out ready for the main work, which starts two days later. This includes pretty much everything apart from the studio theatre and the back-of-house areas. This needs to be completed in time for the championship in April 2009, and the rest of the work will be completed in time for the 2010 season. The M&E will be done in two stages – the front-of-house will be ready for 2009 and back-of-house for 2010.

Hobson says working out the timing of the stages is the key to the job’s success. “It’s all about pre-planning, pre-planning and pre-planning, and if something goes wrong, we always have a contingency plan.”

The work kicked off with careful selection of the project team, which Hobson delegated to the architect, Burrell Foley Fischer. It selected consultants with theatre experience and, crucially, ones it had worked with before, which meant the team could hit the ground running.

The team worked up the design as much as possible before going out to tender for a main contractor. “There are very few performance-based specifications in this job,” says Hobson. One of the contractors said it was the most comprehensive M&E design they had ever seen at this stage.”

There was a small hiccup – in that the building got a grade II-listing during the design process – but Hobson says he knew this was on the cards so ensured the design took it into account.

According to Hobson, Sheffield council rushed the planning application through because of snooker’s importance to the city. With listed building consent, work started on replacing the stage 10 days before Christmas last year. The theatre has a “thrust stage” that projects out into the seating area. It is also level with the floor where the people at the front sit. If the table were put on the stage as it is, the people at the front would not be able to see the game; therefore the stage has to be lowered by the height of a table. Years of lowering and raising the stage had taken its toll. According to Hobson it had become wobbly and needed propping up during the snooker. The new stage is rock solid and has been designed to be lowered easily, in four hours rather than several days.

Hobson got the theatre to work out exactly how it will use the finished building – even down to the sort of food it will serve in the cafe.

The theatre wanted a traditional lump-sum contract for the main contract so it did not have to bear the risk for the work. To Hobson’s surprise he got five serious tenders from contractors, which he puts down to the allure of the snooker. There was more good news: three of the tenders were within budget which meant there was no need for cost cutting. Hobson boiled the choice down to two. “It came to the point where we could work with each contractor, so in the end we went with the cheapest.” The successful contractor was Banner Holdings, a firm that had already replaced the theatre’s flat roof.

Banner has until the end of September to do the heavy work, including installing the glass entrance, auditorium and lift, and until the end of February 2009 to complete the fit-out and commissioning of the building systems. This gives six weeks to get the licences needed to set up the snooker.

When it won the tender in January, Banner immediately started work on the elements of design it was responsible for and appointed specialist contractors ready for the 7 May start date. “It’s a competitive programme. What goes a long way to achieving this is the 17-week period we had from 25 January to do the contractor design elements,” says Peter Corbett, Banner Holdings’ director. “That way we can hit all the areas at once.”

Hobson also got the theatre to work out exactly how it will use the finished building – even down to the sort of food it will serve in the cafe. This is because he does not want any client changes to the design once work starts. “In my experience it’s the client changing things that causes a lot of grief,” he says. He adds that any changes will only be sanctioned if they do not affect cost or programme.

So will the building be ready for the snooker next year? Hobson admits he is allowing plenty of time but understandably is being cautious, especially after the contingency time allowed during the roofing works was swallowed up by the discovery of asbestos. But he is confident enough not to impose unusual penalty clauses on the contractor, so snooker fans can probably look forward to Sheffield retaining its snooker city status next year and, providing the back-of-house work is finished on time, again in 2010.