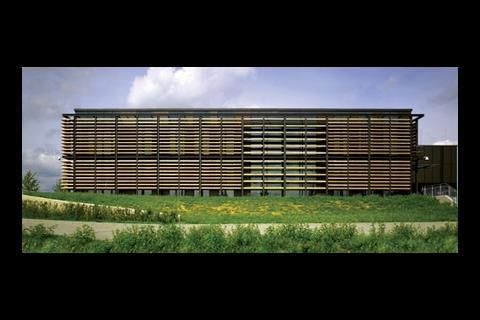 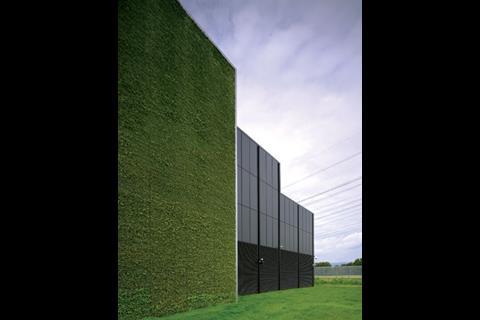 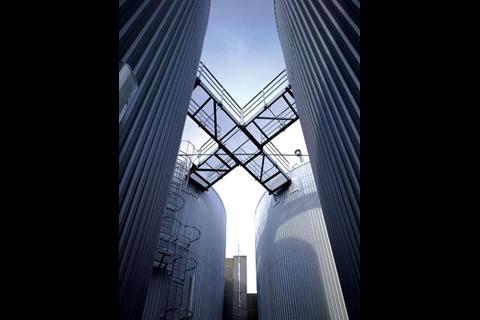 The next time you use Google, think of the vast amounts of power data centres use – 20 times that of a normal office. Stephen Kennett looks at what companies are doing to prune their consumption

Can a data centre ever be green? Although from the outside these nerve centres of today’s digital world might appear like little more than glorified industrial sheds, they in fact consume colossal amounts of energy. Stuffed full of the computer servers that provide the lifeblood of financial institutions and our demand for instant internet access, a typical data centre requires a power load in the range of 20-40MW, 15 to 20 times that of a typical office. But last year worldwide emissions from data centres topped 170 million tonnes of carbon and there’s little sign of it peaking. By 2020 they are predicted to quadruple, outstripping those of the airline industries.

This insatiable thirst for energy is beginning to attract the attention of US and European governments, with steps being taken to introduce legislation to curb consumption. However, some clients and operators are now developing what they claim to be green data centres. One is an Arup Associates-designed data centre in Frankfurt for financial giant Citi, which could be the first to achieve a LEED Platinum rating.

Another is US developer Data Realty, which has announced the first data centre to be built to green energy standard BREEAM Excellent, for HSBC in north London. This follows on the heels of a facility across the pond built to US standard LEED Gold. According to chief technology officer, Jim Smith, this is part of an emerging trend for more energy-efficient designs.

Smith concedes that one of the reasons Data Realty is adopting this approach is to raise brand awareness. But there are bigger drivers. One is the need for companies to meet their corporate social responsibility agendas. “There are a lot of people in the high-tech business who don’t know what they should be doing from a sustainability point of view,” says Smith.

The other driver is money. The likes of Microsoft, Yahoo and Google rely on mega data centres – the more efficient these are, the cheaper they are to run. “I think what people don’t realise is that a lot of these big companies do their own development. They are on an enormous scale and the economic drivers in these businesses – compared to a large global financial company – are at least one or two orders of magnitude bigger.

Robert Thorogood of engineering consultant Hurley Palmer Flatt (HPF), points to another reason for going green. The Carbon Reduction Commitment, which is due to come into force at the beginning of 2010, will penalise companies that have an annual electricity usage above 6,000MWh a year – roughly equivalent to a £500,000 bill – with higher taxes. This is data centre territory. “It’s driving companies to look carefully at reducing their electricity use,” says Thorogood.

HPF has been looking at schemes that will run on anything up to 100% renewables. According to Thorogood, meeting power requirements of 10-20MW is entirely feasible, but he says it does mean they are having to look at more remote locations, where wind power or even tidal energy can be harnessed. “This means the choice of site becomes much narrower because remote sites with the necessary fibre connections are difficult to find.”

Biomass is another option being pursued, along with gas-fired combined cooling, heating and power plants that use an absorption chiller to turn the waste heat into cooling.

Yet, although the primary concern of many clients is tackling energy, others are looking to go further. Arup Associates hopes that, by addressing sustainability in a far wider sense, its new European data centre in Frankfurt for financial giant Citi will be the first to achieve a LEED Platinum rating. “Clearly there are significant power demands,” says Mike Beaven of Arup Associates. “But what we were interested in doing with the client was extending the discussion to look at the broader agenda. They were very enthusiastic and it became one of the key drivers of the theme of the whole data centre”.

Arup Associates pursued a two-pronged attack. Along with engineering the services to be as efficient as possible, it specified materials that would have the least environmental impact. The cladding was specified to have the lowest embodied energy, rather than to have the lowest cost, and a biodiverse roof and extensive green wall became features of the building.

But in a departure from its traditional consulting role, the firm also focused with the client on the way the IT kit was being run. “When we started looking at the building we realised quite quickly that having efficient building services will only get us so far in terms of reducing the overall energy use,” says Beaven.

The solution was to try and reduce demand in the first place. A lot of servers only operate at a fraction of their capacity, so a way has been found to share the processing capacity by running several applications on one machine. This, combined with hibernation – which shuts a server down when it’s not in use – can slash energy use. “It started off with a green agenda for the building but then trickled down,” says Beaven.

One other area being explored to save energy is to relax conditions inside the data centre halls. Computer chips work best when the temperature and humidity is tightly controlled – typically around the 22ÞC mark, plus or minus a degree, and 50% humidity, but every degree the temperature rises saves around 1% on energy. While financial services companies are less comfortable with doing this, internet clients are becoming more aggressive with their operating conditions.

Thorogood voices some caution with this approach. It gives you less leeway, he says, in case the air-conditioning should fail and before the back-up system kicks in. The nervousness is understandable. If the air-conditioning in a 30,000m2 data centre with a power load of 1,600W/m2 should fail, the temperature would rise at a rate of 1ÞC every four seconds.

However, if clients are less worried about humidity levels, it also opens up the opportunity to use air directly from outside for cooling, which could potentially cut down the number of chillers needed. Arup Associates has used direct air cooling on a scheme for BSkyB and at the Citi facility. “Some clients accept it and some don’t,” says Beaven. “But when you’re designing for an end user you can at least have the conversation and consider it.”

With the energy consumed by global data centres doubling between 2000 and 2006, the new wave of green data centres alone won’t solve the problem. Tackling the efficiency of existing facilities is essential, says Thorogood. But more radical solutions are also on the horizon. It has been reported that Google is planning to launch a fleet of water-based data centres that will house the computers needed to operate its internet search engines. Anchored up to seven miles off shore, the idea is that these floating buildings would use the surrounding wave energy in a bid to cut down on energy – as well as avoiding property tax. It might sound like an extreme solution and it raises plenty of questions, not least where to locate them and how to connect them to the data network. But as Smith says, I certainly wouldn’t be betting against any idea that Google has. Ten kilometres from the centre of Frankfurt, the new data centre for Citi could provide a template for future developments. Arup claims its services will use 30% less energy than a conventional facility, saving up to 11,750 tonnes of CO2 a year. So how is this possible?

1) Cooling
One of the biggest consumers of energy in a data centre is the cooling. For every kilowatt of energy spent running the computers, roughly a kilowatt of cooling is required. In the UK legionella scares have meant that wet cooling systems, which use cooling towers, aren’t widely used. However, in Germany Arup Associates has installed a water-cooled system, which enables free cooling and chiller plant efficiency to be maximised. The system also employs reverse osmosis to recover up to 90% of the water that would otherwise go to waste in this process – 35 million litres a year. This in turn slashes the chemicals needed for water treatment.

2) Cooling towers
Each cooling tower has been designed to reduce power consumption from 74kW to 22kW by using a single fan which is controlled using a variable speed drive.

3) Green roof
An extensive green roof covers almost the entire roof. This helps reduce thermal gain into the data hall during the summer months and increases the roof’s lifespan. The roof is supplemented by a 55m x 12m high green wall that uses indigenous plants and is irrigated by water recovered from the roof.

4) Computer room cooling units
An enhanced computer room air-conditioning unit has been developed that reduces power consumption from 9.3kW to 3.3kW per unit.

5) Back-up power
Data centres need to run seamlessly 24/7, 365 days a year. To make this possible they require back-up power supplies for both the computer servers and the air-conditioning keeping them cool. The Citi data centre has an N+N grid supply – for every power supply there is a duplicate. Rather than use lead acid batteries in the back-up system, Arup Associates has installed diesel rotary uninterruptible power supplies. These reduce power losses from 9% to 2%.

6) Offices
The 15,000m2 of offices have been designed to be naturally ventilated and maximise daylighting. White oak louvres control the solar gains. There’s not much demand for heating in data centres but where it is needed, such as for the offices and for hot water generation, heat pumps are used.