‘Developers use appeals to blackmail the council’ 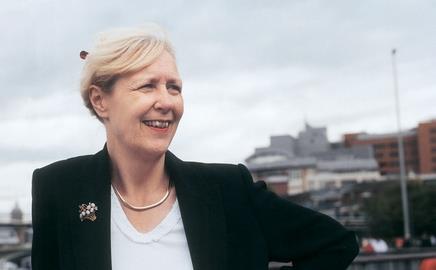 And that has to stop, says Katrine Sporle, the head of the Planning Inspectorate. It’s just one of her prescriptions for the ailing system. But is she right? In the second of our series of articles on planning, David Blackman tries to find out

Katrine Sporle’s first job was a matter of life and death. “I was given pins and a map and told to plan the ambulance service for Yorkshire,” she says, describing the day she started work as an 18-year-old civil servant in the Department of Health.

The absurdity of making such decisions from an office in Whitehall was not lost on Sporle, who left soon after to work in local government. She went on to become the chief executive of Basingstoke council. On the way, she worked at Westminster council, where she met her husband Sid, who was the borough’s chief planning officer.

But it’s Mrs Sporle who has the big job now. As chief executive of the Planning Inspectorate, she is virtually judge, jury and executioner on schemes across the country. Developers go to the inspectorate to process appeals against planning refusals. Typically, the body will deploy a planning inspector and run a public inquiry to resolve the dispute.

In addition, Sporle’s team vets local plans, which councils draw up to show what can and cannot be built.

Sporle took up the post in 2003 and quickly realised how close to collapse the planning system was. Less than a year into the job, the government cut the deadline for submitting appeals from six months to three. The idea was to speed up the system, but panicked developers bunged in appeals en masse.

The inspectorate was paralysed by the sheer volume. At one point, it had a backlog of 5,000 cases. And appeals would take more than a year to be heard, further delaying key developments that did win approval.

Sporle has spent the past few years sorting out the mess, which she has done so successfully that developers are now more likely to complain that public inquiry dates have come up too soon rather than too late.

She believes the inspectorate finally has the situation under control. “We have been taking massively increased numbers of appeals over the last three years, but this year it seems to have plateaued,” she says.

According to the inspectorate’s annual report, to be published next week, the body processed 23,000 appeals last year, a rise of 3%, which is small compared with the 50% increase recorded in the previous three years.

Given this experience, it would not be surprising if Sporle, 52, was uneasy at the prospect of another government shake-up. However, she is an enthusiastic champion of the planning white paper, perhaps because she had a hand in shaping it.

Sporle is credited with driving the moves to reform small-scale householder applications, such as house extensions. The idea has been kicking around government for years, but Sporle kept it on the agenda by devoting a portion of her research budget to working it up. She says it ought to free up officers and lead to better decision-making by councils, which should in turn mean fewer appeals.

Also in the paper, which is the template for the planning reform bill announced by Gordon Brown, is a proposal to let the inspectorate charge for processing appeals. The paper says this should be a flat fee or a figure based on 20% of the sum the developer is charged by the local authority to process the planning application in the first place.

For some critics, the idea is an affront to natural justice – akin to charging for the right to appear in court. But Sporle says the £31m-a-year appeals system must either become self-financing or receive better support from the Treasury. “We have to make sure the system is well resourced,” she says.

According to critics of the fees proposal, the government believes many applicants use the appeals process tactically. It is a view that Sporle shares. “We want people to appeal because they have to, not because they are playing the system,” she says. “We should only be receiving appeals on disputes that can’t be resolved at a local level.”

She says developers and local authorities must share the blame, but reserves her harshest words for the former. “Over the past few years, developers have been getting frustrated with the system and have been using the submission of an appeal to blackmail the local authority,” she says.

She echoes Cabe’s concern that the volume housebuilders are not producing designs that are in tune with the vernacular. “You can get housing schemes that are replicated right across the country,” she says – although she adds that many schemes do buck that trend.

And she has short shrift for the housebuilders’ argument, usually trotted out at results time, that delays in development are largely caused by the planning system.

If developers are so keen to get on, she says, they would be better at meeting the appeals deadlines laid down by the inspectorate.

Too many councils and developers use appeals as the start of negotiations, she argues. The inspectorate’s monitoring shows that 88% of developers and authorities refuse the first inquiry date they are offered. Also, many pull out at a late stage, when it is difficult to redeploy a inspector.

The inspectorate faces fresh headaches, the chief of which is another consequence of the last round of planning legislation. Inspectors have already thrown out a number of development plans because they do not meet the requirements of the 2004 Planning Act. And this autumn, all councils’ forward plans will have to be replaced or approved by government, which is expected to lead to a fresh upswing in appeals.

It could be 2003 all over again, but at least Sporle has proved she has the mettle to cope with a challenge.

Slashing deadlines for appeal; lack of funding for appeals system

What should be done