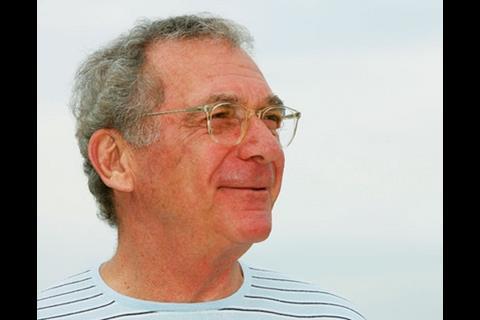 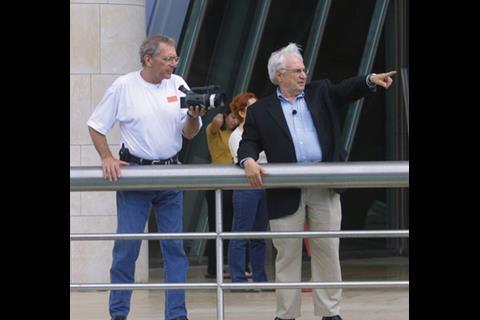 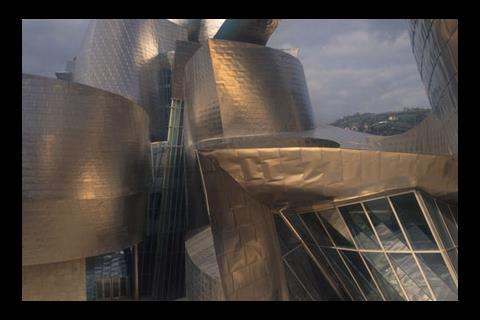 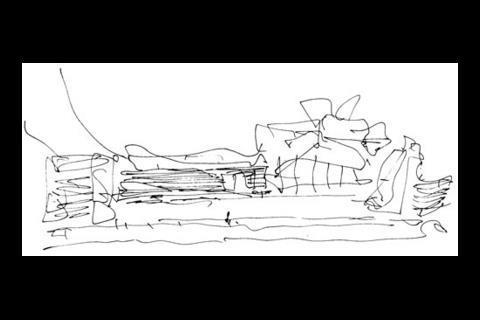 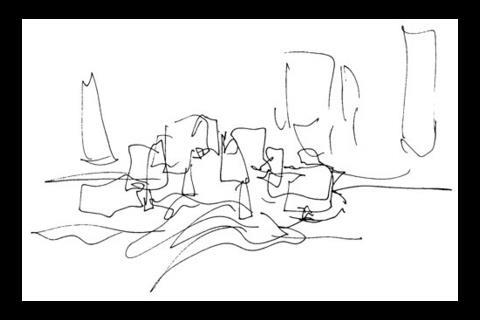 When Sydney Pollack first saw the Bilbao Guggenheim, it moved him to tears. The great director tells Martin Spring how it also inspired him to make his first documentary – a journey into the mind of its creator, Frank Gehry

‘Frank has an original, perverse way of doing things. When he asked me to make a documentary about him, I thought he was crazy.” After four decades in Hollywood, director Sydney Pollack knows a little about crazy artistic types.

The resulting film, Sketches of Frank Gehry, is released in the UK today. The director, who turns 73 next week, made a flying visit to London earlier this month to launch it, alongside Gehry, at the opening event of the RIBA’s Architecture Week.

It was a flying visit in every sense – Pollack piloted his own jet from California to London – but he granted Building a rare interview at his hotel suite in the grand classical palace of the Sofitel St James.

Although our photographer was turned away by Pollack’s minder, who said he was feeling out of sorts after his long flight, the director, dressed in a seersucker shirt, denim jeans and black Chelsea boots, appeared relaxed, affable and eloquent.

Pollack’s reputation is based on suspense thrillers such as Three Days of the Condor, starring Robert Redford, and The Firm, starring Tom Cruise. When he has ventured out of thriller mode, he has won further acclaim, notably for the offbeat comedy Tootsie, in which Dustin Hoffman masquerades as a woman, and the Oscar-winning romantic drama Out of Africa. With Mirage, the company he runs with Anthony Minghella, he has produced more than 20 films including Breaking and Entering, Minghella’s 2006 drama about an architect working in King’s Cross.

Despite his self-deprecating remarks about directing the Gehry film, Pollack had at least two key qualifications for the job. The first was that he was a friend of Gehry’s and shared similar professional concerns. “I got to know him at a party about 30 years ago, and we hit it off,” says Pollack. “We were both complainers, about how difficult and frustrating we both found it to work in areas where your value is completely judged by a commercial world outside yourself. Me with movies and him with buildings.”

Pollack’s second reason for taking on the project was his extraordinary reaction to one of Gehry’s best-known buildings, the Guggenheim museum in Bilbao.

“This was the genesis of the film,” says Pollack. “When I first saw the building on the opening night in 1997, I really just started to cry. I just didn’t expect a building to have such an emotional impact like that. I couldn’t get it out of my mind for days. So I got curious about Frank at that point. I wanted to know how this building came about.”

Once on board, Pollack and Gehry compiled the film in a remarkably desultory manner over five years, as a sideline to their professional activities.

“There was no time schedule and he was as busy as I was,” says the director. “So we only got together once a year for five years.

The Guggenheim’s shape never went where you expected it to go. And everywhere else it sent you, it created delight

I would go over on a Saturday afternoon and talk to him for an hour or two, and then I would come back a year later for another talk, and so on for another three years.”

On top of that, there were interviews with friends, colleagues and critics as well as visits to Gehry’s buildings, rounded off by a 12-day tour of Europe. “The film was a very selfish enterprise on my part,” confesses Pollack.

To create the remarkable intimacy of the film, Pollack shot much of it himself using a small home-movie camera. “For the interviews, particularly with Frank, I did not want anyone else in the room,” he says. “So I used no lights, no professional cameras. The only time my film experience came into play was when we used professional cameras, lenses and angles and lights to try and make the architecture sing.”

The intimacy of the conversations with Pollack was praised by Gehry at the RIBA launch. “It made me much less self-conscious,” he said.

Asked what he got out of making the film, Pollack answers: “The one thing that came out of this was an awakening in me of the power of architecture that’s as strong as Frank’s.”

He recalls about the Guggenheim: “Several things knocked me out about it. It occupied space in such a way that when I saw it I could hear various pieces of music and flamenco dancing. Then its shape never went where you expected it to go: it always went somewhere else. And everywhere else it sent you, it created delight. In another way, it felt like a drugged dream. I started thinking of Coleridge or Don Quixote, because it has that kind of eccentric bravado.”

Pollack also picked up one or two creative techniques from Gehry. “He plays while designing to get it right, just like a child,”

he says. “He just lets his mind go with his working models of buildings and gets his scissors and Scotch tape and staple guns and then bends and twists things around.

“I’ve tried it out already in film direction. You just sit in front of screens showing two or three versions of the script. You cut a piece out of this one and add it to that one. It’s quite effective, really.”

Does that mean we can look forward to an architectural gem from Sydney Pollack? Not in the foreseeable future. He’s going back to the day job. “This fall, I’ll be shooting a film about the Bush/Gore election recount in Florida,” he says. “It’s a political thriller.”