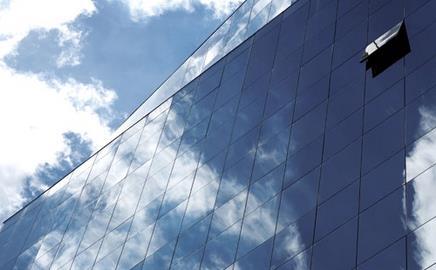 Last week Building revealed that air-conditioned buildings could face a D rating when non-residential energy certificates are introduced next year. So does this mean the end of air-con? Or will tenants simply ignore the certificates when choosing their offices?

Why is the future of air-conditioned offices in doubt?

Because compulsory energy certification for all non-housing is about to be introduced and air-conditioning systems are expected to seriously dent buildings’ ratings. And certification is likely to have an impact on property values – after all, no company will want to proclaim its G-rated offices in its corporate social responsibility report.

Why do buildings require energy certificates?

The EU’s Energy Performance of Buildings directive demands it. This requires member states to assess and declare the energy performance of the fabric of their existing buildings. The government has already worked out a tool for doing this for housing, and that will be implemented from 1 June this year. The details of how certification will work for non-housing emerged last week.

When will buildings need certificates?

As the name implies, when they are sold or rented. If a building is in multiple occupancy a certificate for the whole building must be produced, even if only one tenant is moving in. The only exception is if a building is divided up so it has separate plant and entrances. This would apply to retail units underneath a commercial building. If the retail units were independently serviced, each would need a certificate.

How will the rating be worked out?

As with the certification for homes, the energy ratings will be calculated by using a modified version of the tool that assesses compliance with Part L. In the case of non-housing, it called SBEM (short for simplified building energy method). The tool will award a rating on an A-G scale.

So that means a building that complies with the current version of Part L will get a good rating?

Not necessarily. Homes built to the current Part L standards should scrape a B rating. But this does not mean Part L-compliant non-housing will also get a B rating. This is because SBEM compares the data that is entered with a benchmark building to work out the results. For Part L calculations, it compares the data with a “reference” building of the same type: air-conditioned buildings are compared with notional air-conditioned buildings, and the same applies to naturally ventilated buildings. The crucial difference with the energy rating calculation is that the reference building will always be a naturally ventilated building, probably with local comfort cooling. Any building that is more energy intensive, such as a fully air-conditioned office, will get a poor rating compared with this benchmark. Fully air-conditioned offices will probably struggle to better a D rating.

In many ways it’s fairer. Buildings are compared on an absolute scale of energy efficiency, which will enable tenants to decide whether they want to occupy a air-conditioned gas guzzler, or a more efficient naturally ventilated building. The only reason Part L works differently is because it would be virtually impossible to get fully air-conditioned buildings to comply with it if they were compared with a naturally ventilated benchmark. Of course this might change when Part L is next updated ...

If you can never achieve anything higher than a D or even a C, then agents won’t make much of it

What does the industry think about this?

Reaction to the news has been mixed.

Liz Peace, the chief executive of the British Property Federation, sees a move towards more environment-friendly buildings as inevitable. She says: “It is vital that the industry makes serious steps to look beyond current air cooling and heating.”

However, the British Council for Offices says occupiers will continue to demand mechanically cooled buildings in city-centre locations and that this would be more important than an improved grade on an energy performance certificate.

Simon Rawlinson, a partner at cost consultant Davis Langdon, warns that certification must act as an incentive to make owners want to improve their portfolios if it is to have any value. “If you can never achieve anything higher than a D or even a C, then agents won’t make much of it,” he says. “You need to point to something that provides an incentive.”

The timetable is tight. The government is going to introduce the legislation in March, which means there is little time for last-minute changes to the details. The consultation meeting proposed the following timetable for the implementation of sale or rent certificates:

Before then, SBEM needs to be tweaked so it can be used as a certification tool. The main change will be swapping the Part L notional building data for the naturally ventilated reference building.

The other main challenge will be coming up with an accreditation scheme for the army of certification assessors that will soon be needed. In theory, services engineers will be ideally qualified for the task, but John Field, an energy management specialist with utility and energy management consultant Power Efficiency, warns that certifying existing buildings is different from designing new ones. Working out existing building specification, he says, requires the skills of a detective. “You get a few drawings if you’re lucky. You certainly won’t get the information that you do when doing a design job.”

One thing is for sure: the communities department is going to be very busy getting a successful certification scheme up and running in time.

For more on sustainability issues, log on to www.building.co.uk/sustainabletoolkit