Escape to victory: how SMEs can work abroad 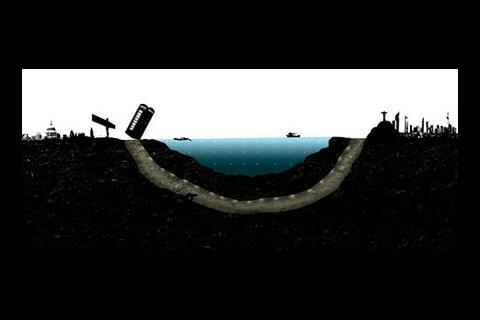 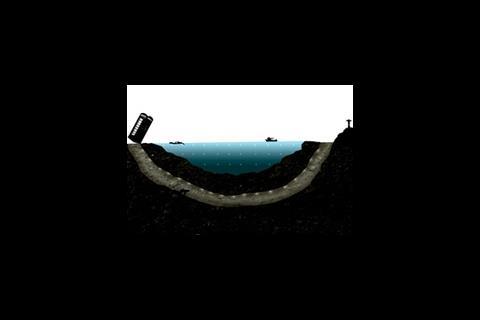 While many of the big consultants dodge the downturn by picking up business overseas, their smaller rivals may be feeling a little imprisoned in the UK. But it doesn’t have to be like that. Thom Gibbs unearths some escape routes that work, and some that don’t

Get work lined up

Setting up an office without work in the bag might be okay for larger firms that can afford to pay staff with nothing to do, but it is suicide for a small business. “Only go out on a job,” warns Phil Day, chair of cost consultant Day & Johnson, which makes 80% of its £3m turnover from four offices in Poland.

As for getting that job, clients at home can lead to opportunities abroad. Barry Masters is director of QS Box Associates, which turns over £600,000 a year, of which about 60% comes from abroad. He says: “A lot of the projects we do in the UK are for international clients, and by talking to them about their plans you can get into other areas. We’re going to Russia for a client we did a project for in London.”

Be prepared to network (a lot)

Trips out of the country can be a strain on a small business with limited cash and staff, but they pay off. Julian Hakes runs Hakes Associates, an architectural practice with eight permanent staff and a turnover of £500,000, of which 40% comes from overseas markets such as the US and the Middle East. He says: “It’s like permanently being at Mipim – you have meetings from breakfast until after dinner. Keeping up those connections is the hardest part of working abroad.”

But, unfortunately, it is essential. “It’s all too easy for somebody to walk in the next day and pick up the project if they’re local and can sort it out while you’re at home trying to get a visa. If you’ve got a good relationship with clients, it keeps them confident you’re the best person for the job.”

Look out for corruption

No small firm wants to end up like contractor Mabey & Johnson, which recently admitted that it may have made payments to Saddam Hussein’s regime in Iraq in 2002, in breach of UN sanctions. A report by Pricewaterhouse Coopers (PcW) published this month said that economic crime hit 40% of UK businesses working abroad. Jonathan Hook, PcW’s global engineering and construction leader, says firms should stay alert. He says: “As firms expand into new markets they need to be more wary of the reputational damage that can be caused by bribery and corruption issues.” As such, it’s best to stress early on that any form of dodgy dealing will not be tolerated. Day says: “We’ve always made it clear to local people we’ve employed that we don’t want to get involved in corruption.” He adds that this will not stop you winning work. “We’ve managed to get enough work without getting involved in anything underhand.”

Consider setting up an office

Some firms find web access allows them to get by without an office, but establishing a permanent base tends to make it easier to attract better staff and more work. Tony Scott, director of Portugal for £6m-turnover chartered surveyor Millbridge, recommends setting one up, but only if the work keeps coming. “You need a sufficient workload to sustain an office, even if it’s only two or three people. You can do a lot remotely, so we’re looking at running a project in Brazil from Portugal. If we feel we can obtain another project in Brazil at the same time, we’ll consider setting up in South America.”

Although it may seem the easiest way to gain a foothold abroad, buying a firm is best left to larger companies. Scott says: “I wouldn’t suggest buying a company immediately. A lot of people who have done that have said it was a mistake, because the differences in culture can be a problem. Project management is done differently in Portugal, for example. Different things are expected of them here, and it’s difficult to integrate with a system that’s not at all compatible with your own.”

A better plan could be to team up with a local firm. This can allow a smaller firm to punch above its weight, but it does not require the complex integration involved in an acquisition. Masters says: “We’re looking to do a joint venture with a company in India, which wants to get into the international market. It feels it needs to tie-up with an international QS, and we can bring the status of being based in London and being members of the RICS. The benefit for us is we’ll can use their office and their staff.”

Send the right people over

Whoever you pick to lead your international expansion must be prepared to work hard, often on things they are not used to. “There’s no admin army back in the UK to support them, so you don’t want to send people out just because they are, for example, good project managers,” says Scott. “Good project managers run projects well, but they don’t necessarily run companies well. You’ve got to send someone who knows how to set up and run a business. That person will probably have to take on a jack-of-all-trades role. When I came to Portugal I was doing the admin, the bookkeeping and the petty cash.”

If you plan to employ locals, hire them on a temporary basis first to make it easy for you to leave if things do not work out. Again, larger firms may be able to afford to make redundancies but this is more difficult for smaller companies. This will also allow you to make sure the new recruits are right for your company. Masters says: “You have to be careful with staff when you’re starting off in new areas. Even though you’ll be visiting, and sometimes managing the project from home, the people over there will be the face of your company.”

Be proud to be British (and small)

“We should shout about what we bring as Europeans, and particularly as British businesses,” says Hakes. “When a foreign client uses us, they’re buying more than just a piece of paper with a drawing on it; they’re buying a slice of our culture and professional standards. It’s important not to forget that.”

Being a small company can also be an advantage, says Masters: “We are more flexible so we can tailor our services to what particular clients need. For example, companies in the Middle East want full bills of quantities and detailed schedules, which we don’t tend to do as much at home. Here we operate in more of a cost management role. A lot of the traditional QS firms have an attitude of ‘this is what we offer, and if you employ us we will give you this’. We have a less prescriptive approach. So we can deal with projects like our current one in Jordan that is contractually complicated.”

Face-to-face networking is always preferable, but flights to exotic locations are not cheap, so look to do as much relationship-building as you can from home. Day also recommends saving money by looking for offices away from city centres. “Our offices in Warsaw and Krakow are outside the town centre, which can be slightly inconvenient but saves a lot of money.”

Scott has some more money-saving tips: “The best way is to get the person who’s starting it up to do more than they’re used to. Generally, the costs don’t need to be extraordinary. You can use an apartment as your office, and beyond that you just need basic running costs and money for occasional high-level socialising. I’m a great believer that for businesses of our size, investment need not be costly if you do proper background research.”