Escos: One of our team is missing 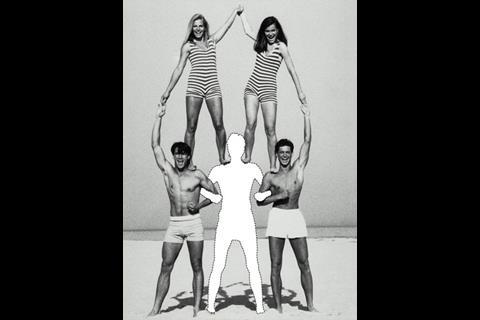 One of our team is missing 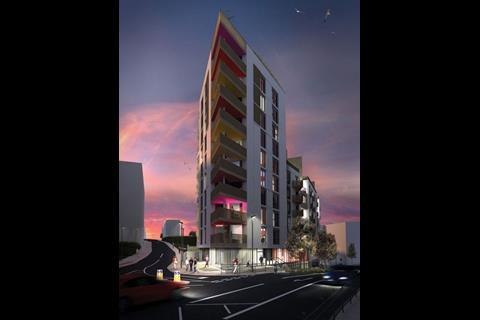 The Esco lives on... Crest Nicholson BioRegional Quintain’s One Brighton scheme will use an Esco to operate and maintain on-site renewables 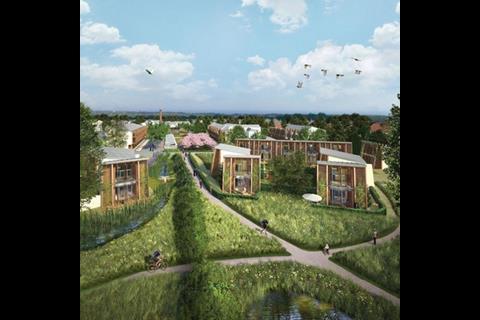 Whatever happened to energy service companies, responsible for on-site renewables? Their near-disappearance is bad news for low-carbon development

Two years ago, energy service companies were seen as a vital part of the 21st-century project team, ably bearing the responsibility for on-site renewables on their broad shoulders. Today, they have all but vanished, making the future of low-carbon development look very wobbly indeed

Those searching for evidence that the recession is bad news for the sustainability agenda should look no further than the plight of energy service companies. An idea that two years ago seemed like a simple and necessary solution to the need for on-site renewable energy has stalled dramatically, leaving several question marks hanging over the future of low-carbon building.

Back in 2007, the attractions of energy service companies, or Escos as they are known, were obvious. The Greater London Authority was insisting that combined heat and power be considered on all new schemes; in the borough of Merton, planners were demanding that 10% of the energy needs of any new development came from renewables; and the Building Regulations were stipulating ever-bigger cuts in carbon emissions. Developers didn’t want the burden of having to install and operate the kit – particularly if they were looking to sell the scheme and move on – so there was clearly a gap in the market for companies with the expertise to do so.

And so it was that the Esco became a serious business proposition. By using their expertise to design and install technologies such as combined heat and power plants or biomass boilers linked to district heating systems, the companies would be able to generate electricity and heat efficiently, thereby undercutting the big energy providers. They would also, thanks to their captive audience, have an almost guaranteed income to recoup their investment.

Fast forward two years, however, and things haven’t quite worked out like that. A lot of the large projects that were in negotiations with Escos aren’t going ahead and, despite the continuing need for companies with this expertise, the fear is that they are simply not going to be in existence when people start building again.

“We know there is a huge need for them because it showed up just before the credit crunch,” says Brian Mark, founding partner of Fulcrum Consulting. “But these Escos were as financially extended as they could be, with no income, and by the time we come out of the credit crunch and need them again, they aren’t going to be around.”

Peter Walker, managing director of EcoCentroGen, which began pioneering the Esco approach seven years ago, agrees that when the market picks up, it is highly likely there won’t be enough companies to meet demand. “The problem is that energy services solutions are linked to new developments and there isn’t a lot of that going on. The impact of this is pretty drastic – we found there was a dramatic reduction in the number of projects going forward,” says Walker.

EcoCentroGen is backed by a US hedge fund and has contracts on five schemes, including two major regeneration projects: Allied Developments and City Lofts Group’s Bay Pointe development in Cardiff, and the Bath Western Riverside scheme being developed by Crest Nicholson. The problem is that so far neither project has been able to go ahead.

The smaller independent Escos that don’t have the backing of the big energy companies are the ones that will suffer the most. “Any independents that didn’t have their funding in place to see them through this have probably gone and I don’t know what will happen if there is a huge wave of demand and not enough to meet it,” Walker says. “You’ll probably find that the big utilities will start to put resources behind it when things pick up,” he says.

Some of the big energy companies are already offering Escos but many in the industry are sceptical about how serious they are, given that it undermines their existing businesses. The London Esco set up in March 2006 as a joint venture between the London Climate Change Agency (LCCA) and EDF to promote decentralised energy systems, failed to sign a single deal. Earlier this year when the LCCA was disbanded, EDF took over full control.

The problem is that energy services solutions are linked to new developments and there isn’t a lot of that going on. The impact of this is pretty drastic

E.ON’s sustainable energy business is about to sign its first Esco deal, a large mixed-use development in east London. Richard Scott, head of marketing for E.ON Sustainable Energy Solutions, says there is a very large and rapidly growing market for decentralised energy. “We are experiencing an increase in demand. I cannot tell you what it would be without the downturn but there are dozens of projects we are in negotiations on.”

However, even where Escos exist, there are still plenty of the teething problems that you might expect with any new business model, and the longer the sector lies dormant, the longer these will persist.

Amy Hammond, a consultant with Bioregional Consulting, has been working on a large scheme to help Sutton council in south London set up an Esco to operate across its borough. Rather than going to a single company, Hammond says they were instead looking to integrate a number of Escos or specialist companies under the one umbrella. “A lot of clients are looking to do this, but when you try and talk to existing Escos, you find there is so much commercial sensitivity at stake that they are not willing to share their knowledge.”

There also don’t seem to be any off-the-shelf contracts available and setting up the financial and legal negotiations is very time-consuming and expensive. “We’ve spent over £500,000 in legal fees alone just to get the legal framework right,” says Walker.

However, he suggests that existing Escos should see this as a business opportunity. “It would be best if those companies that have collected enough intellectual property helped those that want to set up Escos because we can save them a huge amount of time and cost by letting them use the information we have built up over the past seven years. We want to be an Esco education company that can also provide funding.”

Another big hurdle for developers and design teams is getting firm financial information from Escos because of the raft of legislation going through the consultation process. Changes to Part L of the Building Regulations, the definition of zero carbon, the introduction of feed-in tariffs that guarantee a fixed price for electricity generated from renewables, and the Renewable Heat Incentive, which provides subsidies for suppliers of renewable heat energy, could all have a big impact on the business case for Escos.

“Without firm financial information, it is almost impossible to develop an accurate business plan around community energy,” says Rory Bergin, head of sustainability and innovation at HTA Architects. “The Escos just can’t give firm information – they could give you the worst case but that is going to be much more expensive than, say, a standard off-the-shelf gas system.”

Walker says there are a lot of unknowns. Power companies must meet minimum quotas for the amount of energy they generate from renewables and receive renewable obligation certificates (ROCs) for each megawatt hour of electricity generated. If they fall short they can buy ROCs from companies with an excess on the open market. “If a generator has a solution that relies on claiming the ROCs, can they claim the ROC and the feed-in tariff, and what is the tarriff? I don’t know,” says Walker.

“And if you’re talking about heat incentives, what does that mean? Does that mean there will be some sort of ROC for heat? And how much will it be worth? Again, I don’t know. These are things that are revenue lines in our models but there is not enough clarity to be able to fill in the figures.”

One thing that is clear is that by the time the market does return, answers to these questions will need to be found, because demand for these businesses will go through the roof. Whether there will be anyone around to fill that demand is another matter.

Original print headline: 'One of our team is missing'