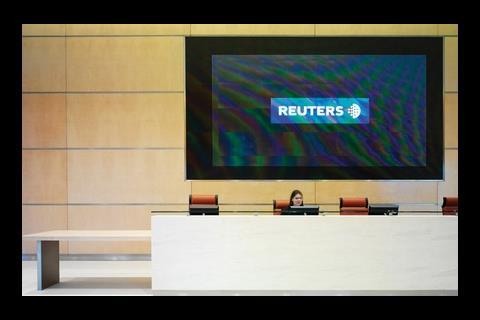 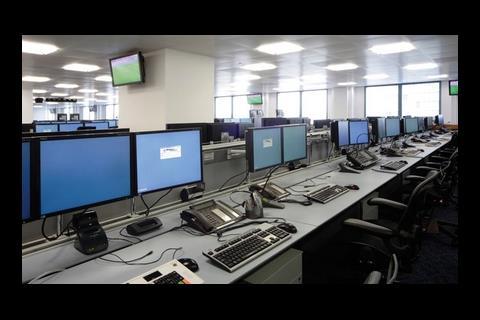 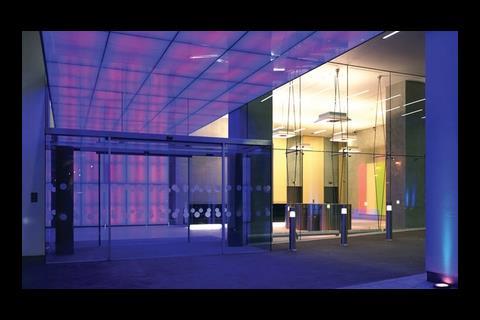 he French philosopher Jean Baudrillard may well have hit the nail on the head. In his seminal 1987 text the Ecstasy of Communication, he acknowledges the power of information flows, but also saw in them the potential, if not used properly, to destroy the psyche of the individual. Lofty musings perhaps, but 20 years on, no-one would deny that our transition into a technology-based society has had a fundamental effect on our lives. And, as Baudrillard suggested, if you don’t make conscious decisions to choose the information you want in an efficient, considered way, the chances are you’ll be subsumed by the sheer volume of it.

Of course, worrying about the impact of technology on time is not just the preserve of philosophers – its effects are also felt in the world of fit-out and refurbishment, where tenant rental values are high and the pressure to complete to deadline is crucial. So how are technological advances being used to speed up on this time-critical construction sector?

James Angus, a partner at project management (PM) and cost consultant Gardiner & Theobald, for whom about 60% of workload is fit-out, cites the far shorter procurement programme compared with new-build construction as a major contributing factor to the pressures of fit-out and refurbishment projects. “You have to bear in mind that a typical office fit-out programme would be 7-12 months from inception to completion,” he explains. “There’s no time to fritter away.”

He adds that because changes to a project can be occurring while it’s still on site, response times are critical. In this regard web-based management systems and email communication really come into their own when it comes to project co-ordination.

Angus also thinks that the relative inexperience of clients to construction methods means effective communication becomes more of an imperative. “As a project manager, you just find yourself developing a much closer relationship with the end user – lawyers and bankers rather than experienced procurers of buildings,” he says. “That puts more of an onus on the project manager to ensure that the client feels guided through the project.”

Don’t change how you do business, just make it easier, simpler and more efficient

And there’s a range of PM software out there to facilitate that. Andrew Tuck, head of European Operations at EC Harris, which works in a PM and QS capacity, says that “technological advances in terms of document management and collaborative tools have thrived” – even if there is still an air of suspicion in the industry to change.

Tuck stresses that with PM technology typically costing 1-2% of the budget to implement, the choice of system needs to be decided at mobilisation stage. And with short programme times for office refurbishment, tailoring the level of IT to project scale is vital.

So one is faced with a choice. Generic “enterprise content management” software exists aplenty, helping construction teams read from the same hymn sheet. There are programs like Cisco’s Webex and Microsoft’s Sharepoint that allow consultants to upload drawings, contract documents and emails onto a common platform that all can access. These allow for information to be reviewed and act as a means of auditing all the way through a project – from pre-construction stages through to post-completion snagging on PDAs.

Larger projects may require more sector-specific and costly IT management systems such as CTSpace. This is tailored specifically to the construction market and can analyse design and construction phases to flag up delays and track budgets. All the systems do the job, but they’re long-term solutions, taking time to implement and train users.

For refurbishment and fit-out contractor Overbury, regularly faced with extremely short project programmes of as little as 8-12 weeks before handing the keys back over to the client, it was this implementation time that made all the difference. So it decided to create its own project management system from scratch, addressing the main issues of fast-track turnaround and ease of use.

Launched in March this year, its bespoke software Project Plus has now gone live across the firm’s new workload, and according to Overbury business improvement manager Neil Pike, clients and consultants alike are extremely positive. “The problem we found is that on site, it could take up to three weeks to install the broadband connection necessary for normal PM software, and for us, that would mean we were already well into the project,” he explains. “We based this system on a web-based application, which operates effectively using a wireless connection, dial-up or 3G in the absence of broadband, allowing the team to access uploaded drawings, reports, instructions and project information at the click of a button. Using cutting-edge technology, there is no need for login passwords and a single click takes you straight to the information.”

Pike says the ease of use was one of the main drivers for the system after the firm found that on average their project managers and site staff were spending up to 10-15 hours per week on administrative work. And it’s not just time, but money that’s being saved. The difference here is that not only does it meet the needs of the consultant team, but where you’re usually looking at high set-up costs to implement a PM system, Project Plus is supplied to them and to the nominated subcontractors free, as part of Overbury’s service commitment. And for a half-million-pound project, that could mean a saving of £50,000.

“We are builders,” muses Pike, “and we are in an industry that accepts change slowly, so we thought, ‘don’t change how you do business, just make it easier, simpler and more efficient’.” Wise words, and proof that when faced with the time/technology conundrum, while it might have taken a philosopher to define the problem, it certainly doesn’t take one to solve it.

Project Plus in action

When Barclays decided to carry out the refurbishment of its Westwood Park offices in Coventry, it contracted Overbury to carry out the works – and gave it the opportunity to pilot its new in-house project management software, Project Plus. The project consisted of the creation of meeting rooms and break-out spaces in a former office wing of the complex, and the fit-out of the corporate restaurant and servery areas. Works were due to commence in March 2008, and with the bank’s executive turning up en masse on 7 May for the ribbon-cutting ceremony, Overbury was committed to meeting the 10-week construction schedule.

Judith Mitchell, Barclay’s project manager for the contract, says she was impressed by Overbury’s ability to carry out the project despite the fact that no sooner had the job started, than some radical changes were made to the original brief. Overbury’s ability to manage the changes without affecting the final programme was critical and Project Plus kept the consultant team and the contractor firmly in the picture. But she does say that there was initial scepticism. “When it was originally presented,” she admits, “there were a lot of questions and people wanted to know what the system was, and what it would do for them.” But it was not long before they changed their view.

“It turns out it was really easy to use if you’ve got general PC skills, and allowed information to flow quickly and easily. You’d click on the link Overbury sent you, and it would take you straight to the information you were being asked to review. You could see who’d viewed the documents, and who’d actioned them, or whether they’d just ignored the email, so it was really useful from a project history point of view.”

The system allowed the ribbon-cutting ceremony to occur as arranged, on time and on budget, and it’s left Mitchell with a clear idea of how it worked for the client.

“I think it can be summarised as a really helpful tool to manage time and the flow of information between the contractor, client and design team in a more structured way,” she concludes. “There’s a clear line of sight to who’s actioned things, and to see whether people had done what they should have done, when they should have done it.”