Finally, they’ve noticed... : Assessing Pay As You Save 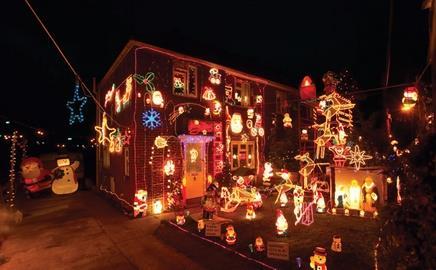 Having for so long ignored the energy efficiency of existing homes, politicians have suddenly come up with a raft of schemes. The first of a three-part series looks at Pay As You Save

You’d think the energy efficiency of existing homes would be hard to ignore, but politicians have managed it … at least until now, when they’ve suddenly come up with an embarrassment of schemes.

In December, just as the leaders of the world were gathering in Copenhagen for the climate change summit, energy secretary Ed Milliband announced a £4m pilot project. The plan was to make 500 homes more energy-efficient, and came shortly after of a Conservative pledge to make loans of £6,500 available to most of the UK’s 25 million households for the same purpose. It seems the powers-that-be (and the powers-that-might-soon-be) are finally acknowledging the role that existing housing must play in cutting carbon.

The figures are well documented. Existing housing accounts for about 27% of the UK’s carbon emissions. The government is committed to cutting 80% off the country’s 1990 carbon emissions by 2050. If that is to be done, a way of “greening” these homes needs to be found. That will entail upgrading between 400,000 and 1.8 million homes a year between now and then, at a cost of £5-15bn. One thing both of the proposals have in common is the way they plan to fund these measures. It’s called Pay As You Save, or PAYS, and it may be the most realistic way of kickstarting the green renovation revolution.

So what is PAYS?

PAYS offers householders the opportunity to upgrade their homes without paying for it upfront. Instead, a charge is added to the home’s electricity or council tax bill. This charge is less than the cost savings in fuel resulting from the upgrade and would be spread over a period of up to 25 years.

It is not a new concept. Something similar was adopted in Ireland in the late seventies in response to the oil crisis when the Electricity Supply Board offered loft and cavity insulation to homeowners using a similar approach. And in the US over the past 15 years, a number of states have piloted schemes backed by the utilities to deliver improved energy efficiency and the installation of renewables.

For PAYS to work on a large scale in the UK, a number of hurdles need to be cleared. The model has been the subject of a review by the UK Green Building Council (UKGBC). David Adams, director of the Zero Carbon Hub and chair of the task group that undertook the study, says the key aim is to make it as easy as possible for householders to undertake the work. “Many households are already motivated to do something but lack access to capital,” he says.

The other problem is that if they do pay for such measures upfront but move before the payback period has ended, they won’t see the savings. PAYS gets around this by linking the cost of the improvement to the property rather than the occupant. If the property is sold or rented out, the person getting the benefit pays the charge. As Adams points out, a household is committed to spending the money on energy in any case.

How do the costs stack up?

The viability of a scheme would depend on the savings and the cost of the upgrade. The idea that the government has put forward would make up to £10,000 available to each household. After the PAYS charge, they could expect savings of £50-200 a year. If energy prices rise, so would the savings.

As households often change energy supplier, the preferred approach is to have the council collect the monthly charge. For this to be possible, however, legislation would need to be passed to give local authorities the powers to enforce the scheme. “All three major political parties think it’s a good idea so you would hope the legislation could go through quite quickly,” says Adams. “I would be disappointed if it couldn’t be implemented within 12 months.”

This isn’t the only hurdle. Money is also needed. Sean Hanafin, managing director of UK banking and broking at Citigroup, says there are two main ways that finance could be raised. One is that the banks would lend the money directly. The other, more attractive, option is to establish a “green” bond market. This would involve setting up a green investment bank, as proposed by shadow chancellor George Osborne. It would raise money by issuing a bond, then lend it to householders. The proceeds from the loans would be used to fund the next round of upgrades.

“The households who have taken part will pay back the repayment and interest over the next 25 years,” says Hanafin. The long payback period is needed to make the annual savings attractive enough for widespread take-up.

He adds that this is a low-risk approach to financing the upgrades, and cheaper than borrowing directly from the banks: “The interest rate on the bond itself I would see as being in the order of 5-5.5% and it would be attractive to insurance companies and pension funds which want a long-term investment.”

It’s also a pretty safe bet. “It’s designed with belt, braces and another belt again,” says Chris Brown, chief executive of Igloo Regeneration. “It’s a fairly small amount of money relative to the property, which is the first layer of security. On top of that the collector is the local authority, so you have that guarantee too.”

So is PAYS a panacea?

PAYS’ main target is owner-occupiers and while in principle it would work for social housing, Brown says the current Decent Homes programme would be a quicker way of undertaking improvements there.

Nor is it likely to alleviate fuel poverty, unless there is a high government subsidy. “It could be effective at preventing people falling into fuel poverty as energy prices rise, but I think in general it would need tackling in a different way,” says Adams.

There are other hitches. What, for example, if a large family moves out of an upgraded property and is replaced by a couple who are out at work all day? In this situation, the savings on fuel may be less than the monthly repayment. “We would need a standardised approach to evaluating the savings that could be achieved and to build in a measure of contingency,” says Adams. “Also, we need to be honest with people about what they are likely to save.”

One possible method is to use the Standard Assessment Procedure – the government’s tool for assessing the energy performance of dwellings – to measure likely savings and from this build in a sufficient contingency.

Overleaf, we map out the sort of carbon savings that can be delivered for a typical three-bedroom, semi-detached house. The payback on measures such as cavity wall insulation and a boiler upgrade are good. However, with properties that are more difficult to treat, it could become harder to make the energy savings cost-effective and so subsidies might be needed to make them stack up.

Who’s going to do the work?

The idea being put forward for PAYS is that the low-energy refurbishment could be staggered and undertaken at the same time as other work, such as fitting a new kitchen, to keep disruption to a minimum. The UKGBC report calls for an accredited body of installers to be established to ensure the quality of work and boost confidence among householders and lenders.

Arranging the finance, working out any subsidies and organising the work could be channelled through a single provider. The hope is that large retailers will come on board to provide this service. David Cameron has pledged that the Conservatives will kickstart investment in greening the existing housing stock in a groundbreaking partnership with Tesco and Marks & Spencer. Both retailers say they have been in talks with the Conservatives but no formal arrangements have been made. A spokesperson for M&S says: “Energy efficiency is something we’re interested in and are talking to a variety of third parties about, including the Tory party. We do not have any formal agreement with the Tory party or anyone else.”

However, they admitted it was feasible that it could work as an extension to M&S Energy, a service launched last year to provide help and incentives to households to reduce energy use. Three thousand homes a week are signing up to the service.

In October, Tesco announced that it would launch a home energy service in the new year. The exact form is still being developed but it will involve supplying and installing the kit. At its launch, Sir Terry Leahy, chief executive of Tesco, said: “We’ll provide a one-stop solution – from insulation through to producing domestic renewable energy and selling the surplus power back through the grid.” He added that the retailer would make sure the upfront capital cost was not a barrier for customers.

DIY chain B&Q is also leading one of the PAYS pilot projects and as part of this it will be developing its advice service to include training for eco advisers and a “shop within a shop” to promote energy efficiency and renewables.

Adams sees this as an extension to the business model of many retailers. “If you look at the size of the market, you can see it being a significant element of their business in the next 15 years,” he says. Given the scale of the task at hand, a bit of help from the retailers might be exactly what’s needed.