Funny business: why construction staff are being sent on comedy workshops

Construction is no laughing matter, so why are employers sending staff to standup comedy workshops? In an industry where technical knowhow has always been central, firms are learning to value the ‘softer’ skills such as good communication – and improv is a great way to develop it. Jamie Harris reports 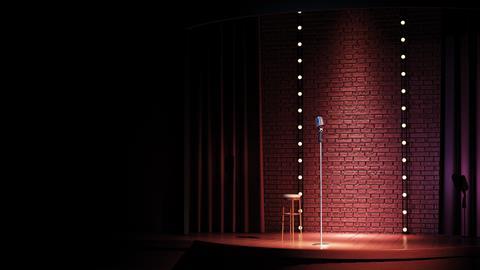 Stuffy seminar rooms, an overhead projector displaying made-up buzzwords – workplace training is too often a dull experience. But it doesn’t have to be.

Staff engagement is vital in an industry where a significant chunk of the workforce – some 500,000 construction workers – are due to retire over the next decade. And younger workers in particular value prospective employers that provide a welcoming workplace with good team communication and opportunities for professional development.

When it comes to training provision, UK employers increasingly embrace the idea that soft skills are as important as professional qualifications. They’re also more receptive to the idea that people take in and retain information in different ways – and that the traditional Powerpoint presentation is not always the best option.

“It’s about listening actively, contributing together and acting intuitively but decisively […] it’s not just trying to think of funny things to say”

So how can employers ensure that their training  provision – whether it’s for a technical qualification or a team bonding exercise – is engaging for their staff? We talk to a comedian who is helping businesses do just that, as well as (overleaf) a construction head of training who hires actors to run role play exercises with his staff to boost their leadership skills. 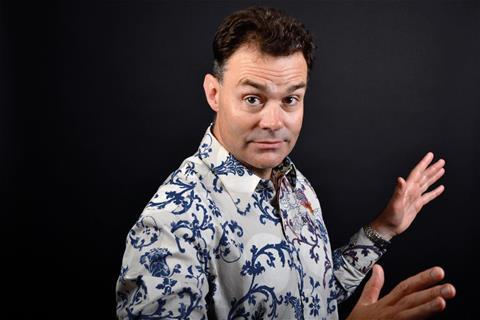 Neil Mullarkey is an actor and comedian who has worked with some of the biggest names in British comedy – and also puts his skills to use in a corporate environment.

A Cambridge graduate and former president of the university’s Footlights drama club, Mullarkey co-founded improvisation group the Comedy Store Players with US comedian Mike Myers in 1985.

Alongside performing at London’s Comedy Store, he works with a broad range of corporate clients, such as Balfour Beatty, Skanska, Lloyds and KPMG, running comedy and improvisation workshops designed to help develop their staff’s communication skills.

Mullarkey (pictured) says of his clients: “Their problems are uncannily similar, but the answers are always different – one size fits nobody. It’s about listening actively, contributing together and acting intuitively but decisively.”

The core themes are communication and collaboration, both of which are key to standup comedy. As Mullarkey explains, the first rule of improvised comedy is to listen.

“It’s not just trying to think of funny things to say, you’re trying to create scenes, to create collaborative stories. If I make my partner look good, I look good.”

He adds: “There’s a statistic floating around that 40% of problems come down to communication within teams. How much time is wasted on meetings that don’t achieve anything?” These workshops help improve communication skills – learning to have better and more effective conversations, and helping people to be more engaged in what they are doing.”

Less-traditional training methods such as Mullarkey’s improvisation workshops can also have an impact purely from the fact that staff are doing something so different from their usual roles, he says. “Doing something different often helps in the creative world – going for a walk on your own outdoors, or just taking a break, can often allow you to see your problem from a different angle.

“When dealing with people skills, it’s much more practical – there’s no textbook, so often you need to draw on other areas to develop them,” he adds. “The art space values serendipity – sometimes things don’t go well, but something comes of that, and you’re open to that. It’s the same in business: you need to be open to serendipity in terms of who you talk to – that can open doors.”

Standup comedy is also a great way to boost presentation skills – not just through learning how to piece a routine together, weaving in threads of information, but also in becoming more comfortable with public speaking. “Presenting can be unnatural – having a series of eyes trained on you can be like a bunch of lions staring at a gazelle – it’s a primeval instinct to be uncomfortable with it,” says Mullarkey.

One of his clients described the workshops as “helpful fun”. Ultimately, the goal is to provide an engaging way to help people to see a problem differently. 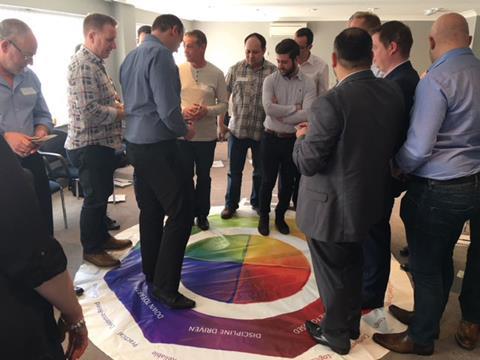 A LEAP into the unknown

Frank Clayton, group head of learning at NG Bailey, explains how a two-day training programme using actors has enabled the construction company’s team leaders to understand how best to utilise their team

Throughout the construction industry, managers have traditionally been promoted because of their technical skill and experience rather than their ability to manage and lead teams – creating a potential shortfall in the number of managers with the people skills needed to succeed in the modern workplace.

We found that people respected their managers’ technical knowledge, but there was room to develop their leadership skills. To tackle this, we developed our Leadership, Engagement And Performance programme (LEAP) for existing and new line managers.

The programme comprises a two-day workshop, a suite of e-learning modules and an app to help managers understand their responsibilities, increase their self-awareness and give them the confidence to have effective conversations about performance and behaviour.

We wanted to go further than just the theory of managing with this programme, though, so took a new approach. We introduced a new psychometric tool, Lumina Spark, which helps people to understand their personality traits and identify how to improve their working relationships, and we built scenarios into the programme for the participants to practice what they learn.

We knew that while understanding personality traits and arming candidates with tools and advice for communicating better would provide a strong foundation for the LEAP training, helping participants put these into practice would be key to their learning. As such, the second day of the workshop focuses on practical skills, with candidates using actor-led learning to develop their techniques.

Bringing in professional actors really transformed the programme. Role play is a common training technique, but we know that often people are nervous around role play and dread having to play opposite a colleague. The feedback we had from participants showed that they found the actor-led learning much more realistic, engaging and fun as they were working with a stranger who is trained to play a realistic role, so it’s much easier to believe the scenario. The actors are also able to provide more objective feedback as they are trained coaches too.

It takes all sorts

One of the staff that took part in the training was Samantha Young, head of operations support centre for NG Bailey’s IT Services.

She says of the experience: “The programme raises self-awareness but, more importantly, the actor-led learning gave me a really good insight into, and awareness of, others people’s feelings and qualities, and how best to work together.

“LEAP also reinforces that it takes all types of personalities to make up a team and that these different styles contribute to our overall success and how best to bring out people’s strengths.”