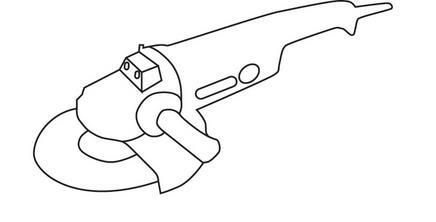 Every available inch of the whiteboard in Tom Gunston’s office is crammed with equations.

If this sort of boffinology sounds more suited to a maths tutorial than a construction site, think again. What he’s drilling down into is drills, the nitty gritty of grinders, the business end of band saws: in other words, how much shaking a worker can take in a day.

His efforts are already changing the way workers do their jobs and should prevent the nasty health problems you get from bad vibes. He has also opened a whole new line of business for VJ Technologies (VJT).

VJT makes construction fixings and power tools and it was quick to spot the impact the Control of Vibration at Work Regulations could have on sales.

We’ve known that power tools cause “hand arm vibration syndrome” (HAVS) since the seventies but it took until 2005 for the law to set daily vibration exposure limits (see box). Companies have another two years, until 2010, to make sure workers are fully within the safe limits and replace non-compliant kit bought before 2007. Until then, they must do everything “reasonable and practicable” to reduce exposure limits, which means contractors want information to help them make sure employees don’t exceed daily exposure levels.

This can be tricky for two reasons, according to Gunston. First, manufacturers can provide all the vibration data they want, but what levels occur when the machine is used on site for a particular job with a particular bit, blade or tip (“consumables”) can be a very different matter. Second, a lot of equipment out there has no vibration data at all at the moment.

Into this murk, Gunston is trying to shine a light. “We’re trying to boil it down into how much work you can realistically do with a machine before you reach the exposure limit,” he says. “It’s a function of how severe the vibration is and how long you are exposed to it.”

VJT’s big idea, the gap in the market they spotted, is simple: test everything. Gunston was hired in November 2006 to set up the lab. He brings in the tools and consumables they want to sell to contractors, wires the rigs up to tri-axial accelerometers, and sets them to work on real chunks of buildings.

Three experienced workers of different builds are used test the equipment, as different physiques can affect results and the vibrations recorded. Gunston averages the readings and plugs this figure into software he wrote himself to come up with the safe exposure levels. All this goes into general guidance sheets for contractors, which explain how much you can do in a day with a particular tool on a particular job. For example, a worker using a Stihl TS400 petrol cutter with a standard diamond blade cutting through 40N/mm2 concrete to a depth of 40mm could safely cut 40m in a day. That could be 70m or 100m with a more expensive blade.

The priority so far has been electrical and petrol tools. Testing every tool with every consumable on every task is not, according to the regs, “practicable”, and common sense is given room to bloom. “The technical sales team has a good idea of what happens on site,” says Gunston.

VJT also does reports for contractors on their own equipment so they know what to keep and what to chuck. They test how the equipment performs on non-standard materials, too. That means, in a small way, the vibration regs are actually starting to affect what materials get specified. Right now, Gunston is testing a block of some new cementitious material because the client wants to see how easily it can be worked on compared to your basic 40N/mm2 concrete block.

Testing is not confined to the lab. The measurement kit can be packed into cases and taken to site. “We do this for asphalt cutting. There’s little information on this because you can’t build a road in a laboratory,” says Gunston.

As contractors take HAVS more seriously, the demand for data is growing, but the number of labs able to deliver it are limited. VJT is reaping the benefits of getting in early. It now has an agreement, in principal, with the Health and Safety Executive to collaborate on research – not bad for a scheme they really set up to sell more kit!

2 hours a day: the limit for breaking concrete

100 holes a day: the limit for drilling concrete with a 30mm bit

150m a day: the limit for cutting Portland limestone to a depth of 20mm

20m a day: the limit for cutting 4mm steel plate

Hand arm vibration syndrome is a collection of conditions that affects people who use hand-held or hand-guided power tools, or hold materials that shake when you feed them into machines – think of a board going into a saw.

Long-term exposure to lots of vibration can lead to a range of debilitating conditions. One of the most common is “vibration white finger”. It can result in permanent loss of feeling in the fingers and painful joints in the hands, wrist and arms. It can lead to specific diseases such as carpal tunnel syndrome, a compression of the median nerve at the wrist.

Vibration affects everyone differently. Some people can work for 30 years in the industry and not suffer, while others may get symptoms after mild exposure.