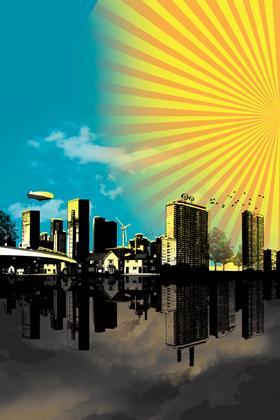 The UK is signed up to reduce its carbon emissions by 34% by 2020 and 80% by 2050. And the construction industry can play a crucial role in tackling global warming, growing an expertise that will be in huge demand the world over as the temperature rises over the coming years. But this government’s lack of leadership on the issue has led contractors, consultants and clients alike to stall on investment in the skills that this new economy will need.

That is why we have decided to launch a campaign: its goal is to persuade the government to provide leadership on the sustainability agenda, and to reconsider some of its most damaging decisions, in order to stimulate investment in green building as a way both to safeguard the UK’s environmental future and to help generate growth in the construction industry.

We are calling on ministers to stimulate the industry quickly by improving investment in retrofit programmes, and to increase certainty around longer-term, large-scale energy infrastructure developments. This should include a comprehensive strategy to combat carbon in the built environment. Action is needed now to combat growing concerns that the government is backtracking on the green agenda, putting the UK industry’s leadership in this area at risk.

This action should include measures in five key areas:

Making the UK’s ageing housing stock more energy efficient is one of the fastest ways of creating construction jobs and boosting the economy. Retrofitting the country’s 26m homes is also the only way the government can hit its carbon emissions targets.

The government’s answer to these issues is the Green Deal. But this initiative is rapidly turning into a massive missed opportunity. When Chris Huhne launched the deal in September 2010, he indicated it would create 250,000 jobs. A year later, the communities department said it could support 65,000 insulation and construction jobs by 2015. But even these reduced figures ring hollow with the news at the close of 2012 that 800 jobs have been lost in the insulation industry during the transition to the Green Deal from the existing subsidy regime. Local authorities and some housing associations are making positive noises about the deal but the government’s own forecasts say it expects the number of insulation installations to drop sharply.

While the £125m customer cash-back fund announced in October 2012 could help, in the long term a way of persuading private homeowners to suffer the disruption of having energy-saving measures installed needs to be found.

We call on the government to look at some form of tax incentive for homeowners, to embed energy efficiency in the process of buying and occupying homes. Consequential improvements, where home improvements trigger a requirement for further energy efficiency work, were proposed for 2013 Part L would have driven 2.2 million Green Deal agreements, but the policy has been dropped by the government. As 2013 Part L is not yet finalised, we call on the government to revisit this decision and consider introducing some form of consequential improvements for private householders to drive the Green Deal and boost the green economy.

According to the Carbon Trust, central and local government buildings contribute up to 3.4% of the UK’s carbon emissions. Although there are government targets to ensure that major refurbishments meet high environmental standards, there are many public sector buildings that don’t need a major refurbishment yet but could significantly cut energy use through insulation, better lighting, controls and more efficient plant.

The payback period from simple measures can be as little as a year, meaning investment in public sector retrofit would both provide a quick boost to the green economy and save the public sector money in the medium to long term.

The Labour government’s zero carbon agenda - all new build homes zero carbon by 2016, all commercial buildings by 2019 - wasn’t always popular but did provide the industry with a map that helped it plan ahead. The current government has proposed lower interim targets for new homes from 2013, which mean an even bigger jump in 2016 in order to get to zero carbon. This may prove impossible and result in the zero carbon homes target being pushed back, disadvantaging those builders who have invested in this area.

There has also been no progress in other key areas of zero carbon policy. The last piece of work commissioned by the communities department on how to make non-domestic buildings zero carbon by 2019 was completed in July 2011 and has been gathering dust ever since. Allowable solutions are a key part of zero carbon policy for homes and non-domestic buildings. The industry is still waiting for a government response on how the allowable solutions mechanism will work since the proposals published by the Zero Carbon Hub in July 2011.

We call on the government immediately to clarify a realistic zero carbon trajectory for all buildings, publish it and stick to it so the industry can plan accordingly. We also call for work on the associated mechanisms - including allowable solutions - to be completed in parallel with this work.

Display energy certificates (DEC) make organisations measure how much energy is being expended on powering their buildings, a vital first step to cutting carbon emissions. The draft carbon plan proposed extending the current requirement on public buildings to publish DECs to all commercial buildings by the end of last year, but this was thrown out by the Treasury in September 2011 - despite support for the move by the CBI and the British Property Federation.

Building believes DECs are the first step in helping organisations understand their energy use and that the burden of green regulations is outweighed by the benefits. This is a trigger for energy efficiency improvements which will help stimulate the industry and cut carbon emissions. Building calls on the government to reinstate the commitment to DECs for commercial buildings and to prepare a trajectory for the extension of DECs to all other buildings.

In addition, the 2011 Energy Act committed the government to banning the letting of domestic and non-domestic buildings with an EPC rating of F or G by 2018. However, it is unclear how this will work in practice, and landlords have to be given time to improve their properties if the target is to be hit. Building calls for urgent clarification of the secondary legislation on this issue.

The Energy Bill, published in November, is designed to create a market where low-carbon energy can compete with fossil fuel-derived electricity, establishing the principle of long-term, fixed-price contracts for low-carbon energy production. However, the details of the “strike price” (the market price at which low-carbon energy producers receive subsidy) have yet to be established. The government has also put off setting a 2030 UK renewable energy target until 2016.

The Green Investment Bank is another positive move. But its effectiveness in helping to fund large-scale renewable energy projects is limited by its initial £3bn capitalisation - it is prevented from borrowing until the government meets its debt reduction targets, which in practice means after 2016.

Following Gordon Brown’s cancellation in 2008 of the Industrial Buildings Allowance, the tax regime for investors in infrastructure projects needs to be harmonised so investors can get clarity over expected returns.

We call on the government for clarity on the prices paid to low-carbon energy producers, and to allow the Green Investment Bank to borrow to help kickstart the green energy revolution, and to harmonise tax incentives around investment infrastructure.

CBI AND UKGBC: WHY WE’RE BACKING THE CAMPAIGN 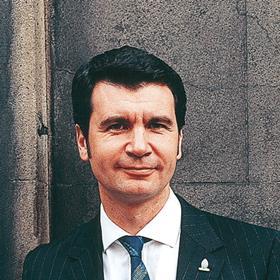 We face two great challenges: how to stimulate economic recovery and how to deliver the kind of growth the planet can afford. The good news is that these challenges can and need to be addressed together. The built environment provides an unequalled opportunity to deliver economic growth and jobs, while drastically cutting energy waste and carbon emissions and promoting resource efficiency and energy security.

The green and low-carbon agenda has been the single biggest stimulus of innovation in the construction sector over the last five or six years. But the government has failed to recognise the importance of these new green shoots. There are a handful of critical areas in which only the government can help create the conditions for them to flourish and grow faster, and Building’s campaign demands are a very good summary.

Sometimes industry doesn’t do itself any favours, sending mixed messages about wanting clearer policy direction while complaining about the burden of regulation. We are encouraging all progressive businesses and organisations to rally behind this campaign. Let’s all sing from the same hymnsheet, and make sure we are heard loud and clear: green growth is good for business. 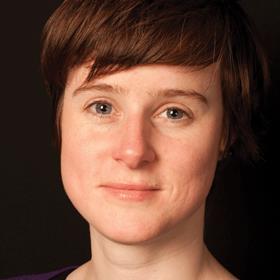 In recent political debate, the options seem to be “going for green” or “going for growth”. The CBI, however, has long recognised the direct relationship between the two and last year, we identified that the green economy could add £20bn to UK GDP by 2015.

Green business is burgeoning across different sectors - if we harness its full potential it could significantly boost growth. It could also create jobs, improve environmental performance and help us meet our carbon commitments.

This year we must look at how to improve energy efficiency and capture the benefits available in cost savings and carbon reduction. The current policy landscape is too complex, so we look forward to seeing how the government can move us towards a simpler, more strategic approach. This will help businesses create and foster new markets, and should aim to stamp energy efficiency into the DNA of our housing market.

Given this, we welcome Building’s campaign to keep these issues at the very top of the political agenda in 2013.

In a period where business confidence remains fragile, the case for green business becomes ever more compelling, and simply cannot be ignored. 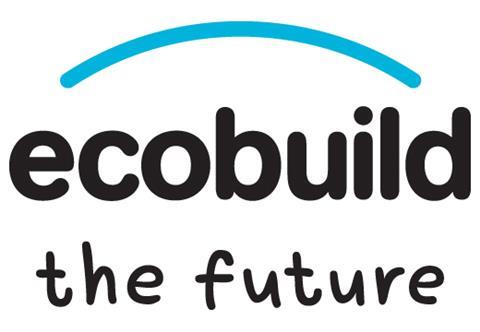 The issues raised in our campaign will be discussed at these Ecobuild sessions:

and in the Refurbishing Britain and Rules and Regulations seminar streams.

To register for Ecobuild go to www.ecobuild.co.uk/register TUES 5 -THURS 7 MARCH 2013