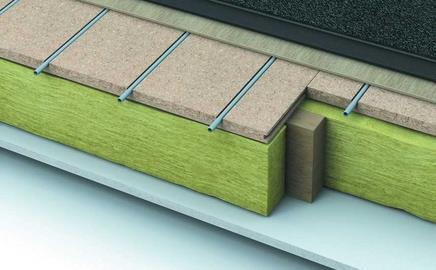 The panels pass the requirements set out in EN12871 for impact testing. They exceed the 1.4kN concentrated load requirement for domestic activities and the 1.8kN for bedrooms in hotels, motels, hospital rooms and toilet areas. The company says the Toron flooring system is the only structural underfloor heating system to pass these tests and the first system of its kind that can be used with joisted floor constructions of above 600mm. This makes it suitable for retrofitting, which was previously not possible with underfloor heating.

The modules can be used in the same way as conventional chipboard. During installation the modules are laid on the joists. Pipes are then installed in pre-routed channels, with the pipe tails dropping down into the joist space for connection to a common flow and return to the manifold. Once the pipe has been fitted and pressure tested, a 6mm ply covering layer is installed for all floor finishes except wood, which can be fixed directly to the Toron chipboard modules.