Here’s one way to cut traffic 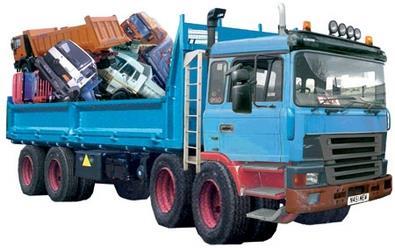 A consolidation centre in south-east London has improved site efficiency and dramatically reduced vehicle movements. Thomas Lane looks at how it did it, and the chances of the idea catching on

More than a year ago, a warehouse opened in Bermondsey, south-east London. All right, it’s not headline news and the building itself was entirely forgettable. But the idea behind it was rather a good one.

The plan was to use the warehouse, called the London Construction Consolidation Centre, as a kind of staging post for five central London sites. Materials for the schemes would be delivered to the centre, which was handily located for roads leading into the capital. These materials would then be sorted and all the goods needed for a few days’ work bundled up and delivered by one lorry rather than several.

This would cut not only congestion and pollution but also site waste, as there would be fewer materials on site just waiting around to get damaged.

It sounds good in theory but, one year on, has it worked? Well, yes. Constructing Excellence has monitored the process and has shared the first year’s performance figures with Building. These make impressive reading. The target was to reduce vehicle movements into central London by 40%.

The centre, which is operated by logistics specialist Wilson James, has achieved a 67% cut. It has also delivered 97% of materials to the right place at the right time in good condition, compared with an industry average of just 30% (see statistics, below).

Surely then, this means we are going to see consolidation centres cropping up in every London borough and on the edge of other major UK cities. Maybe – but maybe not. The problem is one of money. The centre is a two-year pilot project that relies on a subsidy of £1.85m from Transport for London (TfL). The remaining £1.35m of its £3.2m funding comes from developer Stanhope, Wilson James and contractor Bovis Lend Lease, which are using the centre for deliveries to five projects they are working on together. But this isn’t enough to make it self-financing. “We think it needs about six ongoing projects to sustain it,” says Adrian Boughtflower, TfL’s freight industry co-ordinator for construction. “We are trying hard because it’s a new concept for the industry and it’s taking time for the benefits to sink in.”

The challenge faced by the funders is that sites need to organise themselves to benefit from the concept. “It’s a learning curve,”

says Steve Moschini, Stanhope’s director of construction. “A process is needed on site for it to work well. You need to have done three or four projects to get it to work well.”

This process includes organising sites to benefit from reliable just-in-time deliveries and getting out of the habit of over-ordering materials to compensate for damage and loss. He adds that he is convinced consolidation centres are the right way to improve site efficiency and reduce congestion.

Another challenge is working out who pays for the cost of the centre. One of the main beneficiaries is the supplier who delivers to the centre as the average delivery time is cut by two hours. But it’s the contractor that will pay the day-to-day bills. Adrian Blumenthal, special projects director for Constructing Excellence, thinks an open and transparent mechanism is needed to share the pain and the gain of using a consolidation centre, which means open-book accounting.

TfL’s Boughtflower hopes enough contractors will take advantage of the centre to enable it to pay its way. His job is to find a way of accommodating London’s predicted population growth of 1 million by 2026, which will be bound to lead to a lot more construction. “As London grows, that impacts on a finite amount of road space. Things like consolidation centres can reduce the amount of traffic, freeing up road space for other vehicles and public transport.”

TfL is studying the wider use of consolidation centres in London to find suitable locations and try to solve the funding problem. But this probably won’t include more subsidies. “It is unlikely as it would be deemed state aid,” warns Boughtflower. So it’s over to the industry to make it work.

The year of living efficiently

How the London Construction Consolidation Centre performed in 2006

Would you use a consolidation centre on your site? Send your views to building@cmpi.biz