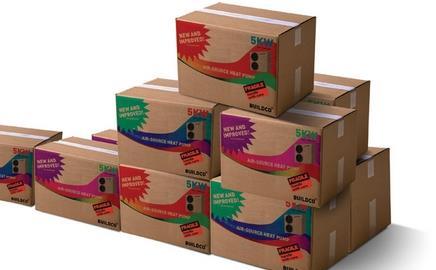 The government is expecting sales of air source heat pumps to go through the roof. But are they really worth getting excited about or just a passing fad?

Five-thousand heat pumps were sold in the UK in 2007. But by 2020 that figure could top 2 million, according to a study published by the Department of Energy and Climate Change (DECC) at the end of July.

The report, entitled The UK Supply Curve for Renewable Heat, looks at how to meet the government’s target for 15% of all heating to come from renewable sources by 2020. It concludes that it expects heat pumps, along with biomass boilers, to provide the most significant contribution to meeting this target. The government is embracing this “low carbon” technology, but does it deserve such a tag and will it deliver the savings promised?

The bulk of heat pumps are expected to be used in the domestic sector and there are already incentives in place for installing them. The technology was included in the £65m made available for low-carbon community heating systems and small scale renewables in this year’s Budget. It is also eligible under the Warm Front scheme, which provides grants to people over 60 or on benefits to install energy-efficient heating in their homes. The Renewable Heat Incentive, which will provide subsidies for any supplier of renewable heat or renewable fuel to be used for heating purposes, should add further support when it arrives.

The proposed changes to Part L of the Building Regulations also regard heat pumps highly, seeing them as the best way of meeting carbon reduction targets after wood chip and wood pellet boilers.

So what’s the attraction? Heat pumps aren’t a new technology – after all, air-conditioning units use them. But what is gaining ground in the UK are the air-to-water heat pumps that can replace conventional systems. They work by extracting heat energy from large volumes of outside air so that it can be used inside the home. The benefit is that they can deliver more heat energy than the electrical energy it takes to run them. Manufacturers typically describe heat pump efficiency – or the coefficient of performance (CoP) – in a range from three to five. That is, 1kW of electrical input generates 3-5kW of heat, which is far higher than a conventional boiler.

Daikin introduced a range of air-to-water heat pumps two years ago and has seen a 300% growth in sales year on year. “It’s early days and the UK is lagging behind the rest of Europe, but we expect even steeper growth to come,” says Milena Cox, product manager.

The type of systems on offer normally work most efficiently with low temperature heating, such as underfloor heating systems running at about 35ÞC. However, Daikin has recently introduced a range that can deliver higher temperature water that can be used with conventional radiator systems and act as a direct replacement for boilers.

The DECC report says the number of air source heat pumps will grow to 720,000 units by 2020, as developers and homeowners plump for their cheapness and convenience over ground source heat pumps.

It’s early days and the UK is lagging behind the rest of Europe, but we expect even steeper growth to come

Some, though, have their doubts. David Strong, chief executive of Inbuilt Consulting, says classing these products as delivering renewable heat gives the wrong idea. “People will get the impression you are getting heat for free and that is not the case as you need electricity to run them. They are not a renewable source in the same sense as solar thermal hot water systems or photovoltaics.”

But it is the energy efficiency of these units that he really questions. According to Strong, who was involved in developing air source heat pumps in the seventies and eighties, for one of these pumps to deliver carbon savings it must operate at a CoP of at least three. This is to take account of the losses involved in generating electricity in a power station and distributing it via the National Grid. “Three is the bare minimum. Without this you are better off in carbon terms burning gas in a boiler,” he says.

Manufacturers typically claim seasonal coefficients of performance of 3.5–5, but Strong says there is a conspicuous lack of independent data for installed systems, apart from a two-year trial of 12 air source pumps that was carried out in the German city of Lahr. This found they had a CoP of 2.8. “The performance of a system in a laboratory compared to real life is very different. There are test results from isolated installations that already question air source heat pumps from a carbon point of view.”

Steps are being taken. The Energy Saving Trust is undertaking trials on 82 domestic heat pump installations in the UK using a variety of different manufacturers’ systems. About half are air source heat pumps.

The aim, says Jaryn Bradford, development manager for renewables at the Energy Saving Trust, is to get detailed information on energy consumption. “You may find that there is a difference in the performance depending on if the home is well insulated and nobody is in all day, or if it is badly insulated and the occupants are at home. We’re also interested to see how they perform in our mild, humid winters,” he says.

In theory, the milder the weather, the more efficient the air source heat pump should be, but with higher humidity the danger is that the coils on the outdoor unit can frost up, requiring the unit to be run in reverse for several minutes to defrost it. This generally happens when temperatures outside fall below 5ÞC, and affects the unit’s efficiency.

The results of the trials should be known by March next year. These trials are desperately needed, says Strong. “You shouldn’t rush and embrace a technology until it is proven. Without field trials and in the absence of independent data there is the danger that it will not fulfil its carbon reduction promises. My great concern is that the government rushes in with these schemes and provides support, like it did with micro wind turbines, only to find that it has unintended consequences.”

Is there space? There needs to be somewhere for the outdoor unit to be installed, such as a wall or an area of ground. Units typically measure 1.5m x 1m x 400mm. It will also require a space around it to get a good flow of air.

Is the home well insulated? Air source heat pumps produce less heat than a traditional boiler so it is important that the dwelling is well insulated for the heating system to be effective.

What type of heating system will be used? Air source heat pumps work best when they are connected to low temperature heating systems such as underfloor heating.

Can you maintain the system? The outdoor unit always needs to be clear of obstructions to allow good airflow. In winter it is essential to keep snow clear from it.