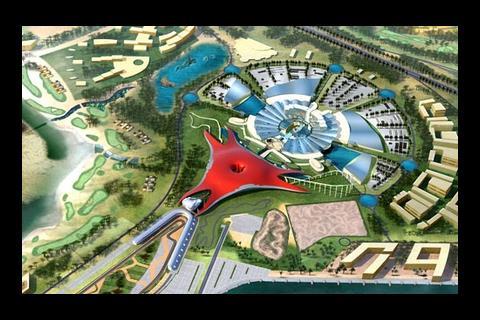 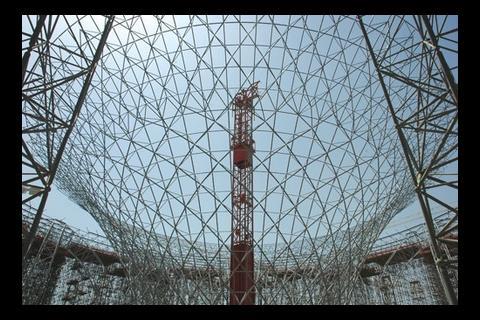 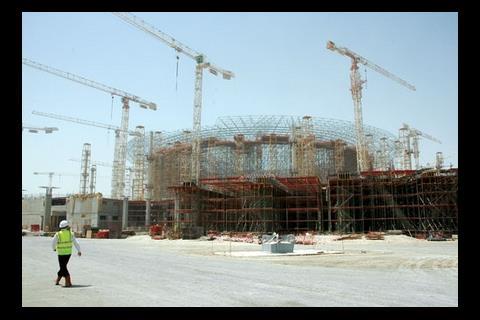 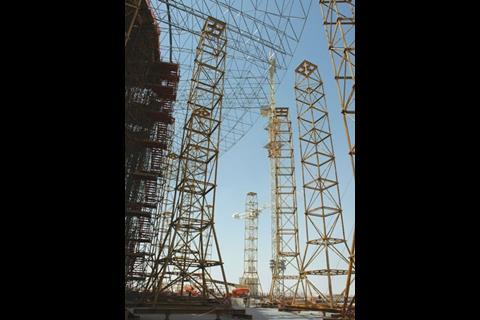 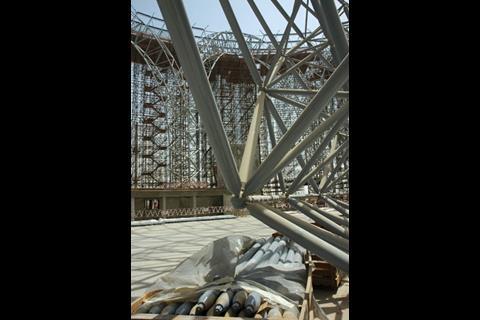 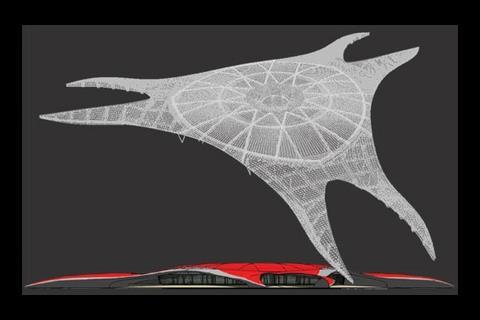 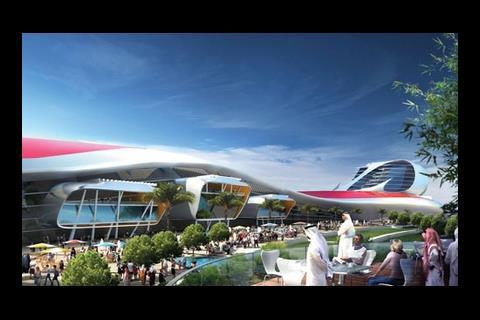 The Ferrari theme park in Abu Dhabi has all the sleek lines, smooth curves and visual impact of the Italian super car, just on a mind-boggling scale.

As you push the red button on the steering wheel, the engine spins briefly before barking into life. Snick the car into gear and you’re off, the V12 engine pressing you back into the seat as you hit 60mph in four seconds. In a blink, 100 comes up. You swing the wheel as the corner approaches, and the back end spins out in a satisfying tortured rubber moment of squeals and smoke – then the windscreen goes dark. For a second, white fear freezes your brain, then a friendly message flashes on the dashboard: “Ride over.”

This is what a ride will feel like at the world’s first theme park dedicated to Italian sports car maker Ferrari when it opens next year. In this, Abu Dhabi’s latest pleasure dome, there will be another 25 rides to choose from. How about a boat ride through a giant Ferrari engine where huge pistons, valves and gears move all around you? If that sounds too tame, head for the world’s fastest rollercoaster. In its simulation of two Ferraris racing side by side, it goes at speeds of up to 145mph and exerts forces of up to 4G, bursting through the side of the building and out into the desert beyond …

Yes, this is a construction, not a motoring, magazine, so we are looking at the bit that houses all this, not the cars. But there is not as much difference in the design as you might think. The building, which will be finished next year, is the size of the O2 arena, but in shape, it takes strong design cues from the famous sports car.

“Every Ferrari designed since the fifties has featured a double-curve wave that flows from the back to the front, and you will see that same shape in the lines of the Ferrari World roof,” says Mike Lewis, the project director for architect Benoy, which is responsible for the building. He explains that getting the proportions right was crucial, as every design detail had to be signed off by Ferrari. The supercar specialist is keen to ensure the brand’s quality is not diluted.

Every Ferrari has a double-curve wave that flows from the back to the front, and you will see that in the lines of the Ferrari World roof

The faithfulness to the Ferrari design is one reason the building is so large. The central exhibition area is shaped like the classic Ferrari shield and is a generous 86,000m2 to house all the rides, but the building was made even bigger so the proportions of those flowing lines would be just right. Three claw-shaped elements or “triforms” extend beyond the central area – the distance between the tips is 700m and the perimeter is a colossal 2.2km. “Everyone struggles with the scale,” says Lewis.

“The main challenges are the shape of the building, the size of it and the programme,” says Rachid Ghamraoui, deputy project director for joint-venture developer Aldar Besix, who is responsible for delivering the building. He has got his work cut out; Ferrari World is the jewel in the crown of the Yas Island scheme, which will include residential and retail development, hotels, a golf course and a further treat for the supercar fanatic: a Formula 1 racetrack next to the theme park with the first grand prix in the diary for next November. The racetrack must be finished by this deadline and the client would like Ferrari World to be finished at the same time.

Ghamraoui explains that this is not just one project but several. Many of the rides are housed inside a dedicated building inside the main structure, with its own roof, air-conditioning and power supply. The rides are being designed and installed by US specialist Jack Rouse Associates and they contain sophisticated electronic components. “It’s almost like dealing with a science laboratory,” comments Lewis. This means many of the rides can’t be installed until the buildings are fully operational as the desert conditions would damage the sensitive parts.

For Ghamraoui, it means that careful planning is crucial. “Sequencing is the main issue,” he explains. He says this is more difficult because all the work has to be done in parallel. For example, the roof structure will still be under construction while a ride is installed. “At some point we will have all the activities happening together, from the civils to the mechanical, electrical and plumbing, the rides and the fit-out,” he says.

The edge of the roof is the bit you can really see as a customer. You want a smooth, silver edge disappearing into the distance.

Out on site, where much is obscured by clouds of hot sand, there is no sign of any rides, but that does not mean it’s empty. As you approach the site, you are greeted by a huge, circular mass of scaffolding on top of a 9m-high concrete base. This base houses two levels of car parking – naturally, you drive here – plant rooms and back-of-house facilities. But the more exciting stuff is on top. At the centre of the circle is a funnel-shaped mass of tubular steelwork. This is a space frame, a structural solution that uses lots of small elements rather than a big primary element and smaller secondary ones. In the middle is a 62m-high square column, a “shot ride” that rockets people high into the air. It is so big it had to be installed first and the building built around it.

A 100m-diameter circle outside the funnel is formed from a series of 12 arches that sweep up from the ground and curve over the building behind. This is the beginning of the massive space frame that makes up the roof structure. During construction, scaffolding provides temporary support, while the tubular elements are fixed together. Big steel towers provide extra temporary support, while more permanent steel columns are welded together in sections. Meanwhile, the roof structure is being built from the centre out to the edge. Unusually, tower cranes are fixed onto rails so they can move with the roof. The triforms beyond feature the same roof type, but are kept separate because the size of the roof coupled with the extreme temperatures means the building moves by up to 400mm at the edges.

As the roof extends outwards, work can start on the buildings below and the roof cladding, which also starts at the centre, can be fixed. Steel beams are attached to the space frame, then decking, insulation and finally a standing seam roof coloured exactly the right shade of Ferrari red.

The edge of the roof will be neatly finished with an aluminium bullnose. Getting the quality of this right will be crucial. “It’s the bit you can really see as a customer. You want a smooth, silver edge disappearing into the distance,” says Lewis. This is being prefabricated in sections and all 2.2km of it will be bolted together on site. The facade of the building is glass and features clear and silver-painted sections.

For all this, the construction hasn’t been as complicated as it could have been. Some more outlandish design features have been dropped, for example the main entrance was going to look like a giant radiator grille. Meeting-room pods shaped like air intakes were also value-engineered out. But despite this loss, there is no doubt that this swooping building and its high-octane contents not only look impressive, but are as close to the full-on Ferrari experience as most people will ever get.

Take a guided video tour of Ferrari World with Benoy’s Mike Lewis by clicking on this article at www.building.co.uk/global