With huge demand for housing and a growing emphasis on the private rented sector heating things up even more, housebuilders are willing to pay big money for skilled employees. This year’s housebuilders’ salary survey finds that wages and bonuses are both on the up. But how long will it last? 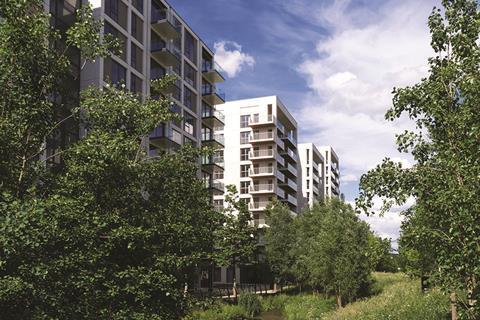 It may qualify as the least surprising news of the year - housebuilders got another pay rise last year. Building’s annual housebuilder salary survey - compiled by recruitment firm PSD Group - confirms directors are taking home more money than ever, reaping the rewards of a buoyant sector. The average salary rise across housing director roles was £6,000, to £96,000, while the value of bonuses as a proportion of a director’s income ticked up one percentage point to 73%. Managing directors led the way with the largest salary rises on average, of £14,000, topping up their basic income to £156,000.

Yet beyond the giddy headline pay figures, the survey also throws light on several significant shifting dynamics within the sector. Among them, that directors would now much rather work for a privately owned developer than a PLC; that skills shortages and persistent problems with the planning system could yet stymie the sector’s growth; and that the private rented sector (PRS) is tipped as the sub-sector most likely to see growth outside the top ten housebuilders. Building speaks to industry leaders navigating this changing landscape to find out more.

When asked which factors were most likely to have a negative impact on the housing sector, directors overwhelmingly chose skills shortages - a whopping 91% of respondents chose this, with planning problems coming second at 60%. Similarly, these two factors were picked as the biggest threats to the sector, by 45% and 33% of respondents respectively.

According to Elliot Course, associate director at recruitment firm PSD, which compiles the survey, the upshot of this skills shortage has been a shift in power from the employer to the employee, reflected in higher wages and bonuses. He says: “In the recession it was a case of ‘it’s a job, take it’, but nowadays candidates can be much more selective, while clients have to be more resourceful when looking at candidates. There are lots of pinch points where specific skills are in high demand”.  When asked what gaps were expected at their organisation over the next five years, sales and marketing came top (47%), followed by land and planning (42%) and commercial (30%).

As candidates become more picky, there’s been a change in the types of businesses they’re looking to join. When asked which type of organisation they’d rather work for, 84% said a privately owned developer, followed by housing associations or registered providers (67%), leaving PLCs a distant third place (46%). Course is not surprised: “In a recession candidates go to big business for shelter. But now we’re in a progressive market. Candidates feel more in control of their destiny and many want to join a small business where they can have more control over their career progression.”

One such business is rapidly-growing Northern housebuilder Story Homes. Operating across Cumbria, Lancashire, North-east England and South-west Scotland, the firm is aggressively expanding - it is on course to turn over up to £130m in the year to next March, up 400% on four years ago. The firm is out to recruit 75 new people in this financial year, taking it to 225 staff.

The firm’s chief executive Steve Errington explains that his business is facing challenges recruiting to meet its expansion targets: “It’s getting much tougher to recruit quality staff,” he says. “Lots of counter offers are coming back as you’d expect [and] we’ve had to sweeten the deal. People are really reluctant to lose certain skills. It’s definitely getting tougher.”

One tactic Story employs to both retain and attract staff is a generous bonus policy, with staff throughout the business offered incentives, from a potential 25% bonus at the lowest ranks up to 50% and beyond for more senior staff. “It’s a kind of John Lewis model,” Errington says. “We’ve had a 90% pay out rate in the last two years and we’re on target to be 90-100% again.” Asked if the current rates of salary and bonus increases are sustainable, Errington simply says “no”. Story has introduced a series of graduate, school leaver and apprentice programmes “to train and grow our own talent” in order to mitigate the risks of rapid pay increases, Errington says.

Across the sector as a whole, the survey found many firms employing similar tactics - when asked how their companies were looking to bridge the skills gap, over half cited graduate training schemes and full-time education, retaining existing staff and increasing training budgets, at 55%, 55% and 52% respectively. 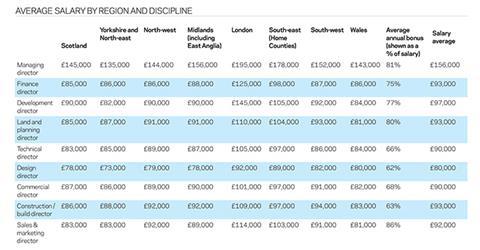 The private rented sector (PRS) was identified as the hottest housing subsector in this year’s survey. Almost a quarter of respondents (24%) said it would see the most growth outside the top 10 housebuilders, followed by registered providers (19%) and SME developers (18%). Course says the “embryonic” PRS sector is fast becoming a focus for PSD and its clients alike. “Residential development is cyclical, some would say bipolar,” he says. “With PRS you get a constant return for your money.” Course says PRS developers are recruiting from “sister markets” such as “student accommodation, commercial development, residential development and mixed-use”.

For Paul Belson, non-executive director at property services giant LSL, which manages 30,000 rented properties for both individual and institutional clients, the attraction of PRS is obvious. “There’s massive bandwidth to grow PRS,” he says. “We are right at the beginning of it. There are so many people coming out of university, those who start work … they simply don’t have enough for a deposit.”

Belson is a former member of the government’s PRS task force, set up to promote expansion of the sector and to fire up build-to-rent schemes through planning and financial incentives. He notes there is huge potential for institutions to invest and run PRS schemes: “In the UK just 1% of PRS is run by large institutions, yet it’s 37% in Holland.”

As build-to-rent is relatively new to the UK, recruiting the right people to design and deliver these schemes is even tougher. “The building itself is a hybrid of boutique hotel, serviced apartments and student accommodation,” Belson says. “It’s a blend of skills. You have to understand property management. There are a lot of requirements needed to create a rented community. There is definitely a shortage of people in this area.”

For those working within housebuilding, the range of career opportunities is now plentiful, as are potential financial rewards. How long can it all last? That’s the million dollar question, one that the PRS developers think they have an answer for. Outside of that niche, housing professionals can be forgiven for making hay while the sun shines. 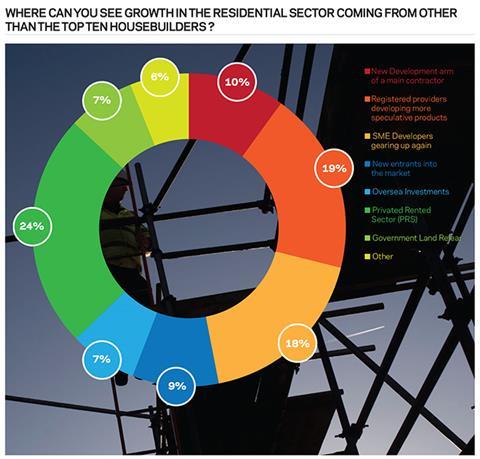