While politicians wrangle over the number of homes they propose to build, those on the ground are left to face the harsh reality that new housing stock is falling woefully behind the UK’s needs. How can we catch up? 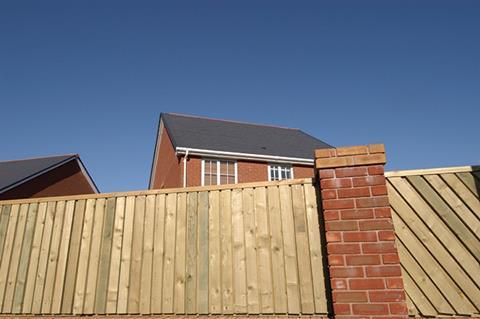 Research published by homelessness charity Shelter earlier this year, which took a snapshot of the housing market on a single day in March, set out clearly the scale of the housing affordability crisis. It found that across the UK, just one in six properties for sale were affordable for families with children, a number which fell to one in 13 for single people. In the whole of London there were only 43 family homes on the market that were affordable for a family on average income.

The widely accepted view, crystallised by economist and former government housing adviser Kate Barker, is that only by building more homes can this crisis be mitigated. Likewise most experts agree with Barker’s 2003 analysis that 240,000 new homes are needed per annum, with another 10,000 to compensate for the undersupply in the decade since she arrived at this estimate.

But while politicians love to trade targets about the number of homes they want built, for those in the sector the question is increasingly academic. Housing completions have recovered from the troughs recorded during the slump, with last year seeing the steepest increase in output for 40 years, but still the NHBC registered just 145,000 homes starting on site.

Gavin Smart, deputy chief executive of the Chartered Institute of Housing, says: “The answer [to how many homes are needed] is something close to double what we’re doing now and let’s worry about it once we get near there.” Adam Challis, head of UK residential research at JLL, agrees: “Because we are so far off, the discussion is a bit irrelevant.”

Smart believes increasing output further will require a broader spectrum of housing providers than currently exists, with delivery dominated by the major listed housebuilders. “The existing actors in the market are not going to get us to the number we are talking about,” he says. “You won’t get big private developers to massively increase volumes because they are pushing against financial and organisational limits.”

Besides an enhanced role for councils, he believes small and medium-sized builders are the major missing piece in the housing supply jigsaw. “They have disappeared into [building] extensions whereas in the 1980s they used to produce a lot of homes.”

Working out how to increase this housing output will be under the microscope in a dedicated session at Building Live next month. So what are the three big questions panellists will be tackling?

Planning remains the biggest hurdle to increased housing delivery, according to applicants who responded to a survey published earlier this month by the British Property Federation.

The finding will be a sobering one for ministers who put so much store by the introduction three years ago of the National Planning Policy Framework, which was meant to make it a lot easier for applicants to secure consents. And the survey finding is at odds with the Home Builders Federation’s own figures showing that 200,000 homes were granted planning permission last year.

The government’s Housing and Planning Bill, published earlier this month, includes a range of proposals that are designed to accelerate housing delivery, such as fast track permission for schemes on designated brownfield sites.

But JLL’s Challis argues that just deregulating the system, as the government is proposing to do, won’t necessarily improve housing delivery. He says: “In a highway with a traffic jam, it doesn’t help to increase the speed limit – you need a couple of extra lanes. They are increasing the speed limit and creating potential for more traffic.”

He believes that the government needs to adopt a more interventionist approach to bringing forward land in order to smooth out the boom-bust nature of the UK’s housing supply. An example of this approach will be showcased at Building Live when Manchester Place chief executive Deborah McLaughlin will outline how the partnership between the city council and the Homes and Communities Agency is helping.

Challis says: “The big issue is about creating foundations for longer-term, higher supply that is less bound by cyclicality of delivery. Government has a role to play in providing a platform for delivery, irrelevant of market conditions.”

Even in the admittedly unlikely event that the government manages to fully fix the planning system, there are big question marks over whether the industry has the capacity to scale up output. JLL’s Challis believes that the endemic shortage of skilled labour is the single biggest factor that prevents the UK from reaching 250,000 new homes a year.

“Capacity in the supply chain simply doesn’t exist to get to those kind of numbers,” he says.

The industry has taken on many more apprentices and graduates over the past year, with the number of those starting an apprenticeship up 14.8% in 2014 to 18,493. But it will take time to repair staffing to pre-boom levels, Challis warns: “Coming out of the big downturn, the 30% of the workforce that disappeared is only slowly being replaced.”

Christopher Down, chief executive of residential fund manager Hearthstone, estimates that year on year output increases of 10% are feasible, but no greater than that. “Talk of 250,000 is several years off even if they are very motivated and there’s tons of available finance,” he says.

And Challis says that capacity constraints will make it progressively harder to increase output. “Build cost inflation means that the next unit is more expensive than the last so there is a declining incentive to deliver 250,000,” he says.

Affordable housing isn’t quite what it used to be. For most of the post-war period, it meant a rented council or housing association home with a few shared ownership properties for key workers thrown in from the 1990s onwards. But the recently elected Conservative government has decided that the definition will now embrace starter homes for sale – a move that the government’s former top civil servant Lord Kerslake recently termed “Orwellian” because, being up to £250,000 outside London and up to £450,000 inside the capital, these starter homes “are not in any sense affordable”.

Leaving aside the potential social consequences of failing to provide for those who can’t even afford one of the government’s marked down starter homes, many industry sources are concerned about the impact the new policy will have on supply.

Challis argues that the policy will only satisfy demand from a narrow band of the housing market, and one that is already well catered for in terms of options. “It’s not a great long-term solution to the UK’s housing challenges.”

Richard Donnell, research and insight director at housing market company Hometrack, says many of those who will take advantage of the cut price starter homes are already catered for by the Help to Buy scheme, meaning the new initiative is unlikely to deliver much additional supply. “Starter homes will cannibalise (housebuilders’) existing business,” he says.

The HBF hopes that these details can be ironed out. A spokesman says: “If it [starter homes] can help people that currently can’t access the market – as opposed to taking people away from Help to Buy or other routes in – and lead to additional demand, then it could play a big part.” 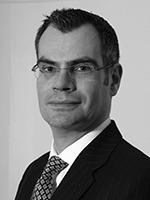 Brian Berry, chief executive of the Federation of Master Builders

The fact that the prime minister put housing at the centre of his keynote speech at the recent Conservative Party Conference should sharpen political focus on addressing what is quickly becoming the key policy challenge of our time. In 2014-15, there were only 124,520 housing completions, around 100,000 short of what is needed to meet current demand. Given the myriad challenges that beset the housebuilding industry tackling the shortage will undoubtedly be complicated. The primary problem of course is that the increase in demand necessitates an equal increase in supply which at the moment is simply not being met.

The quiet decline of the smaller housebuilder has had a significant effect on the country’s building capabilities. The last time the number of homes being completed in England was in excess of 200,000 a year was in 1988, a year in which two-thirds of new units were completed by local builders.

How then do we go about restoring some diversity to the housebuilding industry and encourage would-be housebuilders into the market? Finding ways to improve access to finance for SME firms must be made a central policy focus. In our recent housebuilders’ survey, 62% cited a lack of affordable finance as the greatest barrier to delivery. Major banks remain reluctant to lend for small-scale residential developments, and when they do the terms are normally less than favourable. The result is that otherwise viable sites are left undeveloped. One solution could be the creation of a single construction finance hub, as advocated by the RICS, creating a single access point that connects lenders and business.

Another way in which the government could act to encourage growth of the dwindling number of SME housebuilders would be to free up and enable permissions on small sites. Local planning tends to focus on larger strategic sites to deliver the volume of housing it needs. However, this approach has the unfortunate effect of slowing down delivery and reducing competition. By identifying and allocating a much broader range of sites, local authorities could both improve capacity and speed up delivery.

Excessive cost and complexity imposed by the planning system on small sites remains a big problem as well. The expense and complexity of gaining planning permission for small sites acts as a major inhibitor to house building entrants. Measures within the Housing and Planning Bill for a streamlined “permission in principle” route for sites allocated for housing in local plans, neighbourhood plans and through the brownfield register, will go some way to redressing this persistent issue.

There will be a session on Meeting the UK’s housing crisis at this year’s Building Live event on 26 November.