‘How could this happen in a civilised country?’ 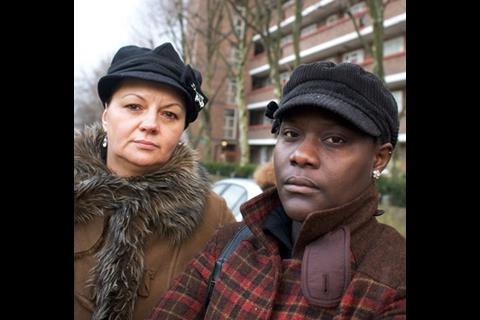 Michael Alexa’s mother Liliana (left) and his partner Angela Bedy. Alexa was killed in the Battersea crane collapse in September 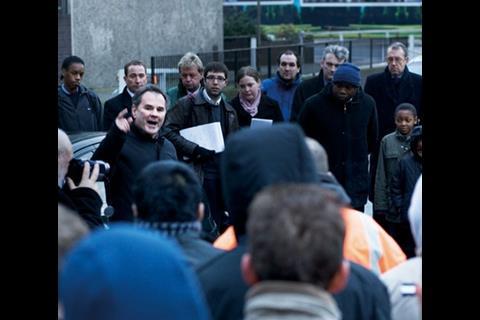 Seventy people, including local residents and schoolchildren, attended a memorial on the site where Alexa died 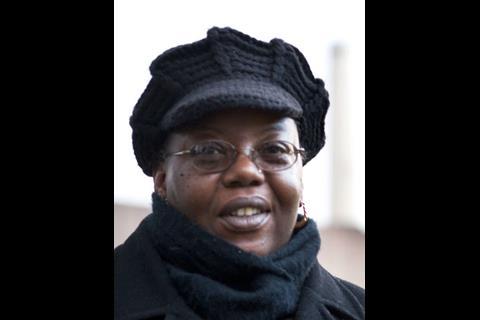 Several residents complained that the crane was making noises and moving when the site was closed - Jackie, A local resident 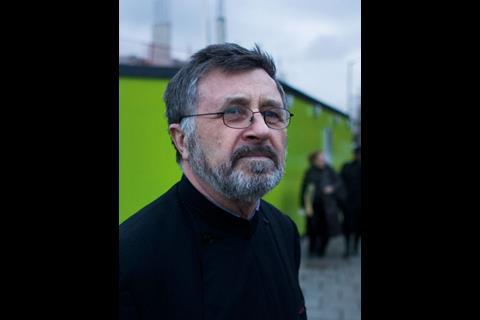 This has been a shock to the Romanian community. Michael was a very good, decent boy - Peter Pufulte, Romanian Orthodox Priest 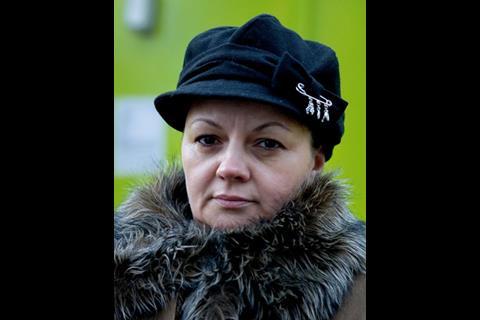 My son was killed because of someone’s negligence. How could this happen in a civilised country? - Liliana Alexa, mother of Michael 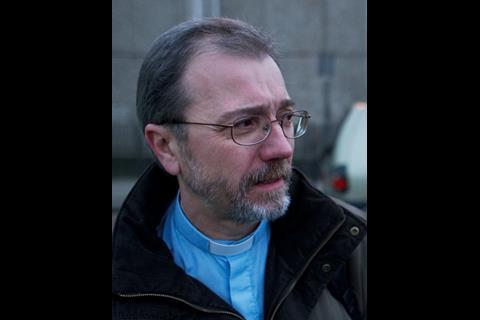 I married the couple who were living in the house that was hit by the crane. The man is still off work from the trauma - Geoff Vevers, vicar of All Saints, Battersea Park 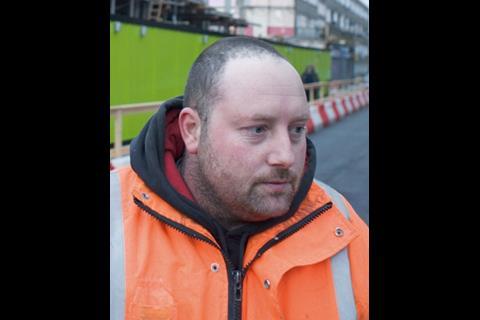 This site is good, it was just an accident. He was a brilliant guy, a family man. He only christened his son on the Sunday - Scott, a banksman, talking about crane driver Jonathan Cloke 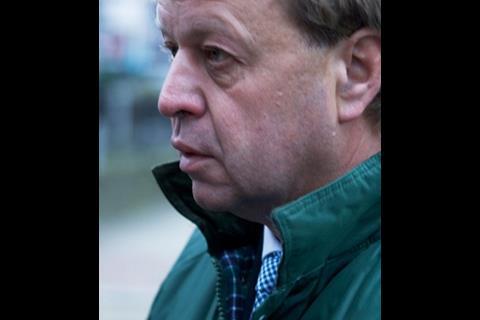 We can’t believe what’s happened. We left the site until after Christmas out of respect for the families -Mike ackers, west london construction director, barratt 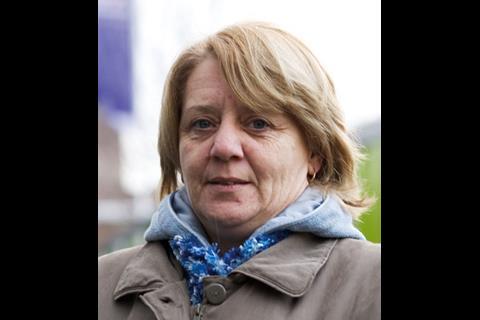 Once it was swaying like mad – it was the Sunday before the accident happened. Petrifying - Lynette, a local resident 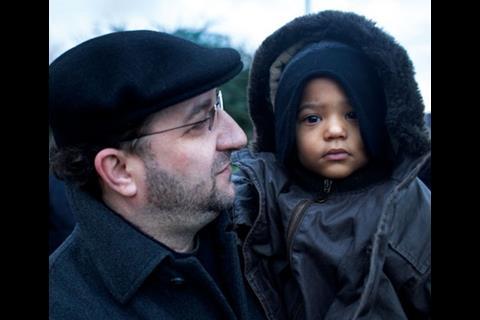 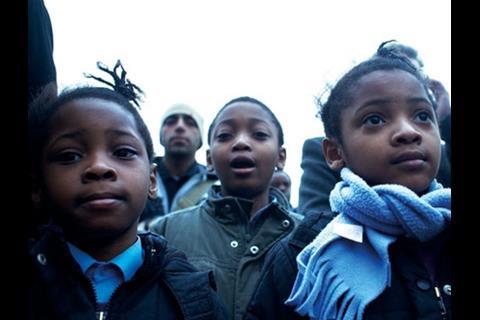 Last September, Liliana Alexa’s son Michael died while he was washing his car – the first member of the British public to be killed in a tower crane collapse. Angela Monaghan explains why a public register of crane safety checks is needed to ensure that he is the last.

‘Lots of the local children ran down when the collapse happened and saw Michael lying under the crane. Those children have been traumatised by this. A lot of lives have been affected by the accident.”

These are the words of Geoff Vevers, the vicar of All Saints at Battersea Park, south-west London, speaking at a memorial service for Michael Alexa, 23, who on 26 September last year became the first member of the public to be killed by a tower crane collapse in the UK.

Alexa, a Romanian bus driver who moved to the UK 13 years ago, was changing a tyre on his car when a tower crane crashed down on a Barratt housing site, decapitating him and killing the crane driver, Jonathan Cloke. That was the sight that greeted inquisitive children from the neighbouring school who ran out to see what had caused the huge noise.

Also present at the memorial, which was held two weeks ago, were Alexa’s parents and his 18-month-old son, Adrian Joshua. Seventy people attended, many of them local residents who will have concluded that construction sites are not only dangerous places in which to work, but also to live near.

That fear has spread. In November several parents decided to take their children out of St Mary Magdalene’s Roman Catholic School in south-east London, worrying for their safety when a crane was erected at a neighbouring building. It is in order to allay such fears and to restore public confidence in the construction industry that Building’s Safer Skyline campaign is calling for a publicly available register of safety checks.

How would it work?

The register would list the date and details of safety checks that have been carried out on individual cranes. Walking by a site, members of the public would have immediate confirmation that all tower cranes there have undergone recent, independent and thorough safety checks. The notice would avoid industry jargon and tell members of the public where to find the full safety report.

Building sees this as a simple and logical stiffening of the rules. At the moment any “competent person” can inspect a crane. That could be someone from the contractor or the crane manufacturer, which creates an obvious conflict of interest. Instead, independent, qualified engineers should conduct an annual MOT on all cranes more than 10 years old. This would be paid for by the plant hire companies, who would in all likelihood pass the costs on to contractors.

This site is good, it was just an accident. He was a brilliant guy, a family man. He only christened his son on the Sunday

Although potentially costly – maybe £750 per crane – it’s hardly prohibitive. Already, there have been instances of inspections being enforced. After the Battersea collapse, Barratt introduced independent safety checks on all cranes it brought in to replace previous equipment. And as a result of the fatal collapse in Liverpool city centre last month, the Health and Safety Executive (HSE) called in hire firm Falcon Cranes’ entire 170-strong UK operational fleet.
But such enforcements are a bit like closing the barn door after the horse has bolted. It’s not unreasonable to hope that annual MOTs would prevent fatalities in the first place.

What the public wants

People who witnessed the Liverpool collapse saw a crane fall 120ft, crushing to death a site workman as he tried to escape. They also saw the crane operator, Barry Walker, trapped in the cab for an hour as emergency services tried to free him.

The impact on the public has been enormous, says councillor Warren Bradley, the chief executive of Liverpool council. He argues that crane safety is now a mainstream public issue, and is particularly significant in Liverpool where so much construction work is taking place ahead of its year as European Capital of Culture in 2008.

My son was killed because of someone’s negligence. How could this happen in a civilised country?

“With the level of regeneration currently taking place in Liverpool this is an issue which is important to the city,” he says. “There will always be cranes in any successful city centre.”

Bradley is backing the Safer Skyline campaign, as are nearly 50 MPs. They have signed an early day motion, lodged by Battersea MP Martin Linton, that welcomes Building’s call for a register of public checks.

The industry is also waking up to the public’s fear, with a Strategic Forum board meeting last month discussing the issue as part of its agenda. “The industry is not closed to it,” says a spokesman.

But it will take more than not being “closed”. Much has already been done to improve crane safety but these efforts seem to pale in the light of the recent collapses. Colin Wood, chief executive of the Construction Plant Hire Association, says his organisation set up the Tower Crane Interest Group, which spends “about 99% of its time” discussing safety. It has introduced safety handbooks and runs a course for crane erectors with CITB-ConstructionSkills.

But Wood admits that more needs to be done: “For these incidents to occur in such close proximity is very dispiriting,” he says. “But we can continue to work with the HSE and all parties to ensure that safety is paramount.”

Everybody seems in favour of the principle of a register, but ultimately it will be up to contractors to ensure that the public sees the information it needs to. As Tony O’Brien, leader of the Construction Safety Campaign, put it, speaking at Alexa’s memorial day: “The time is now for change. I appeal to everyone to contact their MP and get them to support the early day motion. We remember the dead, but also, we fight for the living.”

For more on the Safer Skyline campaign, click here

If you agree that there is an urgent need to step up the safety procedures associated with cranes, fax your name and comments to 020-7560 4004, email us at building@cmpi.biz, or write to us at Ludgate House, 245 Blackfriars Road, London, SE1 9UY