‘Imagine that you are on level 80 and you want a sandwich. How long will that take you?’ 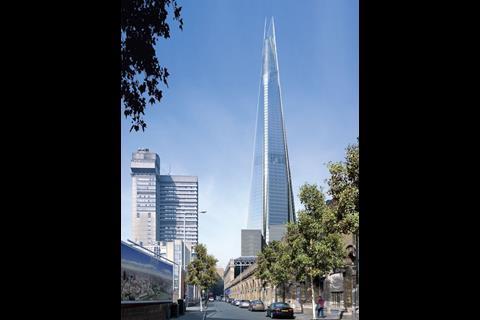 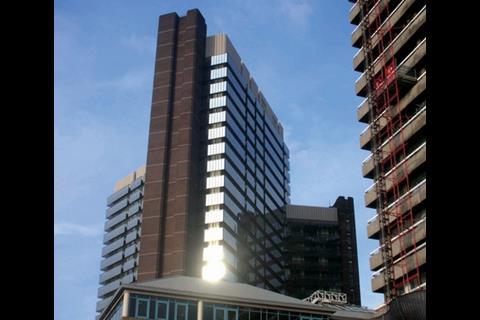 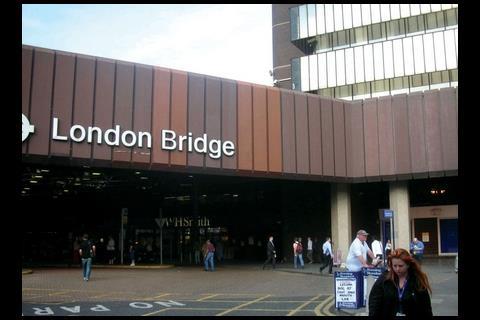 … and other logistical nightmares that might arise when you start building the tallest skyscraper in western Europe between a train station, a bus station, several busy roads and a hospital. Thomas Lane watches work finally get started on the Shard

Work started last Monday on Europe’s tallest building. For months, people have been wondering if construction was ever going to begin on the Renzo Piano-designed commercial/hotel/residential tower, the Shard at London Bridge. Indeed, Kamran Moazami, WSP’s lead structural engineer on the project, was getting so frustrated at being asked this question that he was planning to start wearing a T-shirt with “It’s happening” emblazoned across it.

Now Moazami can keep his wardrobe as it is. Demolition has started on the building occupying the site. Once it is cleared away, the ground workers can move in and then the elegant 310m Shard can begin to rise and mitigate the mess that is London Bridge.

Ideally, this mess would also be swept away and redeveloped, but the reality is that the team will have to build the Shard while having minimal impact on its surroundings. Which is no mean feat. It will mean working around the thousands of commuters that use London Bridge station, one of London’s biggest rail interchanges, on the corner of the site (construction will actually take over part of the station concourse).

Moreover, patients in Guy’s hospital, a major teaching hospital across the road from the site, will not want their operations compromised by vibrations from building works. The hospital is understandably wary as a water main running down that same separating road fractured and flooded the hospital during construction of the Jubilee Line extension.

Completed in 1999, that line brings problems of its own, as it kisses one corner of the site and its users would be rightly aggrieved to be stranded underground if construction were to damage the tunnels. A bus station at the foot of the site has been kept working, too; the good news here is that the once radical but now tired-looking space-framed canopy is going to be replaced by a sleek glass and steel number that will sit much more easily with its new neighbour.

All these constraints mean the Shard will be built entirely within its own footprint. The tower and its construction have been designed around these limitations. Predictably, given the Shard’s £350m cost, the timetable is tight. “The programme is sporting at best,” says construction manager Ian Eggers, project director at Mace. But now the project has got going, how is the team going to ensure there are no mishaps?

Clearly, careful planning has been essential. The project has been split into eight critical processes, rather than by company. One team looks after demolition, another deals with M&E, a third deals with the building envelope and so on. “Everyone is working as a design team to co-ordinate and manage out risk before anyone gets a trade contract,” says Eggers.

A key part of this process is ensuring that the neighbouring transport companies and hospital are happy with what is happening on their doorstep. This meant, for example, the transport operators had to approve the choice of demolition contractor, be a party to the contract and approve method statements.

“To drill a hole in the station concourse, you need a permit for access, a method statement to be approved, a [paper] survey of existing drains and a ground survey of what is there,” says Eggers. “It’s a minefield if you are not equipped.”

This equipment comes in the form of two people whose full-time job is to liaise with Network Rail and London Underground. “It’s massively important. If we can’t get this right, the building won’t happen,” he warns.

Unsurprisingly, one of the eight teams has the task of getting the logistics right. Moving materials in and out of the site will be a major challenge as thousands of pedestrians constantly swarm around the area, and the access roads are narrow and choked with traffic. Being so close to the railway station at first seemed to be a blessing as Eggers considered bringing in materials to a railway yard down the line in Plumstead. However, this proved harder than expected. “You have to get the yard live and there is the issue of getting the materials up here and unloading them,” he says. “It’s much quicker and cheaper to put it on the back of a lorry.”

Those lorries will need to be strictly controlled though. “The nightmare scenario is that lorries will turn up from all over Europe unannounced at the site,” says Eggers. “I have set ourselves a challenge not to have any vehicles in the road; they will all be in the cartilage of the hoarding.”

The method the team will use to achieve this goal is a buffer zone a few miles from the site where vehicles will be held and dispatched to site at regular intervals. This holding zone won’t be operated like a consolidation centre where materials are unloaded, stored, then sorted into daily work packages and delivered to site, however, as Eggers believes this is inefficient. “There will be no double handling,” he says. “We want it in a format that means it will only be handled once.” That means close liaison with manufacturers to ensure the right goods are dispatched at the right times.

At last, Eggers can get his teeth into some real construction – or rather deconstruction, as the project will start with the demolition of Southwark Towers, a 26-storey 1970s office building now occupying the site (see “Bringing down Southwark Towers”, page 41). This has to be done extremely carefully to avoid vibration that would affect the hospital and to prevent noise and dust annoying everyone else. Demolition specialist Keltbray will take the building down behind an acoustic screen to keep noise down and water sprays will keep dust at bay.

Large chunks of structure will be broken off the building and lowered by crane into a maximum of 30 lorries a day and taken away. To speed up work, a cantilevered scaffold will be erected at the 19th floor so demolition can start at the top while scaffolding is erected lower down. The plan is to take down one floor per week. An access ramp serving the train station on the east side of the site has to be demolished; a new ramp will be built further east.

As the demolition nears completion, work will start on excavating the foundation slab, which will bring its own challenges (see “After the demolition”, page 42). Then, finally, the structure can start taking shape, the logistics of which are even more complex.

“We have not built anything like this in London before – it’s twice the height of Swiss Re,” says Eggers. Because of this, a US specialist in high-rise project management, called Rise, has been brought in to advise. “Rise has challenged us in the vertical transportation of materials,” says Eggers.

Four cranes will be used for large items, but the movement of smaller items and people remained tricky. External hoists are the traditional answer, but not one Eggers wanted to rely on. “We really don’t want hoists around this building as they are noisy, prone to breaking down and they are exposed,” says Eggers.

The solution has been hydraulic hoists that fit inside the cores. These hang off the openings in the core and are self-erecting so as the core gets higher, the hoist can be extended. Eight will be used on the Shard. “It’s faster, more reliable and it means I can deploy men and materials throughout the building more quickly,” beams Eggers. Two external hoists will be used for the cladding contractor; these have had to be specially designed for the sloping sides of the Shard.

Despite the special hoists, Eggers wants to keep workers on site. “One of my tasks is to keep the guys active and productive, so we are going to try and keep them on site for as long as possible rather than wandering around the sandwich bars making a nuisance of themselves,” he says.

The sheer height of the building means productivity is a big issue. “Imagine that you are on level 80 and you want a sandwich. How long will that take you?” The solution will be canteens inside the building every 10 storeys so workers never have to travel more than five storeys to buy food and drink. All these carefully laid plans sound good, but the ultimate test is doing it successfully. That will be revealed progressively over the next four years. Watch this space...

The Shard in numbers

After the demolition: laying the foundations

As the seven-month demolition programme is being completed on the east side of the site, work can start on a secant piled wall on the west. This will form a barrier around the perimeter of the site to prevent water ingress and enable construction of the basement. The next stage will be to excavate down to the top of the existing foundation slab and remove this and the pile cap. Then new 52m deep piles will be driven to support the Shard. These will have to be threaded between the existing piles of Southwark Towers.

A cofferdam formed from sheet metal piles will be created in the centre of the site and excavated conventionally so work can start on the cores. Top-down construction is being used for the area between the cofferdam and the secant piled wall. With this method, the first slab is cast, then excavated underneath before the next slab down is cast, thus minimising lateral movement of the wall. “If the wall moves, it will affect everything around it,” says WSP’s Kamran Moazami. The use of top-down construction also means the ground slab is cast early on, providing a base to work off – vital as the site is only as big as the building’s footprint.

Up there with the best

“It’s probably one of the most efficient buildings ever designed,” beams Kamran Moazami proudly. It’s quite a boast as the WSP lead engineer has designed the structures of many of the world’s tallest buildings, including the Freedom tower and Trump tower in New York as well as residential high rises in the UK. And efficiency is paramount in tall-building design as the last thing developers want is large areas of structure taking up valuable, lettable space.

The proximity of London Bridge station also affected the structural design. “The main issue was to come up with a structural system to provide the maximum possible area within the space allocated, and also to make sure the structural system was light enough so it didn’t put excessive load on the transport facilities,” says Moazami.

It also had to be capable of being constructed quickly, without jeopardising the day-to-day running of the station.

Moazami says every possible option was explored, including all-steel and all-concrete structures. The solution is a hybrid – a steel frame will be used from the ground up to level 41 for the commercial part of the tower, which helps keep the weight of the building down. An all-concrete frame with lettable space-saving 200mm thick post-tensioned concrete slabs will be used above level 41 for the hotel and apartments. This is wrapped around a “very robust concrete core”, which has been designed with the services and vertical transportation in mind.

Despite the height of the building, no form of damping was needed to restrict its movement. Moazami says the whole structure has been tuned to provide the optimum dynamic performance and extra stiffness has been gained by using a “hat truss” at the top of the building. This consists of outriggers at the top, which connect the core to the perimeter columns.

Coming out of the ground


Making way for the Shard


The sub-structure of the Shard