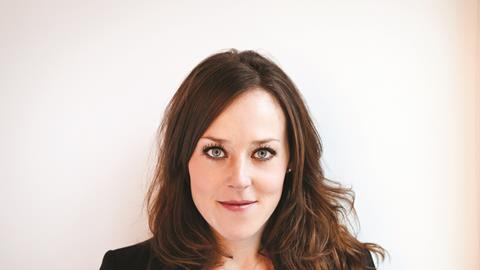 Ingrid Skinner has big plans to turn Taylor Wimpey’s fledgling London division into a £100m-turnover business - and all without leaving Zone 2. She talks to Building. Photography by Anthony Lycett

But the 34-year-old, who joined George Wimpey when she graduated from Oxford University 10 years ago (before Wimpey merged with Taylor Woodrow), has no time to dwell on gender or perceived inequalities: “OK, it’s true there are relatively few women in very senior positions in this industry. But there are women who are good at their jobs and women who are bad at their jobs, in the same way there are men who are good and bad at what they do. It’s nothing to do with gender.”

And the double whammy of being not only a woman, but also in her early 30s is, once again, not something Skinner wastes her time worrying about: “I don’t think age is an issue. Regardless of how old you are, you have to earn respect with your clients and colleagues to be successful,” she says, in a manner that is brusque without being rude - a type of pre-emptive strike, perhaps, against anyone who might doubt her ability.

﻿The demand is definitely out there. We have spent a lot of time researching the land market to work out whether this is an area we want to develop our expertise in

It works to an extent. But the proof will be in the development and growth of Taylor Wimpey’s London division. After a tough recession and near collapse in 2008, the
firm posted a £259m full-year profit in March 2011, then embarked on a six-month strategic review that chief executive Pete Redfern described as “transformational”. London is at the heart of the new plan. Which means so is Skinner.

Sitting in Taylor Wimpey’s Bond Street offices, she lays out the company’s plans to build its London business into a £100m-turnover division in the next five-to-seven years - and explains why this will be good news not just for Taylor Wimpey, but for the wider construction industry.

Taylor Wimpey’s London division was set up at the end of 2010, and last year it bought 188 plots across four sites. This is part of a strategy to operate more like a developer than a housebuilder - Skinner’s 14-strong team will target and acquire sites, before bringing in external consultants and contractors to help it to build the stock.
The strategy is concentrated on the central boroughs: “Last year, we made site acquisitions in Islington, Camden, West Hampstead,” Skinner says. “And we have existing schemes in Greenwich, Lewisham and Newham. Over the next year, our focus will continue to be on the major central boroughs, so those ones already mentioned, plus Westminster, the Royal Borough of Kensington and Chelsea, Southwark, Lambeth and the City.”

She adds that anything outside these areas tends to be battled over by companies from London’s surrounding regions, automatically increasing the competition. “This period will see a big push for the business but we are chasing margins rather than volume - and this means being extremely selective about the sites we buy. Up-and-coming areas south of the river and in pockets in north London like West Hampstead are examples of the locations we are looking at - areas where there is little new-build development, and so little competition.”

Skinner and her team aim to have eight sites across London up and running by the end of the year. She explains that while this may appear to be quite a cautious strategy, it is all part of a longer term goal: “We still want to be here in 10 years’ time,” she says. “We’re coming from a relatively low base in terms of our exposure in London and I want to address that by building numbers up slowly rather than rushing, with a view to becoming a large-scale business within the next three years.”
So this is not about introducing a readymade major London developer to the market, then? “No - we’re not looking to buy huge sites and become a huge developer overnight. Typically we’re eyeing 25-70-unit schemes worth between £500 and £1,200 per ft2 - developments where we can add some value through the planning process and design management.”

Of course, with a team of just 14, Skinner will need plenty of help with these plans to add value - which is where the wider construction industry comes in: “I want to deal with all sorts of different firms including architects, contractors, structural engineers, M&E consultants, utilities experts, anyone who can advise on affordable housing,” she says. “We don’t have a list of preferred suppliers and we would always select whoever was right for the individual role. This year in particular we are looking to work with a number of consultants and anyone who is interested is welcome to get in touch - we’re very easily approachable.”

Taylor Wimpey’s return to the black and a new, ambitious focus on the London market signals a positive shift in the housing market - at least in the capital. But the fact remains that confidence among buyers is still wavering and it’s nigh on impossible for first-time buyers to get mortgages. Does Skinner worry that the market simply isn’t ready to support a big development push? “No, we think the demand is definitely out there,” she says. “We have spent a lot of time researching and judging the land market to work out whether this is an area we want to develop our expertise in and we decided that it was worth pursuing and putting together a selected team to focus on central London.

“We see 2012 remaining stable with some modest growth - there are still plenty of keen overseas investors. Beyond that, the general consensus is that in the right areas of central London - the main boroughs - things should remain strong. In terms of confidence, I can now only speak for central London, but while there are still constraints on mortgage activity, this is less of an issue here. And I firmly believe this will be a big year for us.”

A female MD in her 30s talking with optimism about housebuilding? How refreshing is that?

Which other women are holding down key roles in the construction industry?