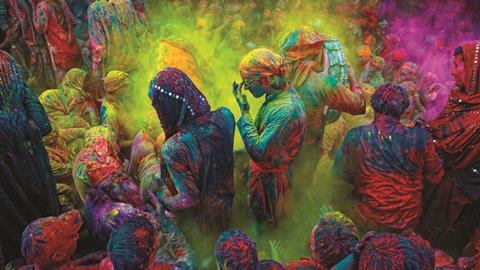 India is not a market for the fainthearted, but with the demands of 1 billion people to satisfy, growth of 7% predicted for this year and an investment plan of 1 trillion dollars on the table, there are rich pickings for the courageous. Building reports

Joshua Littman just got back from India. Aecom’s economic team is advising a major hospitality and real estate client on a development that includes a hotel and holiday homes - although if his advice is accepted, potential buyers in the UK are unlikely to hear about it. “The hotel will attract international and domestic clientele, but we do not think they need to market the real estate outside of India,” explains the director. “There are enough wealthy people in India to support it. There is a growing middle class - and upper class, and upper-upper class - in India, and they’re looking for places where they can spend their money.”

This is perhaps the crux of India’s great potential. It’s not just the size of India’s growing middle class, it’s the sheer size of its population. India is one of only two countries in the world to number more than 1 billion people, and most of those people are young - India’s median age is 26.2, compared with China’s 35.5. According to the Indian government’s Planning Commission, the labour force is expected to increase by 30% over the next 20 years, compared with a decline of 4% in industrialised countries and nearly 5% in China. A ready supply of skilled, English-speaking graduates is the secret behind India’s recent economic success, and this “demographic dividend” is now promising to power India up the ranking of the top nations - Goldman Sachs has predicted it could become the third-largest economy within two decades. Domestic demand is already more than sufficient to maintain GDP growth at more than double the global average. India’s economy grew by about 8% in the teeth of the global economic crisis, and the International Monetary Fund expects continued growth of 7% in 2012 and 7.3% in 2013, compared with 3.3% and 3.9% worldwide.

But to reach its full potential, the Indian government knows it is going to have to spend an enormous amount on improving every aspect of an infrastructure that is still far below developed-world standards, and lifting its population out of poverty. It has set a target of 9% economic growth for the next five years, and intends to increase India’s exports by 25% a year and double its share of global trade by 2020. “India is a place where there is going to be real growth for the next decade or so,” says R Sateesh Kumar, regional director for India at Sweett Group, which has offices in Bangalore, Chennai, Delhi and Mumbai. “But to achieve that growth level, infrastructure has to grow at 25-30%. That represents a huge amount of opportunity for construction companies.”

There is a growing middle class - and upper class - in India, and they’re looking for places to spend their money

Over the past five years, under its Eleventh Five Year Plan, the government invested US$500bn in new roads, railways, power networks, water supply, ports, airports, telecommunications, health and education facilities. Under the Twelfth Plan, which runs from 2012 to 2017, it has set out detailed plans to spend a further US$1tr.

Meanwhile, with foreign investors continuing to flood into its IT parks, manufacturing hubs and office developments, there is high demand for new commercial and industrial space. With rising disposable incomes, the retail and leisure sectors are growing too. “There is huge demand in the country for almost everything you can think of - restaurants, cars, mortgage brokering, quality construction services. There’s a huge gap between supply and demand, and they need to fill these gaps,” says Littman.
Housing, particularly for those on moderate incomes, is already one of the greatest shortages, as people move to the cities, leave their families and aspire to live in better quality homes. The RICS estimates that between 2010 and 2020, demand for real estate will be about 95.3bn ft2, and about 40% of this is for new homes. By 2030, more than 40% of the population or 600 million people, are expected to be living in cities - double the number today.

This means that expertise in almost every field of design, engineering, cost and project management and construction will be much in demand on both infrastructure projects and increasingly complex and sustainable buildings - the RICS also estimates that there will be major skills shortages in all of the construction professions over the next 10 years. According to a report published by Global Construction Perspectives and Oxford Economics last year, India will be the third-largest market for construction by 2020, accounting for 7% of global spending. 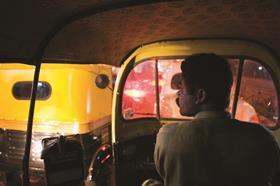 It’s no wonder, then, that a select number of UK companies are already doing good business in India and that many more are now looking at how to enter the market. Compared with firms from the Far East and Australia, the UK has always lagged behind in India - something that prime minister David Cameron was evidently keen to address when he made his first major trade mission to the country in July 2010.

But India is not a market for the fainthearted - and UK firms that hope to waltz in, pick up a few juicy contracts and watch the rupees roll are in for a shock. The World Bank ranks it 132nd out of the 183 countries for ease of doing business and transparency, trailing China at 91st place and a little behind Brazil at 126th. This also masks much lower performance on dealing with construction permits and enforcing contracts, where it ranks 181st and 182nd respectively. Projects are often derailed owing to problems acquiring land, and inflexible contracts leave construction companies exposed to delays and cost escalation. Heavy bureaucracy and corruption are still widespread, a worry for UK firms since the Bribery Act, which threatens individuals and companies with up to 10 years in prison and an unlimited fine for giving or receiving a bribe anywhere in the world, came into force last year. Then there are the cultural challenges - despite the fact English is the universal business language and its laws and building codes were based on the British system, UK professionals struggle to acclimatise to a more laid-back approach to schedules and an unwillingness to pass on bad news. Construction projects in India are structured differently, and the roles of professions such as engineers and QSs are not the same as in the UK.

Where to go is a key decision for UK firms. India’s major cities are booming, but the greatest potential is in the smaller, tier 3 and 4 cities that are competing for investment and jobs. India’s federal system also means that the ease of doing business can differ by state, too: “States have increasingly been given more control from central government and the ability to set their own regulations,” says James Rose, director at WSP, which has about 200 people working in New Delhi and Mumbai. “Some states have significantly improved governance and cleaned up corruption to attract foreign direct investment, however, there are others that are less mature and you would avoid.” 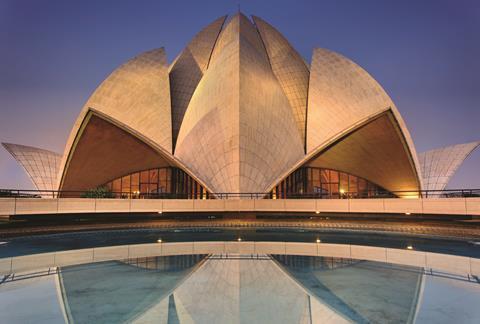 One of the greatest challenges that UK firms will face selling services in India is the very different cost base, and in demonstrating the added value they can offer in comparison to much cheaper local firms. India already has a great deal of expertise in design, engineering and construction and its leading firms dwarf the largest UK players, capable of supplying every discipline on vast infrastructure projects. UK firms will need to conduct research to isolate the services that would be most valuable, and how they can sell them at a price the market will bear. Indian clients are shrewd in business and unwilling to pay any more than necessary for a product or service.
“India has amazingly skilful entrepreneurs and designers; it’s not just a back-office operation. If you’re going to work in India, you have to be very clear about what it is you’re going to do and detail the value of the service you’re offering,” says John McAslan, whose architecture practice designed several of the stations for the Delhi Metro. 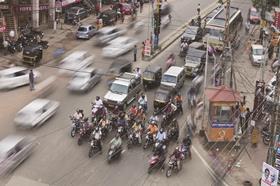 According to Euan McEwan, group chief executive of Currie & Brown, which is long established in India, one of the biggest mistakes that UK firms make is employing too many expats. Not only does it price you out of the market, but there is the potential to alienate prospective clients, too. “Indians are very polite and they won’t say anything, but they find it disrespectful,” he says. “They have a very educated workforce who are desperate to learn. What they’re really looking for is experience that has been gathered over a number of years of building very complex projects that they can learn from. If you train the locals you will be accepted in the market.”

Given the relative costs, UK firms are more likely to succeed in offering niche, specialist services and front-end design rather than wholesale delivery of any of those massive projects. But if they get it right, the sheer size of the Indian market means that even a tiny sliver of it could be very valuable.

Concrete is big business in India. The country is the world’s second-largest producer of cement, after China, accounting for 7-8% of global production, and exporting cement and clinker to more than 30 countries. But despite the size of its production capacity - it rose to 323.02m tonnes in 2010-11 - India’s per capita consumption is far below the global average, at 180kg compared with 430kg. Given the enormous amount of construction that is planned from 2012 to 2017 under the government’s Twelfth Five Year Plan, it should catch up rapidly. India’s Cement Manufacturers Association expects demand for cement to grow by 8-12% each year.

The industry has also made great strides forward in reducing its carbon emissions, adopting a range of innovative sources of bio energy to fuel its plants. Indeed, the most efficient producers are among the most efficient anywhere - using 68kWh per tonne of cement produced compared with the world best of 65kWh, according to the CMA.

Building’s owner UBM is hosting the concrete show India on 23-25 February at the Bandra Kurla complex, Mumbai. for more information go to www.concreteindia.net