4
Integrated Environmental Solutions: Get with the program
Focus

Integrated Environmental Solutions: Get with the program 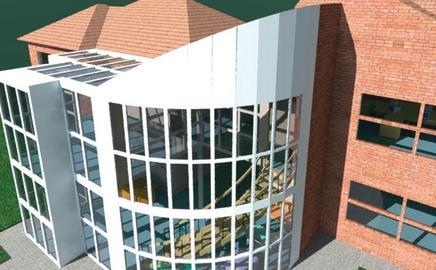 Integrated Environmental Solutions was set up in 1994 but its roots go back to the seventies energy crisis when Don McLean, its founder and current managing director, started his PhD in the detailed computer simulation of renewable energy devices.

Since then, the firm has brought to market a suite of building performance-based simulation packages to help designers cut energy demand in new buildings. It also has a consultancy arm that provides simulation analysis on a project-by-project basis, helping teams develop designs that meet performance goals, regulations and codes for energy use. The firm employs 67 people across its offices in Glasgow, Dublin, San Francisco and Melbourne. Don McLean talks about the different approaches to the use of design tools in the UK and US.

Describe what you do and your market?

We have developed an integrated building performance analysis software called Virtual Environment for architects, engineers, planners and facilities managers. It enables designers to evaluate how a building will operate, and demonstrates compliance with things such as Building Regulations.

Exercises such as energy simulations can be carried out to optimise the design and minimise energy consumption at every stage. In addition, you can consider the impact of things such as daylighting, occupant comfort and environmental impact in terms of lifecycle and capital costs.

What is driving the take-up of these assessment tools?

It varies from market to market. The UK is one of the leaders in the take-up of building simulation and performance assessment tools. It is very much driven by legislation and building regulations such as the revision to Part L in April 2006, which relies on performance to show compliance.

In the US, it’s slightly different. Their LEED environmental assessment system, which is a voluntary scheme, has caught the public conscience and cities are going flat-out to make sure buildings in their cities achieve a good rating.

There are more than 30,000 LEED assessors, which puts the scale of the scheme into perspective. Also, the 2030 Challenge, which aims to make all buildings zero carbon by 2030, has been adopted by California and some other states. There is now a pincer movement between these two that is leading to much more demand for performance modelling.

Are there differences in the way the UK and US go about design?

In the UK, designers tend to look at the building envelope first and then the systems and it is generally the consulting engineers who do the performance assessments.

In the US they didn’t tend to look at the envelope at the outset but more people are realising that you can make bigger wins quickly on energy performance if you do.

There is also a different relationship in the design team. In the UK, engineers get involved quite early now, but in the US it is still very much led by the architect with the mechanical and electrical engineers brought in later to design systems. Organisations such as the American Institute of Architects are taking steps to introduce new forms of contract that encourage integrated work.

How does this influence your products?

In December last year we released a plug-in to Autodesk’s Revit Architecture that provides designers with a direct link to the IES Virtual Environment and our new architect-orientated toolkits.

It’s important to get these tools into the hands of the architects as this lets them investigate the building’s performance at an early stage, when the most impact can be made without any specialist simulation knowledge. It also means they don’t have to leave Revit or re-input any geometry data.

What can we expect in the future?

There are three main changes we can expect in the coming decade. Almost every country will introduce increasingly stringent building regulations and energy performance targets and this will require designers to carry out building performance assessments.

I think we will see growth in the holistic approach to sustainability, encouraged by things like LEED and BREEAM, which relies on a more effective design process.

The way design teams work together will also become much more integrated. Currently the use of a common building information model on projects is in its infancy, but I think we are on the edge of a wave with this in the UK.

Already in the US it is being used on a lot more projects or, if not, architects are very aware of it. Generally it is being implemented on medium-sized projects rather than the huge schemes, which is easier to do. The UK is probably two years behind this but I think its uptake will increase rapidly.