Low-paid architect jobs: An offer you can refuse 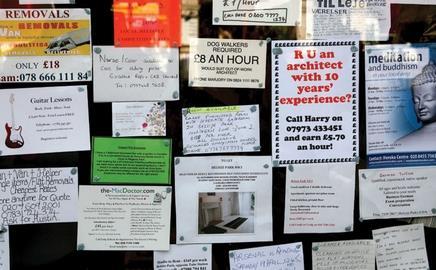 If you were an unemployed architect, would you take a job working 14-hour days for £6 an hour? Well, that’s exactly what one firm is offering

When unemployed part II architect John answered a job advert earlier this month, he was outraged by the response he received. Parritt Leng, a firm with about 15 staff, was seeking full-time part II and part III architects. It offered John (not his real name) 14 days of work starting the following day. He would be required to work 14-hour days at the rate of £80 a day, with the possibility of a permanent role afterwards. The email from James Parritt, co-founder of the practice, said: “The hours and work ethic are going to be very intense indeed. We would expect you to start work at 8am and to finish work at 10pm every day.”

John says: “I was shocked by the email. I found it insulting and degrading, and the brazen tone of it didn’t help. These conditions place no value on my five years of studying and four years’ work experience. This is the worst offer I have had and I would rather be unemployed than work for these people.”

John believes the approach will backfire on Parritt Leng. “Even if you accepted this offer and got a job with them at the end of it, you would never forget the way you had been treated. You would be looking to get out of there as soon as possible.”

It has since emerged that Parritt Leng has made the same kind of offer to several architects. So what are the implications of architects working under such conditions for the profession as a whole?

Outrageous as these working conditions may sound, even for the architecture sector, which has been accused of tough working practices in the past, it could be argued that Parritt Leng’s terms are within the law. If workers took a one-hour lunch break, the pay would work out as £6.15 an hour, which is above the minimum wage of £5.80. However, without the lunch break, the salary comes in below the minimum wage, at £5.71.

Edward Goodwyn, a partner in law firm Pinsent Masons, says employees can strike whatever deal they choose, although they are entitled to minimum rights. He adds: “As for the Working Time Regulations, there appear to be three things to bear in mind: the maximum working week of 48 hours; the entitlement to rest breaks during the working day (at least 20 minutes for every six hours); and the right to at least 11 hours off between the working days.

Goodwyn says he presumes Parritt Leng will ask the employee to sign an opt-out from the regulations. “But even without an opt-out, as the reference period for measuring the maximum working week is 17 weeks, I do not think that point is an issue. As for the break between working days, it appears that it is only 10 hours. While this could be an issue, workers can forgo their rest entitlements, provided the employer does not breach the 48-hour average weekly limit and there is no extra risk to health and safety.”

The fact remains that the RIBA’s recommendation for the minimum an architect should be paid is some way above £5.71. RIBA’s guidance, published in August 2009, says part I employees, who are even less experienced than the part II and part III architects Parritt Leng is seeking, should be paid £8.56 per hour outside London and within the capital, £10.27.

RIBA president Ruth Reed, says: “Our payment guidelines are only advisory but they set out what we, as the professional body for architects, believe is a reasonable and professional level of pay. These people have studied to a certain level and the pay we recommend recognises that.”

The minimum wagE may be fine for someone washing pots, but our students have five years training and deserve some credit for that

She adds: “The minimum wage may be fine for someone washing pots and pans in the back of a restaurant, but our students have had at least five years training and they deserve some credit for that.”

Reed is worried that poor pay and conditions will also put architects off the industry. She says: “We risk driving away talent if we do not offer architects a reasonable standard of living. Then when things get busy again we will find ourselves with a dearth of talent. Already we are seeing people moving out of the industry – hence the recent RIBA photography exhibition on the different paths out-of-work architects are taking.”

Architects near the start of their careers agreed when we showed them Parritt Leng’s email. Sophie Campbell, architect at Sheppard Robson, says: “Most architects, even from their university days, commit to an intense and dedicated work ethic, so the hours mentioned in Parritt Leng’s response came as less of a surprise than the financial offer of 9p below minimum wage. The value accredited to five years of university training for this applicant, coupled with the likely debt to have been accumulated in the process, is very disappointing.”

Stuart Fraser, architect at Make, said: “It’s a sorrowful state of affairs when practices offer very low paid work. It would be very difficult to survive in London being paid around the minimum wage. You would be struggling to pay your rent and probably you’d be on a loss leader.”

It seems unlikely that Parritt Leng would ask architects to work on these terms if there weren’t so few jobs available. Architects have been one of the hardest hit professions in the recession. According to latest figures from the Office for National Statistics, 1,430 of them were claiming unemployment benefits in February, and vacancies are scarce. A typical story is that of the practice Hunters, which recently advertised the position of architectural assistant and received about 800 responses.

Parritt Leng declined to comment, but it is understood the firm is under some financial pressure and has recently won a large and risky contract in Libya, which may be why it feels forced to offer the terms it has.

However, many in the industry argue that firms must charge clients fees that are at a level sufficient to pay the staff that work on the job. Peter Drummond, chief executive of BDP, says: “It may seem tempting to try to drive down hourly rates during difficult times, but we need to beware – if we value architects at exceptionally low rates, how will clients value architects properly? Paying architects for long working days at the rates of a dog-walker is not a way of developing good HR practice and I wouldn’t endorse it.”

Reed adds: “I appreciate the pressure practices are under, but if they offer fees so low that they can’t pay their staff a decent level they simply should not be doing this.”

Drummond adds that the saddest thing is what poor pay and conditions do for morale – a sentiment echoed by Fraser at Make: “This is no way to welcome people into the professional world.”