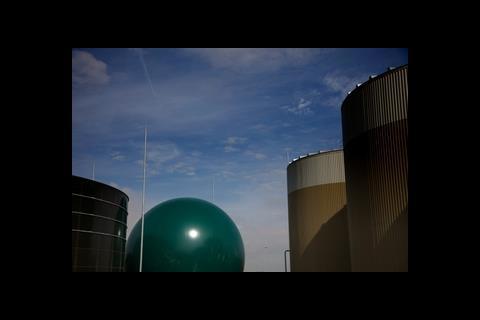 Biogengreenfinch has three biogas plants, including one at Bedford 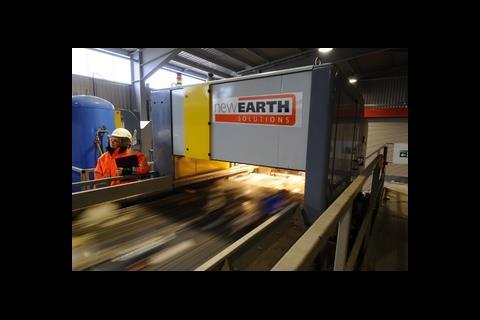 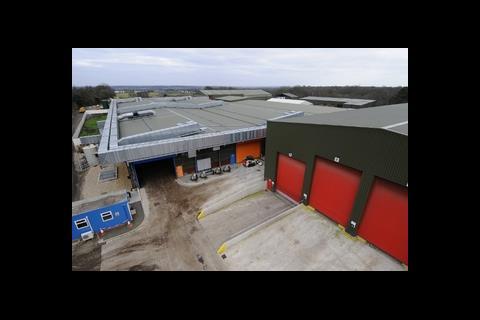 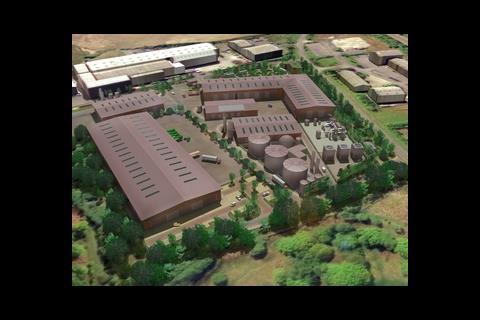 Energy-savvy countries treat their waste as a resource, and the UK is beginning to cotton on. But the path is not easy for the waste-to-energy pioneers

The UK produces about 500 million tonnes of waste every year, most of which is buried. A revolution is under way, however, with plans across the country to develop power plants that turn this overlooked and unlovely resource into electricity and heat. Many of the waste-toenergy entrepreneurs hope to supply at least some of their power direct to the built environment.

One industry source says there are at least 75 waste-to-energy projects in the early stages of development. This burst of activity has been prompted by the rising cost of sending waste to landfill and the introduction of subsidies for new waste-toenergy technologies, including pyrolysis, gasification and anaerobic digestion. Two renewables obligation certificates (ROCs) can now be claimed for every megawatt hour of electricity generated by these methods. The ROCs are worth about £40 each and can be sold on to the major electricity companies in order for them to meet their targets for renewable energy. A further cash boost, a Renewable Heat Incentive, is expected in 2011.

The UK government is anxious to encourage waste-to-energy as part of efforts to reach 15% renewable energy by 2020. According to research group New Energy Finance, only 8% of our municipal solid waste was sent for conversion to energy in 2008, while Denmark sends more than half of its waste for thermal treatment. In 2007 the UK government published a waste strategy that called for 25% of municipal waste to be converted into energy by 2020. Meanwhile landfill taxes are rising rapidly, from £24 a tonne in 2007 to £48 currently to £72 in 2013. Most of our landfill sites have some form of methane harvesting plant, but these only qualify for one-quarter of a ROC per megawatt hour of electricity generated.

Incineration dominates the UK wasteto- energy market, but the technique could eventually be surpassed by the emergent technologies. There are 20 incineration plants in the UK, with five more under construction or commissioned, but incineration is not classed as a renewable technology and does not qualify for ROCs.

Incinerators are deeply unpopular with the public and can take 10 years to get through planning. They are perceived to be dirty, although the level of dioxins, lead and sulphur emitted has fallen steeply to meet strict emission standards over the past 15 years. The new waste treatment technologies are favoured with subsidies because they promise a much lower carbon footprint than incineration, although this is disputed by the Environmental Services Association, which argues that pyrolysis and gasification use significant amounts of energy, which diminishes their lowcarbon credentials.

Tim Jervis is one of the new breed of waste entrepreneurs. A former director of sustainability at consulting engineers Pell Frischmann, he quit early this year to set up a waste-to-energy company called Verus. It is concentrating on pyrolysis projects and hopes to announce its first plant within months. Verus is negotiating with waste suppliers, technology providers, landowners, funders and potential customers for the energy. Pyrolysis and its cousin, gasification, promise to extract more energy per tonne of waste than is possible with traditional incineration. In pyrolysis, waste is cooked to 800C without oxygen. The waste falls apart, separating into a compact residue and syngas, which can turned into transport fuels or be burnt for heat, electricity or both. Gasification is similar but uses a small amount of air in the heating process. The lack of oxygen means fewer toxins are produced.

The other claimed advantage is that pyrolysis and gasification are easier to run profitably at a smaller scale than incineration plants, which makes local waste treatment more feasible and reduces the number of miles waste must travel before conversion into energy. The UK has only one fully operational gasification plant, which opened on the Isle of Wight in March 2009. It is run by Norwegian firm Energos, which has four plants in Norway and one in Germany. Jervis is confident that pyrolysis and gasification can gain acceptance, sayingt they have been widely adopted in Japan, the US and Canada.

One reason for slow take-up in the UK is that waste needs to be meticulously sorted. However, waste management business Sterecycle opened an autoclave recycling plant in Yorkshire last year, which works without having to sort waste. With technology similar to that used in hospitals to sterilize waste, Sterecycle’s plant blasts waste with high-pressure steam which is claimed to separate inorganic material such as plastics and reduces biological matter to fibrous compost which can then be turned into biomethane which can be burned to produce electricity.

Most of the electricity generated by waste-to-energy plants is fed into the national grid. The heat is usually lost to the atmosphere because there is no practical means of using it, but Verus is in talks with two developers about supplying both heat and electricity to new developments, while simultaneously taking away their waste – although Jervis admits the task is not easy.

The Carbon Reduction Commitment, a forthcoming carbon trading scheme for medium-to-large occupiers (BSD Nov 09), offers no clear reward for using energy from waste, which has weakened the developers’ interest. “It was a wonderful opportunity, but we think the government shot itself in the foot,” says Jervis.

Pyrolysis and gasification are claimed to be easier to run profitably at a smaller scale than incineration plants, which makes local waste treatment more feasible

Developers can also be reluctant to have municipal waste brought onto their schemes for treatment, preferring cleaner options such as wood waste, but this has to be paid for to guarantee a secure supply and makes the energy more expensive. Jervis insists waste to energy remains attractive to developers who want to create buildings that can draw local power and heat, mitigating what he terms “the power supply risks in the coming years”.

Other waste-to-energy firms such as Biogengreenfinch, New Earth Solutions and Enviroparks also want to supply the built environment. Biogengreenfinch turns food and agricultural waste into biogas, a mixture of methane and CO2, using anaerobic digestion, whereby bacteria consume waste inside an oxygenfree tank. It has plants at Bedford, Ludlow and Northamptonshire. Business development director John Carolin suggests there could be 100 plants operating by 2020.

The biogas is burned to generate electricity, which is fed into the national grid. Most of the heat is lost, but Biogengreenfinch is experimenting with heat capture at the Bedford site, where it is piped into local farm buildings. Carolin says the company is looking seriously at so-called “co-location”, whereby an energy user is located next to the power plant. Details are still under wraps but Carolin says one possibility is that a sports hall will take heat from a Biogen plant. There were plans to supply a new business park with heat but these foundered in the credit crunch. “It’s going to take a while, but I do think it will happen,” says Carolin.

David Williams, director of Enviroparks, agrees. He wants to build a waste processing and energy plant on a 7ha site at Hirwaun in South Wales. A planning application is expected to be submitted by Christmas. Williams plans a range of technologies on the site, including pyrolysis and anaerobic digestion. T he waste would come from local authorities, industry and agriculture.

Enviroparks also aims to attract a commercial tenant onto the site, to whom it will supply heat and possibly electricity. Williams says this could be a data centre, or a cold store – any business with a high requirement for heat, or heat that can be converted into cooling power. He says there has been plenty of interest, but “the planning application has to be approved before anyone commits themselves”.

Williams, who previously founded a battery recycling centre in Wales, says Enviroparks is looking at more potential sites including one in the Midlands next to a car manufacturer and another in the east of England next to a hospital. “The co-location is what gives you the energy efficiency,” he says.

New Earth Solutions is building a “demonstrator” pyrolysis plant at its waste processing site in Canford, Dorset. The company is also preparing a planning application to build a technology park with heat supplied to tenants from its waste processing activities. “We want to be able to deliver heat to our customers, it is one of our strategic goals,” confirms Alex Young, the firm’s energy director.

Incinerators are also taking steps to use their heat. One key obstacle has been the cost of building a district heating network, but the South East London Combined Heat and Power waste incineration plant in Lewisham is considering building a 2km transmission pipe to supply heat to a housing estate.

Peter Rolton, chief executive of consulting engineers Rolton Group, says he is working on a number of earlystage schemes to supply campus-style developments such as business parks and universities with heat from a neighbouring waste-to-energy plant. Rolton, a member of the Renewables Advisory Board, is confident that such schemes are just a matter of time: “It will come,” he says. “It will have to come, because it makes such blinding common sense.”