Margaret Ford: After the Games 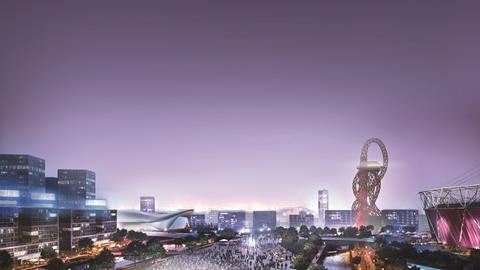 For the Olympic Park Legacy Company, the end of the Games is just the beginning - that’s when its £315m transformation of the site will begin. Chair of the body Margaret Ford tells Building about its new powers, what’s up for grabs, and about her ’crazy’ past two weeks

People don’t need much of an excuse to dislike News International journalists at the moment. But Baroness Margaret Ford, chair of the Olympic Park Legacy Company, has more reason than most. Following a splash in Murdoch’s Sunday Times earlier this month, which alleged corruption over the selection of West Ham to occupy the Olympic Stadium, Ford has done little else but spend time picking up the pieces. And all this has re-ignited the controversy over the battle royal between West Ham and Tottenham Hotspur for the ground, just when Ford had hoped it was over. “The last two weeks have been crazy because all the things I was going to do have been put aside to deal with rubbish,” she says, sounding annoyed afresh.

It’s not as if Ford doesn’t have lots else to do right now. The OPLC is gearing up for a series of key announcements and decisions over the autumn. Set up in 2009 to oversee the regeneration of the Olympic park after the Games, the body spent the first two years of its life re-working the 10,000-home “legacy” masterplan for the site, and in an interminable but ultimately successful £438m battle with the Treasury to get debt-free ownership of the park post Games. Now, one year before the 2012 Olympics itself, those battles are over. As well as overseeing the sale of land to developers, key new commissioning powers make the OPLC a body that contractors need to get to know. And quickly.

We really need to get going. We need to have everything in place the moment the paralympics is over

So what is Ford’s next move? First, on the subject of the “scandal”, Ford has little to say. The OPLC knew corporate services director Dionne Knight was in a relationship with Ian Tompkins, a director of West Ham who was masterminding the club’s Olympic stadium bid, so it based its decision-making team out of an office at its lawyers, Eversheds, in order to avoid allegations of a conflict of interest. What it didn’t know was that Knight also appears to have been undertaking paid consultancy work for West Ham, at the point the OPLC was supposed to be deciding between the club and its north London rival. “All I can say is that I expect and hope the investigation will show the process wasn’t contaminated, but we have to let it take its course.”

Sunday Times exposés aside, for Baroness Ford work doesn’t get much better than running the OPLC. The former chair of regeneration quango English Partnerships describes the job as “utterly irresistible”. Highly respected in the regeneration world, the Glaswegian former journalist was made a Labour peer by John Prescott for her work at EP. Ford’s connections, along with a demeanour that, though friendly, conveys more than a little Glaswegian steel, mean she is not a woman to be crossed. Both aspects have been key to winning not just the site freehold, but also £291m of funding in the spending review, and, most recently, the power to commission the £315m transformation works after the Games.

The OPLC’s most immediate task is to appoint a delivery partner to oversee the building works needed to convert the park from Games-time to legacy mode, with Building last week tipping Mace to get the job. The work will involve reducing the amount of seating at permanent venues such as the aquatics centre, removing temporary venues, and slimming down the number of bridges and pedestrian routes to suit smaller flows of people. Winning the responsibility to commission this allows the OPLC to ensure it’s done exactly as it wants and, says Ford, deliver it more quickly and efficiently. 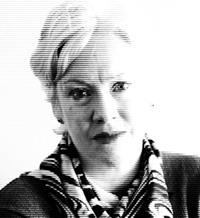 The delivery partner will have to hit the ground running - Ford says all of the main tier 1 contracts have to be let before Christmas. While some of the re-working of the venues will go to existing contractors, firms for the majority of the work have yet to be chosen. This doesn’t necessarily mean going back out to the market though. “We will use existing frameworks where we can,” Ford says, “because we really need to get going. We need to get this procured and everything in place to be ready the moment the Paralympic Games is over.”

In September the 8,000-home planning application for the site - to be called the legacy communities plan - will be submitted. It was Ford’s idea to review the plan to make more of its connection with sport and the prestige of the Olympics and to promote family housing, but it’s all taken 18 months longer than she thought it would. “I was probably being optimistic. We spent the best part of 15 months making sure that the boroughs were on side, and that the Treasury accepted the shift to a family housing model. It was worth taking the time to get a masterplan that everyone loves.”

Furthermore, all of the other venues have to have preferred post-Games operators selected before the end of the year, and a formal competition for the first major housing site - for 800 homes adjacent to the 2,800-home athlete’s village - will also be launched in September. Ford says the OPLC will hold on to its freehold ownership, expect developers to pay a uniform planning tariff, and may issue design guidelines. “We’ll come out with a development brief. If we have design guidelines they’ll be made available. Then people will bid from a quality point of view and a financial point of view.”

One bid that doesn’t seem to be getting very far is that by medical charity the Wellcome Trust. It has gone public with an ambitious £1bn regeneration plan for the whole of the Olympic park, including the athlete’s village, where it is understood to have lost out to a joint bid by Delancey and Qatari Diar. Ford won’t comment on the village - it is controlled by the Olympic Delivery Authority - but says OPLC won’t be evaluating Wellcome’s bid, and doesn’t seem to be weeping into her beer about it. “Since they explicitly included the village, that aspect wasn’t something that we could consider as I had made it crystal clear to them that it wasn’t in our remit to do that. We did, of course, assess their proposal, but just on those aspects that come within our remit.”

The 2012 Olympics were supposed to be the regeneration Olympics, leaving no white elephants. And while Ford says she is now more optimistic than before about the chances of getting a tenant for the giant broadcast centre, with four or five “serious bids”, she admits that some of the venues may not ultimately be economically viable. She also admits that, despite all the rhetoric, the ODA was limited in what it could do on this front. Former ODA chief executive David Higgins “put a lot of effort into the legacy”, she says, but adds, tellingly, “where he’s been able to”.

It’s here that Ford wants to direct her energies, rather than fighting the possibility of further legal challenges from Tottenham. “I’m excited about this whole regeneration project. But in the last two weeks I’ve been getting excited for all the wrong reasons.” Hopefully the next few months will allow her to return to the task in hand.