4
My employer helped me
Focus

My employer helped me 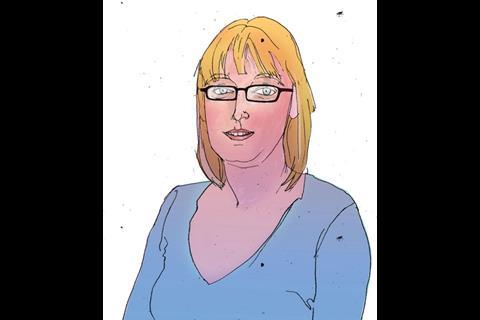 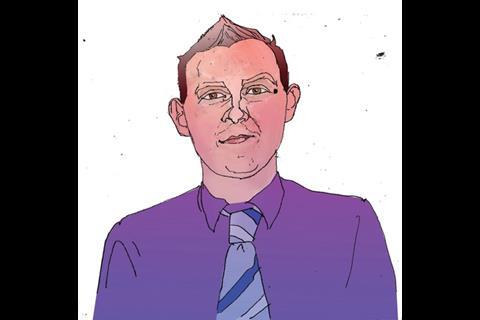 … get a new career

When Fay Benson started working as a PA at consultant Northcroft, her first task of the day was organising others’ diaries; two years on, she focuses on her own schedule. After six months doing paper work for project managers, Fay decided she’d rather be doing their job. She told her bosses she wanted to train to be a project manager and now, with their support, she is doing just that.

“I joined Northcroft as a PA and branch administrator because that was what I’d always done, but I knew I was looking for a career path,” says Fay, who has a degree in theology from Westminster College, Oxford.

After settling in, Fay decided she wanted a radical change. “I liked the industry and the work people around me were doing. I liked that as a project manager, you can see things coming together,” she says. “The management were open to discussion, so we sat down and discussed my idea. Once we decided it was viable, we looked into training options.”

Training started with a one-year BTEC foundation course at Oxford and Cherwell Valley College. “At first, I was doing some administrative work, too, but then that was taken over by someone else. My academic training continued on a day-release basis and I was trained in the office too,” she says.

This September, Fay started studying for a Higher National Certificate in construction and she believes she’ll be fully qualified in three years.

“I was looking for something, and I found it,” she says. “Had Northcroft turned my idea down, I’d probably still be looking.”

Fay’s line manager Chris Kimber-Nickelson says the decision to pay £1,000 a year for her college fees was a fairly easy one. “Fay already had a degree, albeit not in a construction subject,” he says. “She demonstrated intelligence and had the strong personality needed for the job.

The managementwere open to discussion,so we sat down and
dicussed my idea. Once we decided it was viable,we looked into training options

“Fay could have dropped out of work and done a full-time degree, but it’s much better for us to have somebody in the office. As she was a non-cognate we thought day-release was the most appropriate route as it meant she would get to know the nuts and bolts of the business as well as softer skills such as chairing meetings.

“Fay stayed on the same salary when she moved from her role as administrator to trainee project manager. Although her productivity was lower when she first started her new role, we were able to continue working with someone we knew. We believe that supporting Fay builds loyalty for both parties.”

… travel around the world

“Many people go travelling after school or university, but I missed out on that,” says Scott McPherson, 29, a building surveyor for engineering design firm URS. “Circumstances at the time meant I didn’t travel that’s why travelling with work is a big thing for me.”

During his three-and-a-half years with URS, Scott has worked in the Falkland Islands, Finland, Spain, Poland, Italy, Holland, Belgium and Ireland.

“In the past couple years, it has felt like I’ve been away every month or so,” he says. “My first trip abroad was to Amsterdam and Brussels. I was very much thrown in the deep end as I hadn’t travelled alone before – I hadn’t had any travel experience really.”

Since then, Scott’s has lived by himself on a military base in the Falklands for three months an experience he describes as definitely “not a holiday”. He also spent two weeks on Ascension Island “a tropical dot on the landscape halfway between here and the Falklands”.

His transformation from novice traveller to highly organised jetsetter has meant Scott’s had to learn to think on his feet. “Sometimes we get told the day before we’re going away. You don’t get much time to think – you just go home and pack your case.”

Working in foreign countries on my own means I have to stand on my own two feet. Going away without a supervisor means I’m being relied on to produce the goods

Trips are often arranged at short notice because surveying buildings can be one of the last procedures in sensitive deals. “Most of the work is due diligence for real estate investors, where one company is buying another, but needs to make sure nothing is wrong with the buildings. It mainly involves surveying retail and hotel portfolios, but in Poland I worked on the refurbishment of industrial facilities to make them suitable for producing Black Hawk helicopters.

“There are no set hours it’s a matter of getting the job done in the time available, and it’s mainly all done on site. In the South Atlantic we tend to work 50 hours a week, including a half-day on a Saturday. Of course, we’re paid for all the extra hours.

“Working abroad has given me confidence in dealing with clients. When you’re out there, you get to know them and socialise with them, but at the same time you’re aware they are still clients.

“Working in foreign countries on my own means I have to stand on my own two feet. Going away without a supervisor means I’m being relied on to produce the goods.”

Michael Smith is associate director of URS’ strategic facilities management group and Scott’s boss. He says staff that work abroad become more highly motivated. Trainees, in particular, benefit from working in foreign countries for one thing, they make better progress on their way to becoming chartered. “Working abroad focuses people’s minds,” says Michael. “Their planning and project management skills improve because they have been in situations where they don’t have their usual resources. They come back much more able to get involved, particularly with clients.”

As a result of its work abroad, URS has the edge when it comes to recruitment, says Michael. “These days there’s a lot peer pressure, particularly between trainees. They’ll always be looking to see if the grass is greener.” One of URS’ trainee building surveyors, Douglas Law, 27, says this is apparent when he is with the others on his day-release course at Glasgow Caledonian university, most of whom work only in the UK. “They’re always asking where I’m going next,” he says.

… spend time with my son

In 1999, Emma Jackson, 37, gave birth to Amy, her first child. After taking maternity leave she returned to her full-time position as the only female on the technical team at Holder Mathias Architects in Cardiff. Three years later, she had her second child – a son, Sam. Again, she returned to work after maternity leave. It was only when Sam was diagnosed as being deaf that the machismo that surrounds her profession threatened to put an end to her blossoming architectural career.

I told my employer I needed to work a four-day week and they were great about it they didn’t even dock the full amount from my wage. They said ‘you have enough to deal with at the moment’

“Sam was one year old when he was diagnosed as being deaf. When he got a bit older it became apparent that he needed more attention from his parents. My husband and I agreed that we would each take one day a week off to spend with him,” says Emma.

“I told my employer that, for the short-term, I needed to work a four-day week and they were really great about it they didn’t even dock the full amount from my wage. They said ‘you have enough to deal with at the moment’.

“After six months I came back to full time, and Sam went forward for a cochlear implant. Work gave me two weeks extra paid leave to deal with that, so I didn’t have to take it out of my holiday entitlement.

“Now that Sam’s in school, I have arranged to take an extra 15 days unpaid leave so I’m flexible to fit in hospital appointments and during school holidays. I start my day at 9.15am, even though the working day here starts at 8.30am, and make the time up.

“My employer’s support has been invaluable. I don’t know what I’d have done if Holder Mathias hadn’t allowed me the flexibility I needed. The perception is that architecture is not a particularly friendly environment for working parents so, despite having trained for seven years to be an architect, I would have had to do something else.

“Even if I’d stayed in architecture, I would probably have had to agree to a drop in salary and move to a supporting role. I’m an associate architect, so I front projects, but I may have had to take a position as a project architect or even an architectural assistant.”

Peter Gamble, managing director of Holder Mathias architects, says there are personal and practical reasons for accommodating Emma’s needs. “Emma has worked with us for 12 years. She has grown up with us and we wanted to help her,” he says. “There is also a very hard-nosed commercial reason for supporting her. When you’ve got somebody who knows the business and you know you can rely on them, you don’t want to lose them.”

Although Emma was the first female architect at the firm, there are now other working mothers, and indeed fathers, at Holder Mathias who work flexi-hours.

“There is a macho culture in architecture that makes it particularly mother-unfriendly,” says Peter. “There’s the idea that if you’re not at work until nine o’clock every night you can’t be doing your job properly. It’s nonsense. If you’re a properly managed business, you can do your job within reasonable working hours.”