No rush to judgment 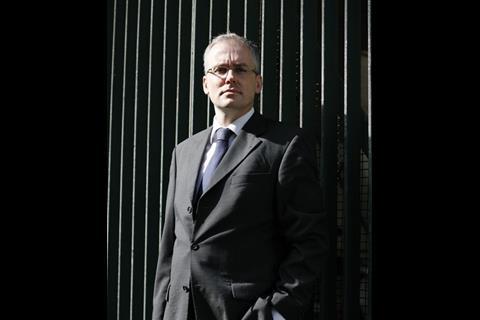 Housebuilders and planners have blamed each other for the UK’s housing shortage, but the head of the National Housing and Planning Advice Unit believes a more rounded approach is called for. Mark Leftly meets Kevin Williamson

After the feistiness and bullishness of legendary housebuilder Tony Pidgley and planning supremo Katrine Sporle, Kevin Williamson offers a much more considered tone to Building’s Planning in Crisis series.

Pidgley spoke with some emotion about how housebuilders have been unfairly accused of landbanking and clogging up the planning system with appeals, while Sporle attacked the same group for submitting poorly designed schemes. Both, though, admitted that the planning system had become bunged up, and had contributed to the chronic shortage of new housing in the UK.

Williamson is not into the blame game. A former civil servant, he has been chief executive of the government-sponsored National Housing and Planning Advice Unit (NHPAU) since it was set up at the end of last year. Told what the series of interviews is about, he answers “cool, cool, cool”, but it is one of the few times he speaks in an informal lingo.

Rather, he sits thinking through his answers carefully. He is rarely bowled a googly, but he watches carefully for the spin of every question nevertheless.

First and foremost, he wants to make it clear that the market is too complicated a beast for one party to be at fault. “The blame culture is inevitable,” he sighs. “It’s complex. People latch on to one thing from their perspective.”

Williamson is referring here to the intertwining impacts of rising interest rates, the changing demographics of potential buyers, and the demolition of substandard, abandoned housing.

There is no doubt a lot of wisdom in what he says, but it also feels overly cautious. He tries to placate that fear: “The premise from my unit is to try and cut through that complexity for people. It seems relatively clear that if the industry is building 180,000 units a year while the rate of household formation is 220,000 and second-home demand is 5,000-10,000 a year, then lack of supply is a big part.”

This, though, is not dramatically enlightening, and in fairness, Williamson seems to realise this. But he must come up with some ideas quickly. Much is expected of the NHPAU. Officially launched at the start of June, its board includes such luminaries as Stephen Nickell, a former external member of the Bank of England’s Monetary Policy Committee, and Paul Cheshire, a professor at the London School of Economics.

Williamson argues that, board aside, he has only 12 staff, and so is only a small part of the solution. His team is focusing on three key areas:

This last issue is the one that prime minister Gordon Brown is focusing on, and by the end of the year, Williamson has promised to have identified what the unit considers to be the main priorities to help alleviate the crisis. It is likely that this will include the impact on prices of buy-to-let, second-hand homes and the affordability of social housing.

Again, it is not earth-shattering stuff, but there is a sense that Williamson feels the political mood has changed, that such is the crisis that it is time for sensible targets and ideas rather than kneejerk policy changes and hysterical accusations. “Historically, if there is a will, there is an ability to drive up the [housing] numbers significantly. It’s a matter of ensuring a coalition of the willing.”

Williamson says this new prevailing attitude is demonstrated by Brown’s commitment to pushing housing to the centre of his policy agenda. He believes that the similar language used by housing minister Yvette Cooper and Michael Gove, her shadow until the recent Tory reshuffle, represents “a political consensus”.

Williamson clearly approves of this more sensible age, and it is interesting to hear someone actually argue that recent initiatives should be allowed to bed in before being judged. Williamson says the planning policy PPS3, which the government announced last November and which sets requirements for local authorities to release brownfield land, and the much-criticised planning white paper, both need to be given a chance.

He describes the former as “really interesting”, and while he admits the latter is focused mainly on large infrastructure projects, it should indirectly boost housing by streamlining the planning system.

Williamson can sometimes seem a little guarded. On interest rates, he admits that recent rises have had a “depressing effect on house prices”, but adds quickly that they are historically low and cannot be seen as an “isolated” factor.

And on the Office of Fairing Trading investigation into housebuilders, which includes a look at whether the companies have indeed been landbanking, he only says that the “allegation is often made” by regional planners. However, he does add: “I don’t think the OFT undertakes reviews lightly. Surely it’s better to have an OFT review that comes out with some tough points?”

And perhaps that is his point: that it is up to the likes of the OFT to set difficult targets and tell some home truths. Williamson’s unit is there to advise, and ensure that all the constituent elements involved in sorting out the planning crisis get down to the objective of actually building some homes.

And maybe it is not such a bad thing to have some people involved in this sorry mess who like to think things through, rather than simply point the finger.

What’s caused the problems A complex mix, but the problem is more one of supply than demand
Who’s to blame  Nobody. It’s too simple to blame one set of people or a single factor
What should be done  Ensure that housing remains at the top of the political agenda and that the will is there to raise house numbers.

For the interviews with Tony Pidgley and Katrine Sporle, search www.building.co.uk/archive