Recession architecture: 'The icon era is over' 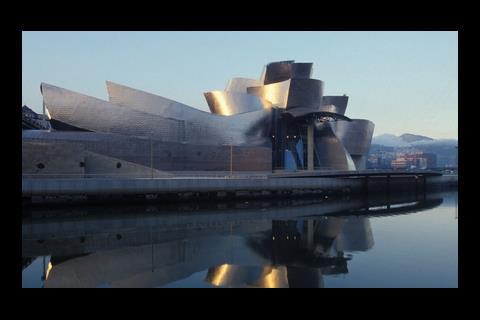 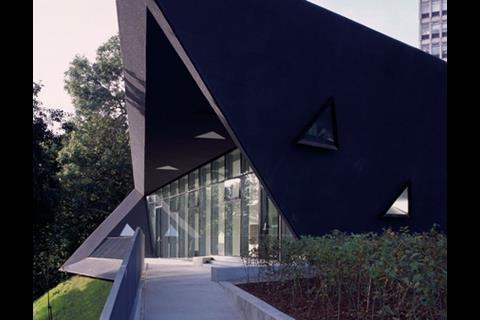 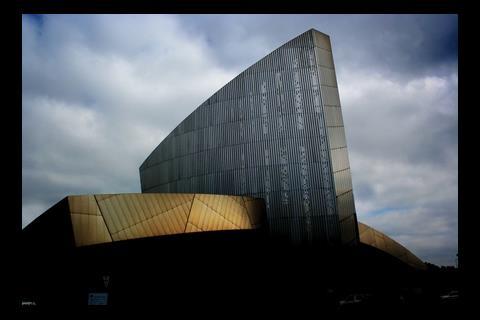 And about time too, many will say. But the question is, what kind of architecture are we going to build in a time of recession? One thing’s for sure: there are going to be far fewer twisty, spiky, blobby towers going up

I first heard it from Terry Farrell. During an interview last October, we were talking about a recession that already seemed inevitable. “The only good thing about a recession,” he said, “is that it gives you time to think about your plans, and take stock. Don’t print this, but recessions can be good for architecture.”

I didn’t print it then, and am only doing so now because I’ve heard it from so many other people. The Japanese architect Kengo Kuma said more or less the same thing when he accepted his Honorary Fellowship from the RIBA in February, and the 2009 Royal Gold Medal winner himself, Alvaro Siza, talked to Building of a return to austerity and consideration in architecture. “I think that from this crisis will emerge another moment,” he said. “An architecture that is essential and not reliant on things that are not needed.”

What is not needed, it is becoming increasingly clear, is the architectural icon. Although it is a problematic term, an “iconic building” is one that shouts about its presence, that transcends its context and makes a commanding statement. It might be a svelte skyscraper or a curvy blob, and will as likely as not have been designed by what national journalists like to call “starchitects” – Zaha, Gehry, Viñoly et al. But in the new financial reality, the concept of a building that shows off its material wealth has become unfashionable. But when the developers begin building again, what kind of architecture will take its place?

“The icon era is over,” says Steve McGuckin, the former development director of Land Securities. “That’s not to say that you won’t get great buildings with great architecture, but there is a feeling now that environmental and economic issues are more pressing. The ostentatious display of wealth in architecture will be in poor taste.”

Self-consciously iconic designs are already being scrapped in favour of less adventurous schemes. In 2006 Legal & General and Stanhope, its development partner, brought together two of architecture’s biggest names, Norman Foster and Jean Nouvel, to design a mixed-use scheme at Walbrook Square in the City of London. Original designs showed four cloud-like structures, which were immediately nicknamed “Darth Vader’s Helmet”. A redesign made it more commercial and crystalline, but the sale of the building to Spanish client Metrovacesa is understood to have provoked further changes. One of the options on the table, according to sources close to the scheme, is a new approach by American architect Gensler. It is no Ateliers Jean Nouvel, but its experience of workplace design could mean a more economically advantageous scheme for its cash-strapped developer, which is keen to avoid the redundant space that is a perennial feature of adventurous designs. Similarly, ambitious proposals by Will Alsop for a tower at 151 City Road were thrown out in favour of a more conservative scheme by Jestico + Wiles. Other architects are having to redesign their own schemes to make them more economically viable: Herzog & de Meuron’s revamp of its Tate Modern extension is one example.

“A lot of people are going to look again at schemes on the drawing board and work out how they can become more efficient, and how to get costs down,” says Nigel Webb, development director of British Land.

“You’re not going to see many construction projects starts in the next couple of years, and some of the more iconic schemes will be shelved.”

McGuckin, before he left Land Securities for Turner & Townsend, was responsible for bringing Jean Nouvel’s One New Change and Rafael Viñoly’s as-yet-unbuilt Walkie Talkie tower to the City of London. He sees things somewhat differently. “It depends on how long this thing lasts,” he says. “If it’s a two-year slowdown with a bounce back in 2011, I can’t see a lot of changes. But if we’re looking at five years in the cold, then we could see a different movement altogether.”

Clients may see the “iconic building” as an expression of their financial capabilities, but planners are most often after something else. When such buildings are given planning permission, it is usually because of the anticipated “Bilbao effect”. Frank Gehry’s 1997 Guggenheim Museum in Bilbao, an unapologetically bold “event” building, was widely seen to have single-handedly regenerated the entire city. As a result, second cities around the world sought their own pieces of iconography. “Bilbao was a big shift in terms of how architecture was perceived in the market,” says Declan Carroll, the principal of Arup Associates. “Suddenly, it was seen to be something that would transform a place’s cultural identity. But that’s the opposite of what architecture should be about. It should be the other way around, surely – a place’s cultural identity should inspire its architecture.”

Places in the UK sought the Bilbao effect, but ended up building white elephants. Daniel Libeskind’s bombastic Imperial War Museum North in Salford, completed in 2002, is probably the most high-profile misfire. Will Alsop’s The Public, a £50m arts building in West Bromwich that has not opened nine months after completion, has already become synonymous with over-reaching regional ambition. Webb says the recession will effectively put an end to these sorts of projects.

“When you go to some of the provincial cities and see some of the buildings that have shot up there in recent years, it does make you wonder how they got built,” he says. “Those sorts of opportunities will disappear now, perhaps for good.”

What, then, will replace it? In the short term, not much. Apart from schools, infrastructure and the Olympic Park, little is going to get built in the UK in the next couple of years. But entries are flooding in to what few design competitions there are. A recent competition to design a humble £5m data centre for the British Film Institute attracted more than 100 interested parties. Even those who might not have entered competitions a year ago are starting to now. Gehry last month popped up on the shortlist for a £300m university campus in Glasgow alongside firms such as Building Design Partnership, Atkins and Archial.

In the longer term, many agree with Siza that a more modest architectural vernacular will prevail once developers begin building again. McGuckin names David Chipperfield as the type of architect whose considered minimalism will appeal to clients. “If you look at the BBC Building at Pacific Quay, it’s not an expensive building. The cost is in the technology rather than the architecture. It’s an object lesson in how to make the money work quite hard.” Of course, an executive architect, Keppie, took over from Chipperfield on that particular project in 2004, but the industrial aesthetic remained the same.

Others say the icon is not dead just yet. Hanif Kara, principal of the design-led engineering consultant Adams Kara Taylor, has worked on many iconic projects, but he doesn’t like the term. “When you say ‘iconic’, you mean ‘something that costs a lot’,” he says. “There’s a perception that something that has curves, for example, will automatically cost more, but it doesn’t have to be the case.”

He predicts that big-name architects will continue to design as they have done but that they will need to adapt. “There will still be a global demand for design-led architects. The likes of Zaha will always design curves. The challenge will be to convince the clients that good design can add value without cost. The architecture will need to be considered, and not do crazy, costly things.”

Many of the architects who have become known for their ostentatious buildings started out designing small, radical projects – Zaha Hadid’s Vitra Fire Station in Germany a notable example – and perhaps if these practices are forced by the state of the market to build £5m data centres rather than £500m skyscrapers, a sense of proportion will prevail. It might be a difficult sell to the thousand or so architects now claiming the jobseeker’s allowance, but the economic slowdown will force the design community to take a step back and examine the work it is doing in more detail. A recession is indisputably bad for architects, but it could be good for architecture.

‘I guess my work has become a kind of sculpture as architecture. It started with the Barcelona fish. And that was again intuitive. I just started drawing fish. And then they started to have a life of their own’ Frank Gehry

‘Many years ago I wanted to become a singer. I also think I could have gone into politics or become a shrink. These are the things I think I was sent to do’ Zaha Hadid

‘Our architecture must be for all five senses. A sensory whirlwind. Otherwise we chop it off, we limit it, we mutilate it’ Jacques Herzog

‘I am always in black so it is very easy. I avoid everything else. Black in spring, autumn and winter, but in the summer months, when I am in the south of France, I wear completely white’ Jean Nouvel

‘Who do I build for? I think every building is addressed to someone who is not here. Every building that is good is not addressed to the public, that they walk around and find themselves to be comfortable. It is addressed to those who are unborn, in both senses: of the past and in the future. I think that is who they address and that is what makes them important. To that extent, every human being is really unborn’ Daniel Libeskind

Original print headline: The icon era is over