Construction failings at Grenfell Tower have highlighted the need for an overhaul of building control to ensure inspectors pick up on breaches of the Building Regulations. What is less clear is exactly how this should be done. Thomas Lane reports

In the wake of the Grenfell fire, similar cladding is removed at Hornchurch Court, Hulme, Manchester

Last month a leaked report revealed a catalogue of construction failures at Grenfell Tower that contributed to the spread of the fire and hindered escape by residents. Prepared for the Metropolitan Police by BRE Global, failings included cavity barriers too small to seal the ventilation gap within the cladding system and gaps between the window frames and concrete columns of the building filled with flammable materials; both would have contributed to the fire spread. The report also found that nearly half the fire door closers above the fourth floor were either missing or not working, allowing smoke to spread from the flats into the stairwell, the only means of escape for residents.

Kensington and Chelsea council’s building control department carried out 16 inspections during the 2016 refurbishment to ensure that the works were complying with regulations. For reasons unknown they did not pick up on these building regulation breaches.

Concerns over the way that building control functions prompted Dame Judith Hackitt to identify a range of problems in her interim report into the disaster, released in December 2017. These include work starting on projects before the designs have been signed off as compliant by building control, inadequate documentation detailing the as-built status of projects, and the need for greater liaison with fire and rescue services. Hackitt also identified a perception that private approved inspectors are less independent than local authority building control officers,

Hackitt also questioned the use of desktop studies, in which variations in the cladding specification from a full-scale fire test are modelled and signed off as safe by building control without laboratory testing.

So is the building control system broken and how can it be fixed? 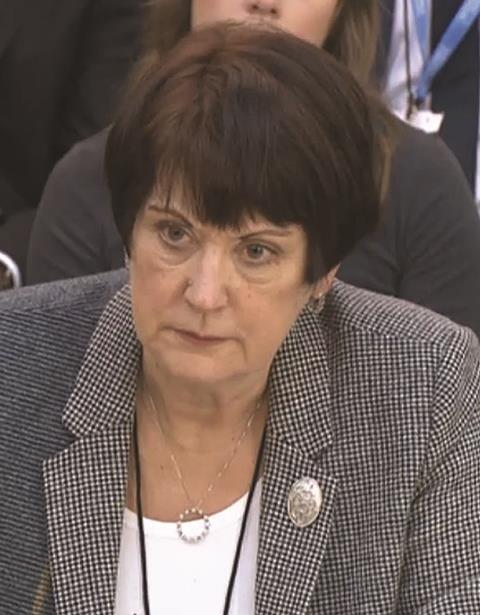 A fundamental concern is that competition has driven standards down. Since 1985 clients have been able to choose between building control services provided by the local authority or private companies known as approved inspectors. Both charge fees for their services. Barry Turner, the director of technical policy at Local Authority Building Control (LABC), the organisation that represents council building control departments across England and Wales, concedes that competition was initially a good thing but says the long-term impact has not been helpful.

“These days building control is commodity-driven, primarily by the industry as it wants cost-effectiveness. The levels of fees have come down across the board and our members are under pressure to deliver income from their financial managers,” he says.

Lower fee income translates into fewer inspections, which means work that does not comply with the regulations is less likely to be picked up. If scrutiny is to be increased in the wake of Grenfell, this will inevitably mean higher costs. It is a legal requirement for local authority building control to be self-financing, so an increased number of inspections will push up the fees for local authority inspections as well as approved inspectors’ fees.

“If more inspections are needed it’s only going to drive costs up [in construction projects],” says Paul Timmins, managing director of Approved Inspector Services and vice-chair of professional body of the Association of Consultant Approved Inspectors (ACAI).

Approved inspectors are also governed by different regulations defining their functions, independence and proceedures. They are regulated by a subsidiary of the Construction Industry Council, CICAIR, which keeps a register of approved inspectors and approves those who want to join. Requirements include formal qualifications and experience, and successful applicants need to be audited every five years. Applicants are required to fill in a knowledge base matrix detailing their knowledge of building regulations and their experience with different buildings elements. Approved inspectors complain that these requirements do not apply to local authorities.

For its part LABC complains that approved inspectors are drawn from the ranks of local authority building control, which has borne the costs of training. It also says its inspectors are audited. “There are stringent audit procedures for local authorities,” points out Turner. “There is an elected portfolio member who has responsibility for building control and the public has a complaints procedure to follow and ultimately can go to the local authority ombudsman. That doesn’t happen with approved inspectors.”

“These days building control is commodity-driven, primarily by the industry as it wants cost-effectiveness”

Proposals for a single regulator

In its response to the Hackitt review, the ACAI is proposing a single body that regulates all building control bodies with a common set of rules covering competency, licensing and code of conduct. It has also proposed that existing rules on independence applying to approved inspectors are updated with the Building Control Alliance’s definition of impartiality.

“This [a single regulatory body] would address the concerns over differences in competence and competition by setting one set of standards and regulations,” explains Diane Marshall, NHBC head of technical services. NHBC, which is the largest approved inspector in the UK, is recommending that CICAIR’s remit be extended to cover local authorities.

The ACAI is also proposing an independent enforcement body to which building control bodies can refer serious breaches of building regulations. NHBC goes further and has suggested to Building that this role could be taken on by an existing body such as the Health and Safety Executive or Trading Standards or a new body could be created.

LABC’s Turner sounds a note of caution on these proposals. He says there is nothing wrong with the current enforcement regime procedure; rather, the problem is the cost. A survey of LABC members showed it costs local authorities an average of £10,000-£12,000 to take an offender to court but the average costs awarded against those found guilty is less than £1,000 while the fine is usually less than £5,000 – which would go into central government coffers anyway.

“We calculate the average saving to perpetrators was in the region of £12,000,” Turner explains. “It’s actually cheaper to go to court and pay the fine and costs rather than put the job right. The court does have the powers to get the jobs put right, but these are never used.” Turner says shifting enforcement to a dedicated body is pointless unless it provides a more effective enforcement regime.

Other proposals backed by the ACAI include the creation of an appointed person who oversees the information flow on jobs and is responsible for compliance with building regulations. LABC says there are also discussions around the idea of setting up a system similar to that employed under the Construction (Design and Management) Regulations, whereby a duty holder is appointed to take responsibility for each stage of the job – this includes the client, the designer and contractor.

NHBC is behind a proposal to make it obligatory to obtain approval of designs before work starts. It concedes this could add upfront costs, although Marshall says the overall impact could be cost-neutral. “These costs would be offset by greater design certainty and efficiencies in the construction process bought about by less waste and streamlined construction to an agreed design,” she says.

Although it remains to be seen what Hackitt’s final report recommends, it represents an opportunity to finally address the issues that have bedevilled the building control sector since long before Grenfell.